Round 2 With Shea Serrano - 405 Magazine 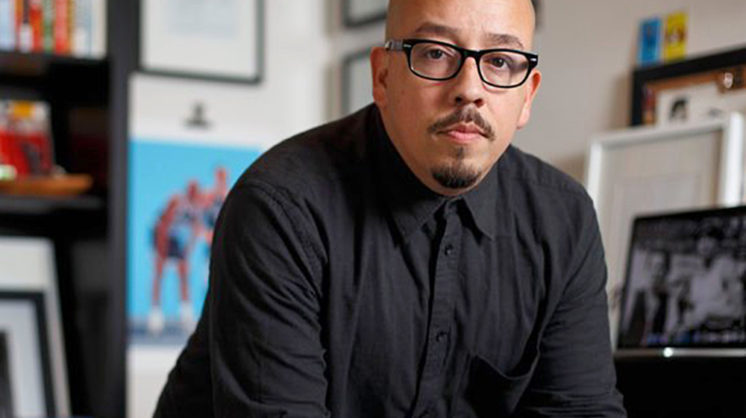 Editor’s note: This is part two of an interview with superstar sportswriter, bestselling author and Twitter legend Shea Serrano. As the result of an invitation from the Metro Library’s adult engagement supervisor Judith Matthews, Serrano will be at the Downtown Oklahoma City Public Library at 2 p.m. March 17 for a presentation about writing and freelancing, followed by a book signing. Part one of the interview is here.

Serrano is a lifelong San Antonio Spurs fan, so I asked him about the alleged parallels between the Oklahoma City Thunder’s front office and that of the Spurs. Thunder fans and local sportswriters tend to make a lot of Thunder General Manager Sam Presti’s years in the Spurs organization, and hope, by some divine transference, to bring that same level of consistent success to Oklahoma City.

Do you see the parallels between the Spurs and Thunder organizations, or is this a myth OKC fans have used to sustain their hopes for the future?

“I think right now it’s a myth. I don’t know how you can look at what the Spurs have done versus what the Thunder have done and say it’s a similar culture. Just last night (Ed: January 21) the story broke about Tony Parker no longer being the starting point guard for the team, and he’d been the starter for 17 years. He came out and said, ‘I’m not starting anymore. Dejounte Murray is playing better than me, so he deserves to start, and I’m going to be his mentor, and I’m excited about that.’

“That was the conversation, and it was just like we saw with Manu Ginobili or Tim Duncan or David Robinson. We’ve seen them all do it. Then you look at the Thunder. You have this list of great players that have walked away from the team because they wanted to, not because they were traded away. It’s hard for me to say these guys are doing the same thing as the Spurs.”

In spite of the organizational issues, Serrano was upbeat about the Thunder’s potential – although this interview occurred the week before the Thunder’s premier defender Andre Roberson went down with a season-ending injury.

Where do you think the Thunder is in terms of their standing in the Western Conference?

“It’s hard for me to write them off, even though they haven’t been playing very well. There was that great game against the Cavs, which was great to watch, because that’s the version of basketball everybody was anticipating the Thunder would play. It’s still hard for me to say they’re just not that good, because I feel like, how can you not be good when you have Russell Westbrook, Paul George and Steven Adams, who has been playing really well this year? That’s not even mentioning Carmelo (Anthony); I’m not a huge fan of his, but I still think that in the West, the Thunder are still … well, you can make an argument that you guys are the third best team, and probably the third best in the league right now. I don’t know that you are, but that’s where I’d try to slot you.”

After the injury, we reached out to Serrano again to ask if he’d like to change his slotting. He replied with one word: “No.”

Finally, he also addressed the issue of Russell Westbrook breaking the triple-double record set by Oscar Robertson in the 1961-62 season. A few local commentators have remarked that the quest for the record made it difficult for other players to be fully developed, a choice made by the organization that would affect the Thunder in years to come.

In your estimation, given the criticisms of the choice to support Russ’s run, was the triple-double quest good for the Thunder?

“It was 100 percent good for the team. How could it not be good for the team to have a guy break a record that nobody thought would ever be broken? Really, what else was the Thunder going to do that season? Let’s say Russ averages only eight assists instead of ten, and nobody remembers the season ever again. It was a good thing to watch because everyone knew you weren’t going to win the title. (Ed: We didn’t.) Everybody knew that even if the team made the playoffs, they’d be out in the first round. Everybody was watching to see Russell Westbrook do something special, which he did. He did a superman thing that no one else in the NBA could do, or probably will ever be able to do again, for at least another 40 years.”