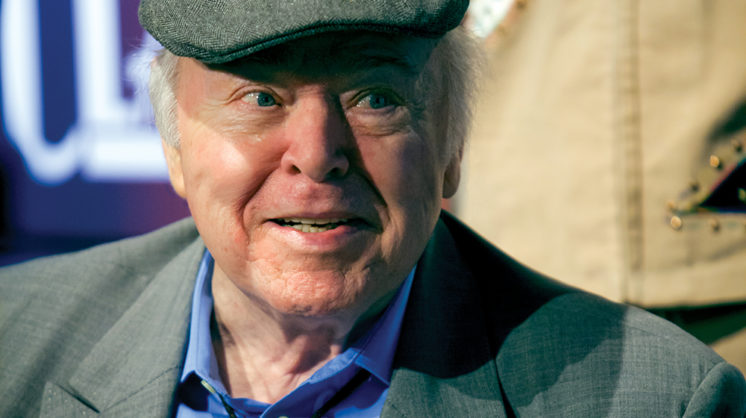 Clark has been making music for more than a half-century, and has won multiple Entertainer of the Year awards from both the Country Music Association and the Academy of Country Music. In 2009, Clark was inducted into the Country Music Hall of Fame, and has been a member of the Grand Ole Opry for more than 30 years. While he’s most commonly known as a country entertainer, he has also had hit records on the pop charts, including “Yesterday When I Was Young” and the novelty hit “Thank God and Greyhound She’s Gone.” Clark hosted “The Tonight Show” multiple times, was a guest on “The Muppet Show” and even appeared on “The Beverly Hillbillies.”

Since the mid-1970s, Clark has made his home in Tulsa. 405 Magazine had a chance to sit down and visit with the “Hee Haw” star during a recent press junket in Bricktown.

How long have you lived in Tulsa? “I was living back east, and in 1976 I went on a concert tour of Russia. I was the first country music entertainer to ever perform in the Soviet Union. When I got back to the States, one of my first shows was in Tulsa. So in one tour, I left as a Yankee and came back as an Okie.”

You have some longtime roots in Oklahoma, having performed with our own “Queen of Rockabilly” Wanda Jackson. “Yes, I was in Wanda’s band, the Party-Timers, back in the early ’60s. She is a sweetheart. She is actually the one who put me in touch with Capitol Records. I just saw her last week in Nashville.”

On “Hee-Haw,” you and Buck Owens were known for your “pickin’ and grinnin’” with you on the banjo. Was that the first instrument you learned to play as a kid? “Yes, it was. When I was starting to learn, I had to go where the instrument was, because we couldn’t afford to buy one. My uncle had a mandolin, so I learned to play that. And my dad had a tenor banjo. After the mandolin and banjo, I graduated to guitar. That’s when I decided there’s more to this than I was aware of, so I went out and decided to see if I could make a living at it.”

Do you remember the first time you were on television? “Yes, I was still living at home with my parents and appeared on the old DuMont network in 1947. That was a long time ago. I saw Bob Hope on “The Tonight Show” one time; they asked him how long he had been on TV, and he said something like 40 years at that time. I thought to myself, ‘I’ve been on TV longer than Bob Hope!’”

“Hee-Haw” came along in 1969, and was sort of a cornpone version of “Rowan & Martin’s Laugh-In” that was on the air until 1992. How long did it take you to shoot that? “We only got together twice a year, in June and October, and did all our shows for the season in about two weeks.” 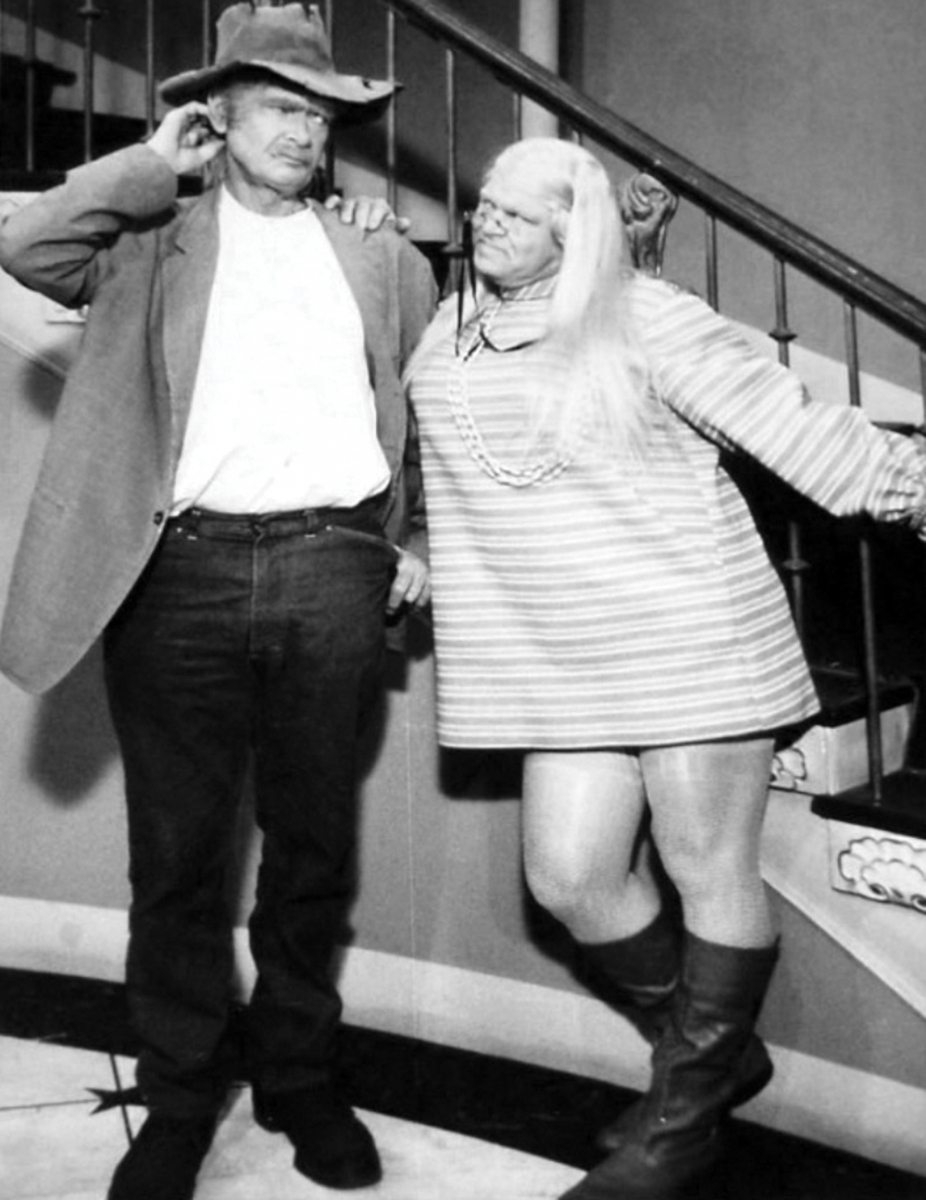 Do you ever catch yourself on the reruns? “Every chance I get! Sometimes I will see myself and think, ‘Well, that’s not too bad.’ Then other times I’ll see something and think, ‘Oh, why did I do that?’”

Back in the late ’60s, you appeared on “The Beverly Hillbillies” as Cousin Roy Halsey, and even did a dual role in drag as Cousin Roy’s mother, Myrtle. What do you remember about that? (Laughs) “Well, they had me in a mini-skirt and go-go boots, but they couldn’t find any pantyhose that would fit me. So I went out at lunch and bought the biggest pair of pantyhose I could find, and cut the feet out of them. When you saw the scene of me in the go-go boots, you couldn’t tell the pantyhose didn’t have feet!”

You’re going to be inducted into the American Banjo Museum’s Hall of Fame in September, so will you be coming back to Oklahoma City? “Oh, you bet! You can’t get rid of me yet.”