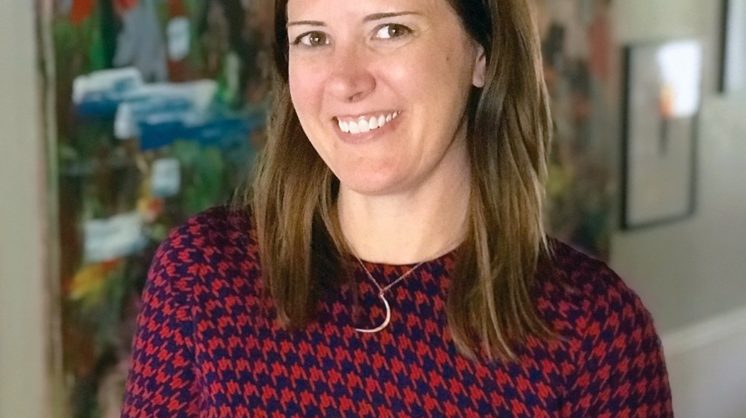 Sara Thompson is ready for her close-up. After six years of programming and promoting short films, Thompson has been selected as the new head of programming for the deadCenter Film Festival, Oklahoma’s largest cinematic event and one of MovieMaker magazine’s “20 Coolest Film Festivals in the World.”

The job is a huge responsibility: More than 1,200 filmmakers from around the world submit films to deadCenter each year, hoping to be among the 100 films selected to screen for OKC audiences during the second weekend of June. With 30,000 fans in attendance, deadCenter offers sold-out screenings, statewide press and distribution opportunities for short films and features alike.

Thompson is certainly qualified for the job. She’s an award-winning filmmaker with experience on feature films, short films, television shows and commercials, and has taught film production to high school and middle school students. And, perhaps most importantly, she served as deadCenter’s short film programmer for the past six years.

The opportunity to head up programming for deadCenter is a dream come true for Thompson, who discovered her love for film programming several years ago while attending the University of Oklahoma.

“I was working on my BA in Film Studies, when I heard about an internship at the OKC Museum of Art,” Thompson remembers. “I got the job and started working directly for Brian Hearn, the film curator at the time. I loved it all: selecting the films, negotiating with distributors and understanding how to grow an audience for independent films. That became my dream, to find movies that I love and share them with people.”

Film opportunities in Oklahoma were few and far between at the time, so after graduation, Thompson moved to New York City and landed a highly competitive production job with VH1 and MTV.

The networks kept her busy with high-profile projects: She worked on the “All Access” series, as well as “The 100 Greatest Rock Songs,” “Lindsay Lohan’s Hollywood Trainwreck” and Maxim’s Hot 100. After a couple of years, Thompson realized she would rather be doing production work at home, so she moved back to Oklahoma and immediately went to work.

“My first feature film was Pearl, produced by the Chickasaw Nation,” Thompson recalls. “It was the story of the youngest licensed pilot in history, so there were lots of airplanes, historic costumes and children. The production was a challenge, but the cast and crew were fantastic.”

Thompson continued to work on film and commercial productions, including Brooks Douglass’ Heaven’s Rain and The Rounder Comes to Town, which won Best Okie Short Film at deadCenter in 2010, and she started teaching film production classes at ASTEC Charter School and Putnam City High School. Throughout her time in production and education, Thompson volunteered at managing the deadCenter Film Festival box office.

In 2011, deadCenter offered Thompson the opportunity to be the festival’s first official shorts programmer. During her tenure, she elevated the shorts programs to new heights. She reached out to filmmakers at larger festivals to secure the best films from Sundance, South by Southwest, even an Oscar winner or two. She helped Oklahoma short filmmakers successfully connect with distributors such as ShortsTV to gain international distribution, while growing local audience for short films, hosting multiple sold-out screenings each year.

When deadCenter’s Director of Programming Kim Haywood decided to step down this fall, everyone agreed that there was only one person who could take the reins and lead the festival to new heights: Sara Thompson.

Barely a month into the new job, Thompson already has big plans. She wants deadCenter to become an Oscar-qualifying festival, and hopes to present and promote Oklahoma films and filmmakers in innovative new ways. She also expects to expand the slate of films to include more virtual reality and augmented reality experiences, while keeping key aspects of the festival intact.

“deadCenter has always been about celebrating filmmakers and the art of film,” Thompson says. “If we continue to strengthen relationships with local and national filmmakers, we will attract great films, draw excited audiences and help make Oklahoma City the coolest place in the world for independent film.”