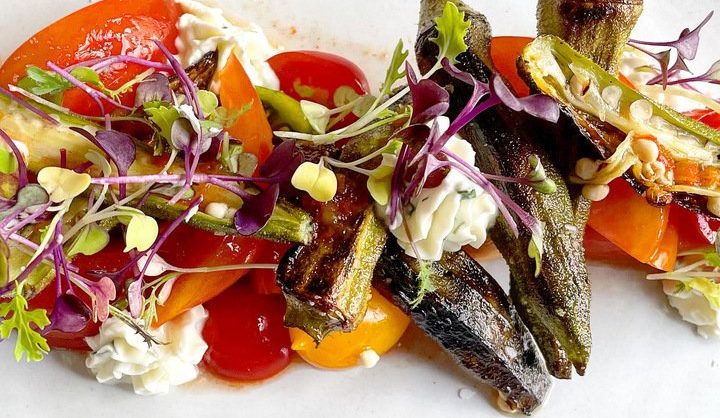 Scratch Kitchen and Cocktails-Paseo has new operating partners. Brady Sexton opened the OKC location in February 2018 in the newly completed Pueblo development – also home to Oso. After a couple shifts in personnel, including the departure of Chef Jacque Methvin, Sexton gave the reins at Paseo of Chef Zach Hutton and his wife Kayla Shenold, a veteran bartender and front-of-house manager.

“I stopped needing to go up there in early 2020,” Sexton said. “They were more than competent to run the operation. This next step just seemed the right thing to do, to give people ownership in something they were already running. We had talked about profit sharing, but with COVID and other things, that wasn’t working out, and I didn’t want to offer a perpetual carrot they could never achieve.”

With the financial freedom that came from the government loans that got restaurants through the pandemic, Sexton was able to buy out other investors and transfer those ownership shares to Hutton and Shenold, and he gave them some of his share as well. That means that as of May 20, the couple are now majority shareholders in their restaurant, and the autonomy they had before is now formalized.

Hutton is proving to be one of the best young chefs in the city, with a menu inspired by his upbringing in southwestern Oklahoma. “I grew up in Apache,” he said, “and my food comes from the food I ate as a kid in Oklahoma.”

His grandmother was an avid canner, as were many Oklahomans in the half century or so that followed the Depression. Hutton remembers the shelves of jars: chow chow, tomatoes, okra, peppers, etc. His love for food was matched by his curiosity about food, farming (he’s worked on farms) and cooking.

“Zach is a learner,” Sexton said. “He already had the chops when I hired him – they both did – but he doesn’t stop researching, experimenting, reading, learning. He’s grown so much just in the last year, and not just in the kitchen. His demeanor around guests has changed; he’s a chef-operator now, and it shows.”

Hutton’s food really does emerge from his Oklahoma upbringing. You can see it in nearly every dish. The current menu showcases okra in a few different ways, most notably the charred okra salad, and heirloom tomatoes abound, as do greens from Ruzyscki Farms, which are picked the day before they land on your plate. Pimiento cheese, flat bread, fried chicken, trout with black-eyed peas – all the food resonates with an Oklahoma childhood, especially the kind of childhood that involved picking berries (get the cobbler!), foraging in the woods, picking tomatoes off the vine in the backyard garden, and fishing in streams, lakes and ponds. He sources everything he can from as near to the restaurant as possible, and you’ll see the smoker on the patio.

Shenold’s bar is excellent, too. The cocktails are thoughtful, delicious, and like the food, beautifully presented. Both food and cocktail menus rotate seasonally, and her wine list is fun, approachable and eclectic. Scratch is a start-to-finish outstanding experience.