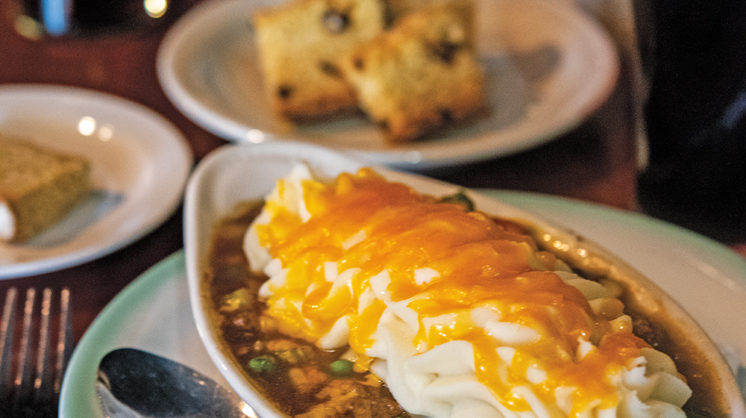 I had written it off as a missed opportunity. The Irish pub up in north OKC had been on my mental list of places to try since shortly after it opened, and for a few years, intermittently but regularly, I heard people say, “You should try Sean Cummings; it’s great.” I meant to. I was going to. Maybe not that day, but eventually. Then in 2014, *poof* – it was gone. The advice changed to “You should have tried Sean Cummings; it was great,” but like hearing the Stones play Owen Field in 1997, I had the chance and let it pass me by.

But now … well, what’s Gaelic for “phoenix”? Three and a half years after closing its doors, Sean Cummings Irish Restaurant is alive and well and serving up traditional pub cuisine, and after all this time, I’m finally in a position to say this: You should try it; it’s great.

Give much of the credit to personal expertise. The name doesn’t refer to a cartoon leprechaun or focus-grouped corporate mascot; Sean Cummings is an OKC chef who has emerald and orange in his blood. He has family in Ireland whose roots are centuries deep, and periodically visits to take a few shifts at his cousins’ pub near Galway or their specialty bakery called The Foods of Athenry. If he calls one of these dishes a family recipe, that means it’s legit. Cummings has kept busy over the last few years with multiple dining projects, but this one is closest to his heart … just ask him.

Despite his elation at having the opportunity to renew his dream gig by taking over the old Sophabella’s space on N May, he told us, he decided immediately that it would only work if he could do it alongside his former GM, Diana Ogle. Fortunately, she came along for the ride, and even managed to ensure that she wasn’t alone: Seven former staff members have joined her. Considering the small size of the old location and that more than three years have elapsed, that’s quite impressive. It means increased camaraderie among the staff and longtime customers, which only benefits the overall atmosphere. You’ll see familiar faces if you’re a former patron, and they’ll be glad to see you, too.

And the food is enough to make anyone glad, if they’ve a hearty appetite. Filling as the shepherd’s pie is, I mowed through a dish of it and a glass of Guinness (which basically counts as a side of bread) and still managed an enormous square of bread pudding afterward. “Pudding,” incidentally, is a somewhat mutable concept, basically whatever an Irishman says it is at any given moment. For example, the same word describes the loosely formed sausage patties in the traditional Irish breakfast, where they star alongside a tender rasher of bacon, a pair of eggs, a fried tomato half and a marvelous housemade banger. They’re not shy about protein, as you can see – we even got a salad that was topped with steak and potatoes. Everything we tried was outstanding, in fact, from the golden-fried fish and enormous chips to the single best Reuben I’ve ever had, bar none. I didn’t ask whether head chef Chris Bickel is also Irish, but he’s a ferociously good cook. 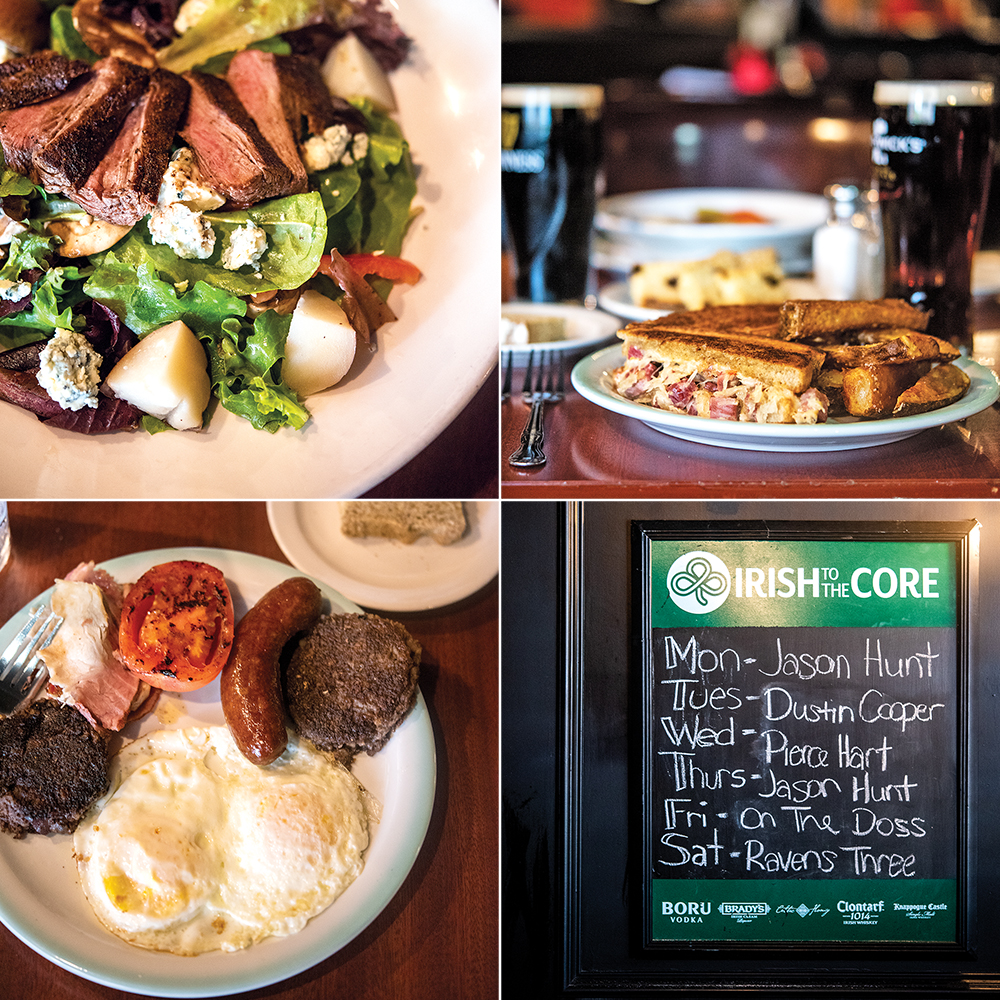 Even now, years later, the sea bass from Land and Sea remains one of the best pieces of fish I’ve ever had in OKC. The bounty at Bacon, especially its sampler platter, was an absolute pleasure. But if Cummings is going to restrain himself to a single project, I’m thrilled to have this be the one – and so is he. Here’s to second chances.

A Word About Music

The cuisine, tempting though it is, forms only part of the picture – it wouldn’t be much of an Irish pub without music, and the conviviality it engenders. If you stop in for lunch or an early afternoon pint, you’ll get a dose of the classics over the speakers, but there’s no substitute for hearing “Rocky Road to Dublin” live. Fortunately, that’s not difficult given the regular rotation of performers who visit the pub nightly.

Pro tip: Even if you don’t know the song and need to read the room a little to pick up the timing, don’t hesitate to join in when the tune, say “The Wild Rover” or “Whiskey in the Jar,” calls for banging on the table. That’s the kind of memory you don’t often make in a burger joint.