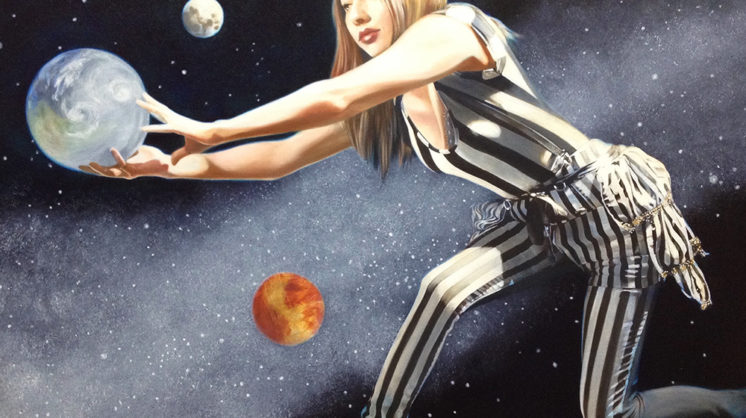 Pssst … OCU has a secret for art lovers on display right now. Alchemy blends with pop culture and tarot in the work of Michael Pearce, a British native who has lived in California the past 27 years. Pearce, an associate professor of art and philosophy of art at California Lutheran University, talked about his work as part of a “strong revival in representational art."

“I don’t want ‘old-fashioned’ representational paintings,” Pearce says. “I want to look at what’s happening at the moment. David Bowie was an iconic figure in pop music, and he also taught me how to be creative.”

Bowie isn’t the only pop culture figure to appear in Pearce’s work – the pieces on display at the Nona Jean Hulsey Gallery at Oklahoma City University also feature references to figures as diverse as Harry Potter and Marilyn Manson. The Harry Potter piece is actually a self-portrait, and the title helps underline Pearce’s whimsical take on art as commentary: “Self-Portrait as an Imaginary Character in a Made Up Harry Potter Movie with a Soundtrack by Nick Cave.”

The humor runs throughout his work, but the pieces are allegories, mostly. Really, they are morality tales about, in Pearce’s words, “how to live the good life.”

Pearce (pictured below) was raised by doctor parents – his mother a radiologist; his father a dentist – so his early experiences with art were quite different than most children’s. (He also said his parents were thoroughly British; “I have disappointingly little Viking in my DNA.”)

“We would go to a gallery, and my parents would attempt to diagnose what disease or affliction the subjects in the paintings had,” Pearce remembers. “We also had X-rays all around the house, so I learned to look at bodies differently very young.” 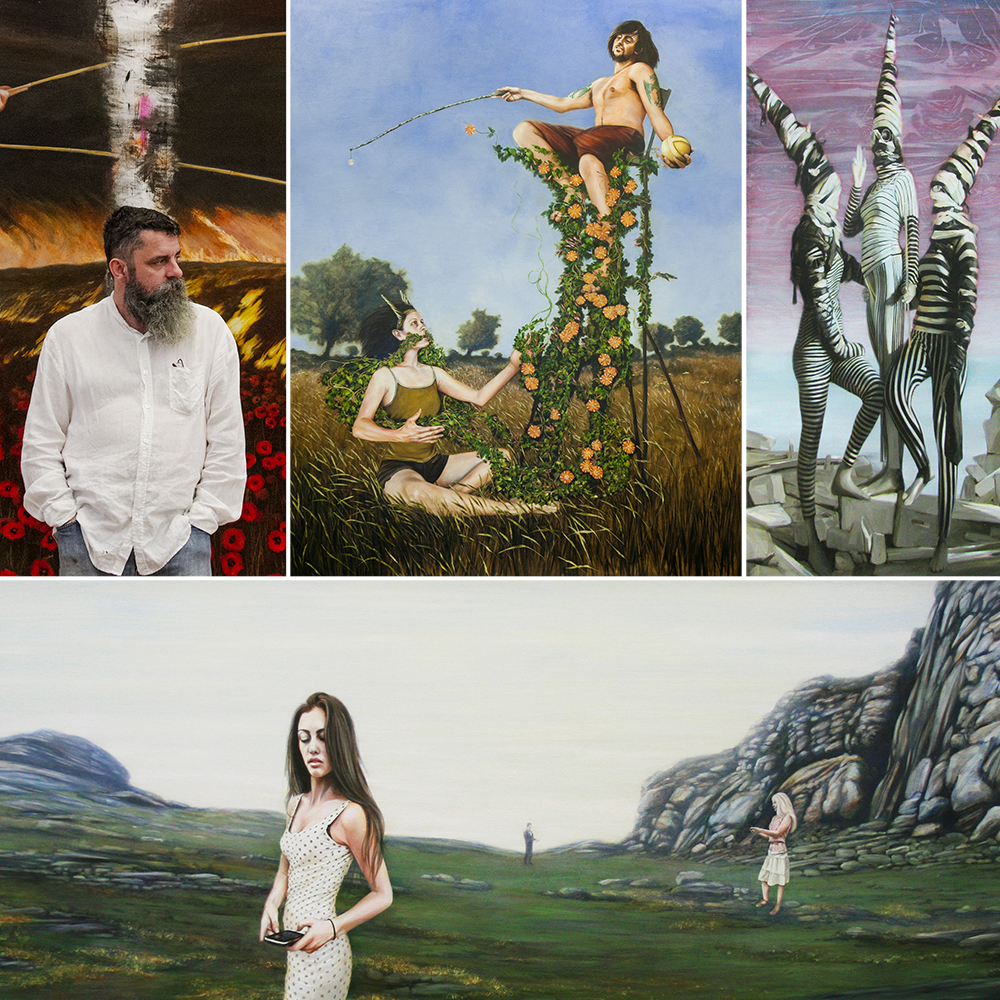 In spite of that medical background, Pearce’s mother, who died from leukemia, encouraged his passion for art. She was an amateur photographer, as was her father. Pearce said his grandfather, whom he never met, won awards for his work.

“I never had aptitude for math; I still don’t understand it,” he says. “My mother knew that, and so she encouraged me in what I was good at.”

At 14, he became obsessed with tarot after purchasing a deck. It was not the divination aspect that interested him, though; it was the art. He still collects, and they have had a more profound impact on his work than just inspiration to paint certain subjects.

“Tarot emerges in the 15th century, and they are a subset of emblem books,” he says. “All my paintings are that same subset. They, like early tarot, are about moral instruction.”

Fortunately, he is able to convey a moral lesson without moralizing. Many of his works feature the black and white stripes of alchemy, and in early alchemical texts (many of which were explicitly Christian) according to Pearce, the alchemy is also a metaphor for humanity’s dual nature, a theme that also runs throughout his work.

The paintings are already on display at the Hulsey Gallery, but Pearce will be at an opening reception on Friday, which will include an artist talk at 5:30 p.m. The event, called “The Secret Paintings,” is from 5:30 to 8 p.m. on the OCU campus, 2501 N Blackwelder, and is free and open to the public.