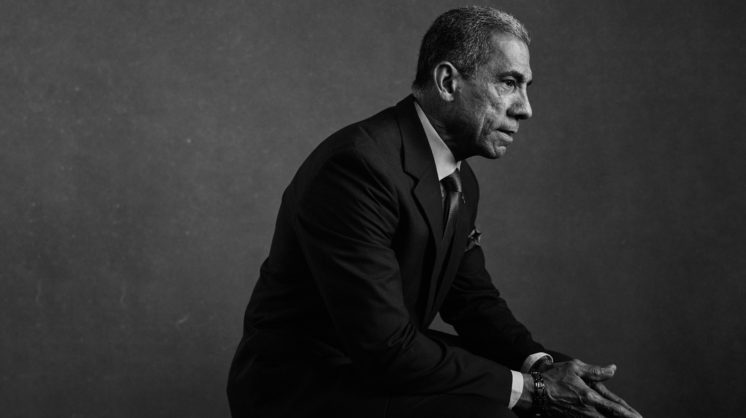 Dr. Raúl Font has had a 41-year career in education and leadership, teaching in schools across the state of Oklahoma. In 1984, he earned his master’s degree in education and joined the Oklahoma State Department of Education, serving on numerous boards in the state. For the last eight years, he has worked as president of the Latino Community Development Agency. He plans to step down from this role in 2023, but he doesn’t use the word “retirement.”

“It is time for me to move on, and I have received several job offers,” Font said. “I’m now trying to decide what I don’t want to do next.”

The idea for the Latino Community Development Agency originated in 1989 from a United Way task force as a way to address the needs of the Latino community in Oklahoma County. It was formally established in 1991 to focus on mental health, education and social well-being. Dr. Font was one of its founding board members.

Font expresses great pride in the nonprofit organization and its growth since it began. “If you look at the background of the 80 people that I work with in the LCDA — a community of Hispanics and Latinos at the highest levels of corporate leadership, all committed to paying it forward, licensed and certified by the state, bilingual and bicultural, working in counseling and therapy — there’s nothing else like it in the country,” he said. “Today, we are a $4 million operation, and mental health is our bread and butter.”

Throughout his career, Dr. Font has won many awards, including being named one of the 100 Most Powerful People in Oklahoma in both 2021 and 2022 by the OKC Friday newspaper.

“The work I do is sacred and a ministry,” he said. “If the awards that I receive are not acknowledged by the community I’m a part of, then they’re not worth anything. I like the word ‘service’ more than the word ‘power.’”

It was the service that Font received as a kid that shaped his life path. “I wasn’t born in a suit and tie, like some people believe,” he said. “I grew up in Chicago. I’ve always been a street kid. At age 5, I was walking the streets of Chicago.”

After Font moved from Chicago to Puerto Rico with his mother and sisters, he dropped out of school at 11 years old. He fortunately met Officer Aviles, a police athletic league coordinator, who began playing basketball with him on the street. Within a year, Aviles was encouraging Font to get back in school. “He was the only male figure in my life,” Font said. “I listened and went back to school. Playing basketball kept me there. I had found something I was really good at. I graduated high school and played Division I basketball in college. I walked on, and it changed my life.”

The mentorship Font had influenced his own goals. “In college, I knew I wanted to be a teacher and a coach,” he said. “I wanted to do for other kids what had been done for me. I went back to the same school where I had been in so much trouble. I wanted the kids no one else could handle. It became the mantra of my teaching career.”

Dr. Raúl Font doesn’t completely know what his future plans are. “Maybe basketball?” he said with a smile. But he feels the life-changing capacity of education returns to him in many ways, even in his own family. “I’m so proud of my kids and grandkids and leaving them with a legacy that is positive,” he said. “Maybe someone that I helped and saved will save one of mine.”