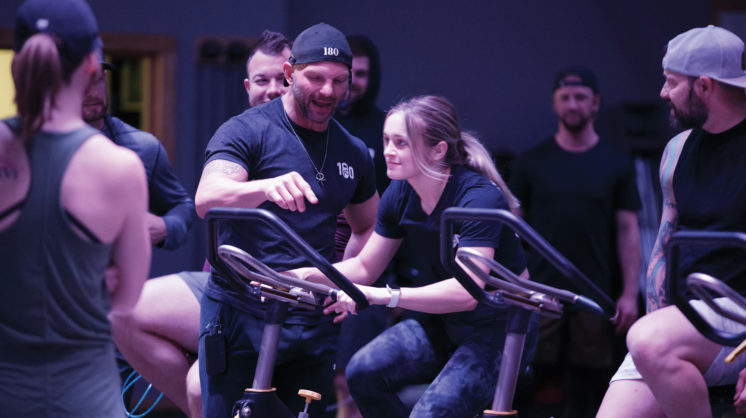 Some people go to the gym as a trend. Some go as a lifestyle. Others may be trying to hit a specific goal or prepare for a particular event. In other cases, people may aspire to escape addictions or unhealthy thoughts or lifestyles, or to attack an insecurity head-on.

When it comes to Fit Camp 180 in Edmond, Shawn Busby caters to all the above. He happily trains the inexperienced while pushing the bonafide gym rats to reach new heights. What separates him from other trainers in the Oklahoma City metro? He’s more than just a trainer; you can consider him a life coach and a trainer in one, rooted in his spirituality. 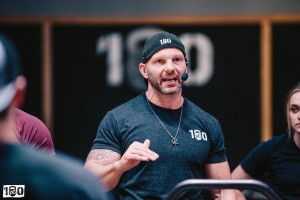 At 29 years old, Shawn Busby wasn’t aware of what his future would hold. While working over 60 hours per week as a car salesman, he wasn’t prioritizing his health. He was heavier than ever, 275 pounds, and eating fast food for every meal while smoking two packs of cigarettes a day. After turning to drugs and ultimately losing himself, he turned to God, which changed the overall trajectory of his life.

“Our purpose is to inspire people to push past their limits and become the best version of them- selves, inside and out,” said Busby. “FC180 provides a 45-minute high-energy, sweat-dripping workout that’s not only highly effective, but an absolute blast!”

Fit Camp 180 is far more than a boot camp, and it’s more than a gym. It’s a family fitness facility that motivates people to improve their lives through health and fitness. 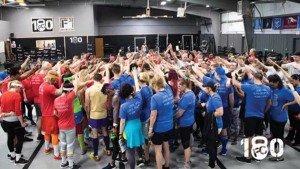 Busby moved to Oklahoma City with $272 to his name, paid the weekly rate at an undesirable hotel, and searched for work. He changed everything about his life. His residence was different, his phone number was different, his hobbies changed, and so did his career. He took a massive pay cut from selling cars to waiting tables so he could spend more time growing spiritually.

Busby found his passion through running and beginning to work out in 2009. He then began working toward obtaining his Personal Training Certificate through the National Academy of Sports Medicine. Once his certification was complete, Busby looked to train whomever would work with him, starting with the waiters and waitresses from his job. After seeing the progress from the few clients he had, more people began to reach out, which moti- vated him to open a fitness boot camp.

“I prayerfully designed a group training facility that would help people accomplish their fitness goals and honor God. I created it with a clear mission in mind: To passionately shepherd all those in need into a life of physical and spiritual fitness through training, encouragement, compassion, and love. We will lead by example. We will operate out of love. And give all glory and praise to God,” said Busby. 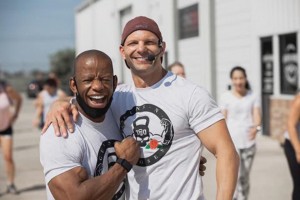 He has kept that same mindset for over a decade now, and that’s what has helped FC 180 become so well-known around the OKC metro. It’s grown so much that demand has surged, prompting Busby to open up another location in OKC.

“I am very excited to announce that pastor Stefan and Stepha- nie Reed have signed the lease and are in the process of building and launching our second location, which will be in south OKC located just south of I-240 on Western. Stefan and Stephanie are truly two of the best humans and leaders I have ever met,” said Busby. “Words can’t accurately explain how excited and thank- ful I am to be fulfilling this dream. Having gone from a seem- ingly hopeless life of addiction and sin to becoming a trainer who helps other people would have been enough. But to be lead- ing such a successful and impactful company, and on the way to launching a second, is unbelievable. I just have to praise God.” 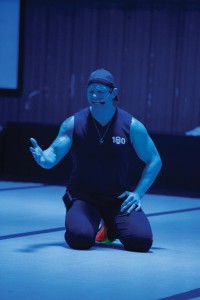 Busby added, “To anybody battling with an addiction or maybe just an overall rough spot in their life, I would say, ‘I get it.’ I truly do understand what it’s like to want to change but [you] can’t. To want something different and not know how to. I would say just hang in for one more day. Don’t quit five minutes before the miracle happens!”