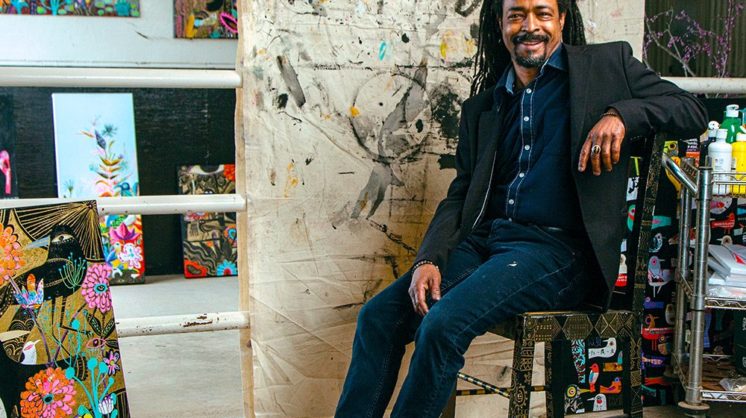 Skip Hill is well traveled, and so is his art – he and his work have been spotted everywhere from Ardmore to Amsterdam, OKC to Rio de Janeiro, and a number of other exotic locales in between. After traveling the world, Hill chose to settle in Norman, and works out of his studio at Nedpoint Ranch just south of Pauls Valley.

His gift for art came naturally and was apparent at a young age. He grew up on the barefoot beaches of Padre Island, Texas, where a large part of his childhood was spent reading and drawing cartoons.

“I remember a features reporter from the local paper came to interview me, and later that week, my cartoons and I were featured in a half-page spread in the Sunday edition of the Corpus Christi Caller,” Hill says. “That was a big deal for a 12-year-old.”

During his early years, Hill said he managed to avoid taking any formal art classes. He attended Oklahoma City University and studied advertising marketing, ultimately working in various creative positions in the industry. Eventually, he relocated to southern California and worked as a freelance graphic designer around San Diego County.

“But I spent much of my time languishing in Baja, Mexico,” he says with a laugh.

The lure of wanderlust took him to Southeast Asia and Thailand, where he worked as an art director and writer for a Bangkok business magazine.

“After that I spent time at a Buddhist meditation retreat and explored the country by motorcycle,” he says. “Then I settled in the Netherlands and began an intensive study of Art History.

Frequent visits to the great European museums provided the aesthetic experience that sparked my interest in creating art for its intellectual and sensuous pleasure rather than for strictly commercial use.”

Throughout that period, Hill traveled extensively. He visited Germany, then Prague, and fell in love with Morocco. He returned to the United States, where a reunion with his estranged father in Alabama led him to even more eclectic influences.

“He would introduce me to the work of Southern Folk artists Lonnie Holley, Jimmy Lee Suddeth and Mose Tolliver, whose art was created through ancient rituals, shaman mystics and the ghosts of Africa,” he says.

Then for the first time, Hill studied fine arts in a formal setting by enrolling at the University of Oklahoma. 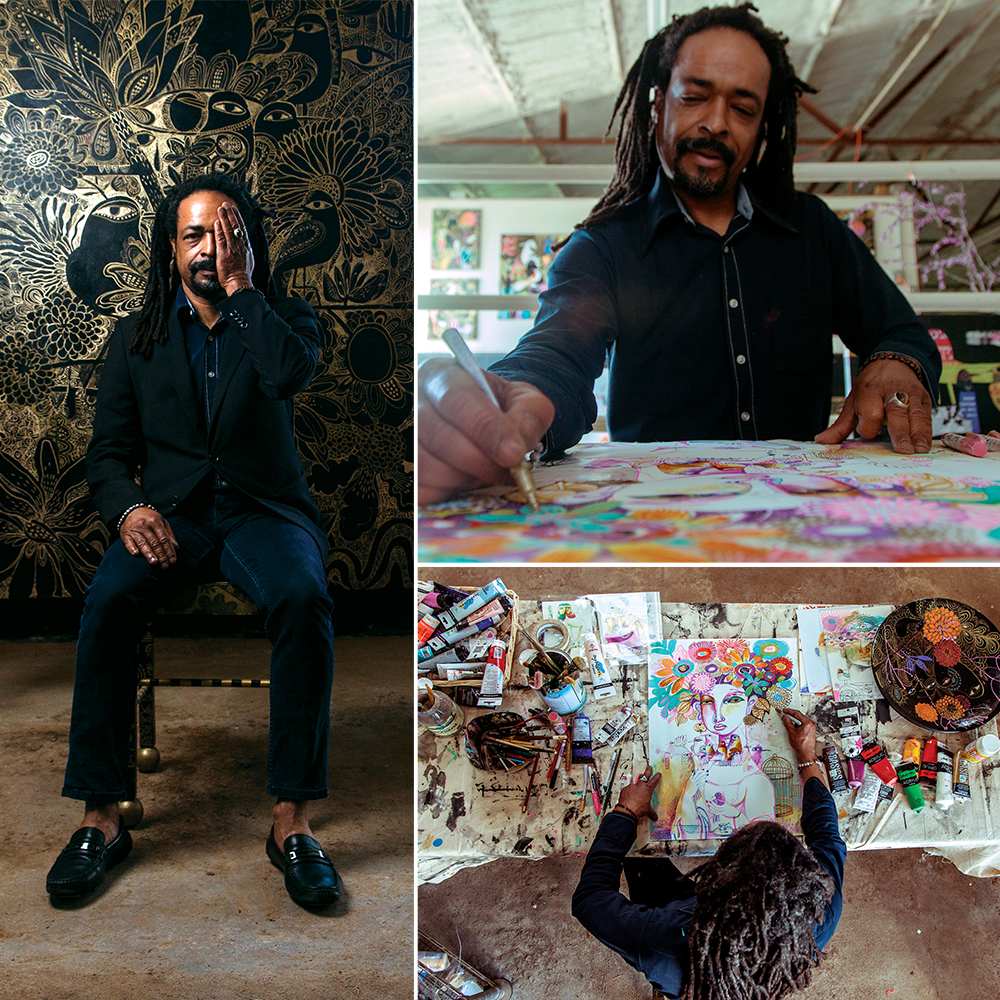 “I curated and created a poignant installation for the exhibition Heaven to Earth/Casting Stones at the Fred Jones Museum of Art in reaction to the bombing of the Murrah Federal Building in Oklahoma City,” he says. “After that, I returned briefly to the Netherlands, where I was commissioned by a Dutch cultural foundation to execute a mural in the luxurious garden of a 14th-century estate.”

After many years of living in the Oklahoma City area making and selling his art around the country at art fairs, Hill moved to Norman in 2011.

“I had good memories of Norman from my time in art school, and appreciated the more progressive energy of living in a university community with a sense of history,” he says. “I love Tulsa and Oklahoma City, but Norman is special. My stint serving on the board of the Norman Arts Council has created relationships and opportunities with many of the best people the community has to offer.”

Hill and his work have been featured nationally on CNN, Black Entertainment Television and ABC’s “Extreme Home Makeover.” His work hangs in the Oklahoma State Art Collection in the Betty Price Gallery at the State Capitol, and the bulk of his work is in his Nedpoint Ranch studio, which is open to visitors by appointment and during open studio tours.

“Inspiration finds me when I’m working and struggling in the studio, or walking the pastures at the ranch,” Hill says. “Inspiration comes from walking the streets of Amsterdam, and sitting under a bird-filled mango tree in Aimores, Brazil. Travel has been my essential inspiration. When I get that itch, I have to get out of Oklahoma to refresh and renew my eyes. I have never known not having an interest in art. Art has always been more who I am than something I do.” 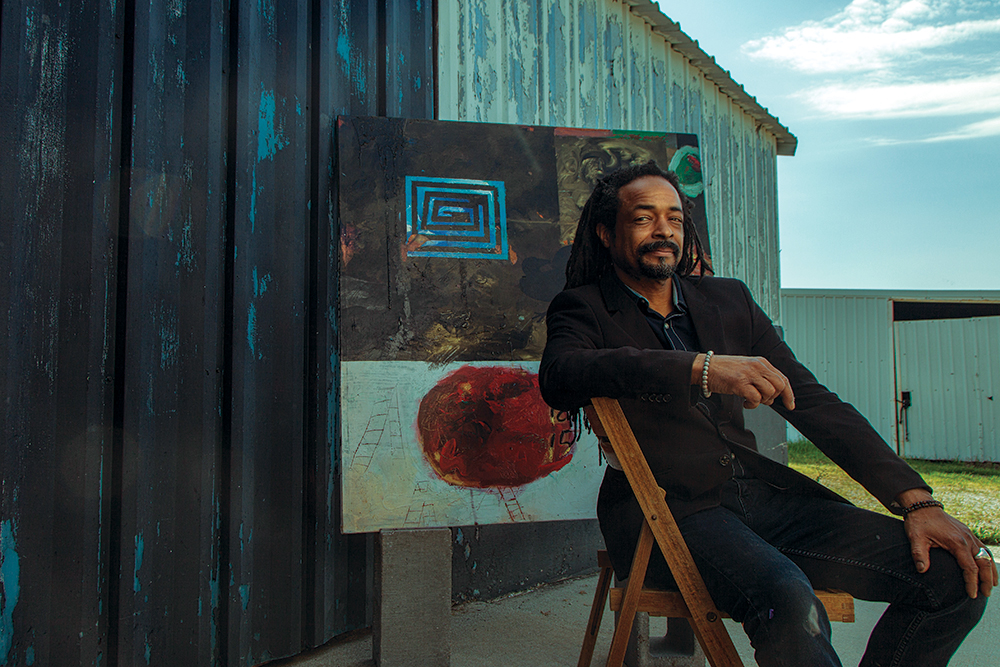 Skip Hill’s art is in public and private collections throughout the United States, France, the Netherlands, Colombia, Mexico and Brazil.

Click here for more information on Hill and his work.