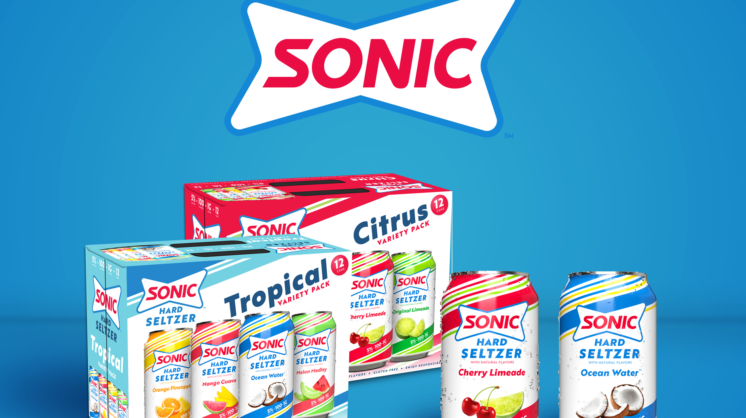 Sonic Hard Seltzers arrived in Oklahoma retail and liquor stores with very little fanfare and a massive amount of anticipation on May 17, one day ahead of the scheduled launch date. Stores struggled to meet demand immediately, with liquor stores like Byron’s running out of first-day stock in a matter of hours. Follow-up orders, ranging from a few cases to as many as 150 cases, also flew off the shelves.

By week two, customers were popping into liquor stores in search of the suddenly elusive

12-packs. Matt Sterr, owner of The Spirit Shop in Norman, had 100 cases in his original order. He sold them all in under 24 hours and has been unable to reorder since. Cody Wilson at George’s Liquor sold 110 12-packs in 8 hours and said he “got lucky” when he stumbled on six more cases in Republic National Distributing’s open inventory, allowing him a tiny second order, which he sold the same day.

Given the current supply, Oklahoma is set to have a Memorial Day weekend without everyone’s new favorite beverage. Liquor store owners said they’ve been told early to mid-June is the most likely replenishment timeline.

The popularity is unsurprising given the strength of the Sonic brand. Wilson said he sold more liquid in a shorter time than he had on any previous product. With hard seltzers growing into a projected $2 billion industry this year, standing out has become increasingly difficult in a field saturated with big names – Anheuser-Busch to Duckhorn Vineyards to Topo Chico. The Sonic brand is driving the sales, and that the seltzers are produced by popular local brewery COOP Ale Works certainly doesn’t hurt, at least in Oklahoma. (COOP brand awareness will decline as the seltzers move into surrounding states in August.)

The impossible-to-anticipate factor was the quality of the product, and with a couple of exceptions, the seltzers deliver on flavor, especially the iconic Cherry Limeade. Both Cherry Limeade and Ocean Water are available in individual 12-packs, and each is featured in variety packs. Additionally, both are available in “tall boy” cans in convenience stores. Pleasant surprises have been Lemon Berry, Classic Lemonade and Mango Guava.

In a decision likely driven by licensing issues and franchise agreements, no hard seltzers are available in Sonic Drive-Ins at this time.