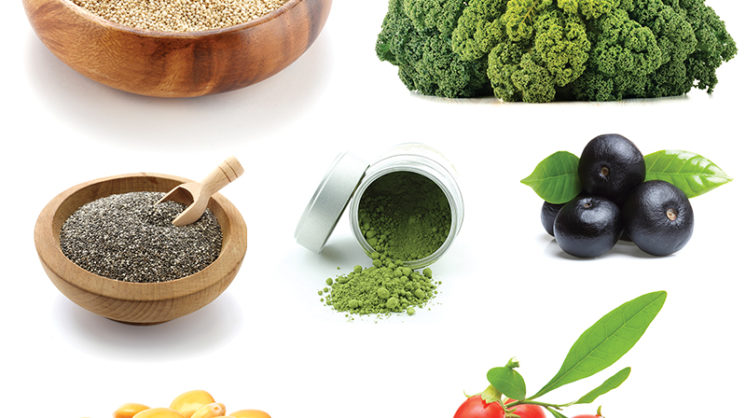 In literature, a legend begins with a kernel of truth, and then after generations of exaggeration, the character has become superhuman, animated with amazing powers. The truth is lost to the better, more compelling story of slaying monsters, rescuing cities or loving eternally.

That process works wonderfully as an analogy for a category of foods, too: the so-called superfoods. These grains or leafy greens or berries or ground crustacean shells allegedly cure everything from gout to erectile dysfunction to cancer. Recently, a well-known Mediterranean restaurant announced that lupine beans (or lupini) would be added to their menus, including the Oklahoma City location.

If you have never heard of this legume, don’t feel alone. While the incredibly bitter seeds are a popular snack around the Mediterranean and in South America, they are relatively unknown in the U.S. The health benefits are impressive, too. Only 200 calories per cup, the seeds also provide protein – the highest plant protein of any legume – fiber and B vitamins. They have to be brined for days to remove the bitterness, and they are linked to allergic reactions, especially with people who have a peanut allergy.

As with many things Mediterranean, the lifespans of people who live in that area are touted as evidence of the superiority of their diets … without considering the actual benefits of slower, less stressful lives in the overall longevity equation.

One of the earliest and best known of the superfood trends was the acai berry from Brazil. According to Mother Jones, acai-based products grossed approximately $200 million in the U.S. in 2012. As with most trends in our high-speed age, when the cataracts didn’t clear up or the sciatica stop flaring up, the culture moved on to the next superfood as a sort of messianic quest for natural healing – as long as it happens quickly.

Today, kale is the messianic food du jour. Yes, some people find it delicious, and yes, it’s even good for us, but the idea that there is a granola-and-Birkenstocks equivalent of “just take this pill” is just as misguided as the Fen-Phen obesity solution.

“Kale is high in iron, but it won’t cure cancer,” says Petra Colindres, a registered dietician and nutritionist. At her business, Nutrition by Petra, Colindres regularly educates clients who have been misinformed about how nutrition works.

“I tell clients to look at the environment they live in, not just what they’re putting in their bodies,” Colindres says. “Sure, add kale, but if you’re still eating fast food or smoking cigarettes, kale and berries won’t help you.”

Nutrition is a complex combination of factors, and Colindres notes that every person is different. “All diets don’t work for everyone,” she says. “From a dietician’s perspective, extreme diets are a terrible idea, and eliminating a food group means eliminating micronutrients your body needs.”

That advice also applies to another craze: juicing. “You definitely get the micronutrients from juicing,” Colindres says, “but you don’t get the fiber you need from fruits and vegetables. Likely, you’ll be hungry a half hour later. You’re better off to blend them rather than juice them.”

Still, eating natural is far better than eating processed foods, and the superfoods do have clear health and nutrition benefits. The task is to sort out the truth from the marketing.

“The miracle grain of the Andes,” is how The Guardian described the marketing surrounding this staple grain of Bolivia and Peru. Quinoa is very high in protein (roughly 15 percent) compared to other grains, and it’s very easy to prepare, pairs well with other foods, and can be used with delicious effect in vegetarian and vegan diets. That in spite of the “Queen-O” burgers made famous by Bud Light.

In the same article, The Guardian reported that by 2013 the price of quinoa had risen with Western demand such that poor Bolivians could no longer afford a staple grain, a double loss in that they also lost a good source of non-animal protein. In Lima, Peru, quinoa costs more than chicken, and Peruvians were turning to less expensive junk food as a result. Whether healthy eating should have an ethical component is up to individuals, but this is certainly worth taking into account.

Much like the electrolytes refrain from Idiocracy, the antioxidant craze of the early 21st century is wearing thin and yielding very little solid evidence. Are they good for us? Yes. When acai berries are used in makeup, do the antioxidants help our skin? Is that a serious question? Do they boost weight loss? No unbiased scientific study has found that to be true. The studies so far indicate that the berries of the acai palm are exactly as good for us as raspberries, which not only taste better, they cost less.

These lima-looking little guys are high in plant protein, dietary fiber and essential amino acids … but some varieties aren’t just unpalatably bitter, they’re actually poisonous. Unless, that is, you’ve got the time and patience to soak them in salt water for a week while changing out the water every day, and even then they can trigger allergic reactions. Time will tell whether they truly take root in American health cuisine.

Related to cabbage, believe it or not, kale is loaded with vitamins A, C and K as well as omega-3 acids. There is very little criticism of kale that is not related to its ubiquity. Kale chips are delicious and clearly better for us than potato chips – baked or otherwise. Some people have an issue with the texture of kale chips or sautéed kale, but this is one leafy green that earns its current special status. As Colindres points out, it won’t cure cancer, so any outrageous claims about its health benefits should be laughed off, but it’s OK to do so while eating kale. Again, though, it’s supposed to be part of a complex, balanced diet – not the star of every meal.

In addition to flatulence, expect zero taste benefits from these tiny seeds. The science is all over the place on this seed of a flowering plant from Latin America. A cursory glance at Google search results indicates that chia seeds offer 11 or eight or possibly nine health benefits. That sort of Buzzfeed-style list-making likely indicates uncertainty. The criticism that seems based on actual science is that the much-touted omega-3 acids in chia seeds are the wrong kind for humans. As a secondary and icky problem, the seeds get very slimy when wet, so mixing them in certain foods guarantees a slimy texture.

This green tea is the latest product that marketers are lying about – sorry, touting its benefits. Try this headline: Matcha will “torch body fat.” Or this one: Dr. Kristi Pado Funk puts matcha on the top of her Anti-Cancer Diet Grocery List. I have an iPhone and I can barely make a grocery list, let alone categorize the lists into “causes cancer” and “fights cancer.” The antioxidants are exponentially greater than in regular green tea, but – and this is going to sound repetitive – the unbiased scientific studies are not complete on this one yet either.

Again with the berries. What’s wrong with raspberries? They’re delicious. If you don’t like red things, blueberries also taste great. Goji berries have been credited with increased athletic performance, improving sleep cycles and (of course) weight loss. As with acai berries, no scientific studies back up these claims. They are berries, though, so eat up – or pay less for delicious raspberries.