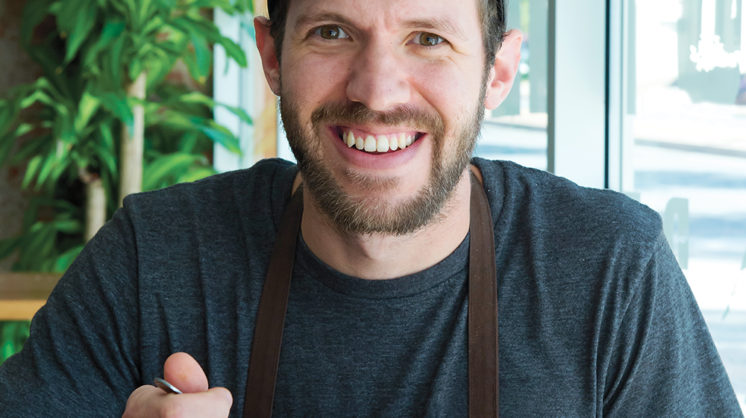 “I decided to attend culinary school midway through a deployment to Afghanistan in 2013,” is perhaps the best possible line for a biography about a chef, but T.J. Johnson buried it several paragraphs into correspondence he sent while putting this piece together. Yes, he’s a vet, but that was the only line in the entire correspondence about it. Everything else was about food and family, mostly.

The sales rep for U.S. Foods and formally trained chef is the son of Hal Smith Restaurant Group executive chef Brad Johnson, and T.J. has been told throughout his life that he often ate food (including prime rib) that was coming off the service line while sitting in his high chair – but his first clear memory of food is not his father’s cooking, it’s from an Amish family who babysat him when his family lived in New York.

“They made a cream soup that was simply raw milk, a little butter they had churned themselves, some seasoning and crackers,” he says. “The fact that it was simple and pure blew me away.”

Johnson was aware of what his father did for a living, and said it was an opportunity to bond as a family – as it remains even to this day – but he always thought of himself as a “sandwich wizard” growing up, rooting around in the refrigerator to create different combinations of flavors. In fact, he fully intended to be a history teacher, not a chef. To be fair, making sub sandwiches at a convenience store would likely not inspire anyone to become a chef … but his formal training made a huge impact.

“I was formally trained at the Culinary Institute of America in Hyde Park, New York, by some of the smartest and most talented minds in our industry,” he says. “I excelled in meat fabrication, and while in school, I was recommended to Barb Fisher of Barb’s Butchery, and helped her open the concept. I had nearly two full years of nose-to-tail butchery training from Barb’s.”

Having a father in the industry has been very helpful – not just because they get to cook together at his grandparents’ farm in Asher, Oklahoma, but because his father has given him solid life and professional advice over the course of his career. When asked about that advice, he rattled off several aphorisms without thought: Make time for yourself and your kids; get used to eating over the trash can; you’re only as good as your last plate; get your thumb out of the way (this last one while cutting an onion).

Warmth and humor animate their relationship, and the son says fondly, “There have been countless late-night conversations about the future, different food we wanted to do, ideas about restaurants and dishes and ways we can improve each other in the kitchen.”

With a 2-year-old son running around, Johnson describes his non-work life as “trying to understand what my son is saying and where he’s pointing,” a sentiment all parents of toddlers understand. He’s passing along all he’s learned – or trying to – to his daughter, and he especially loves the rare chance to explore new cities with his family. His specialty right now is pastrami (and duck pastrami), but he chose to share his favorite gumbo recipe because the cold months are upon us. 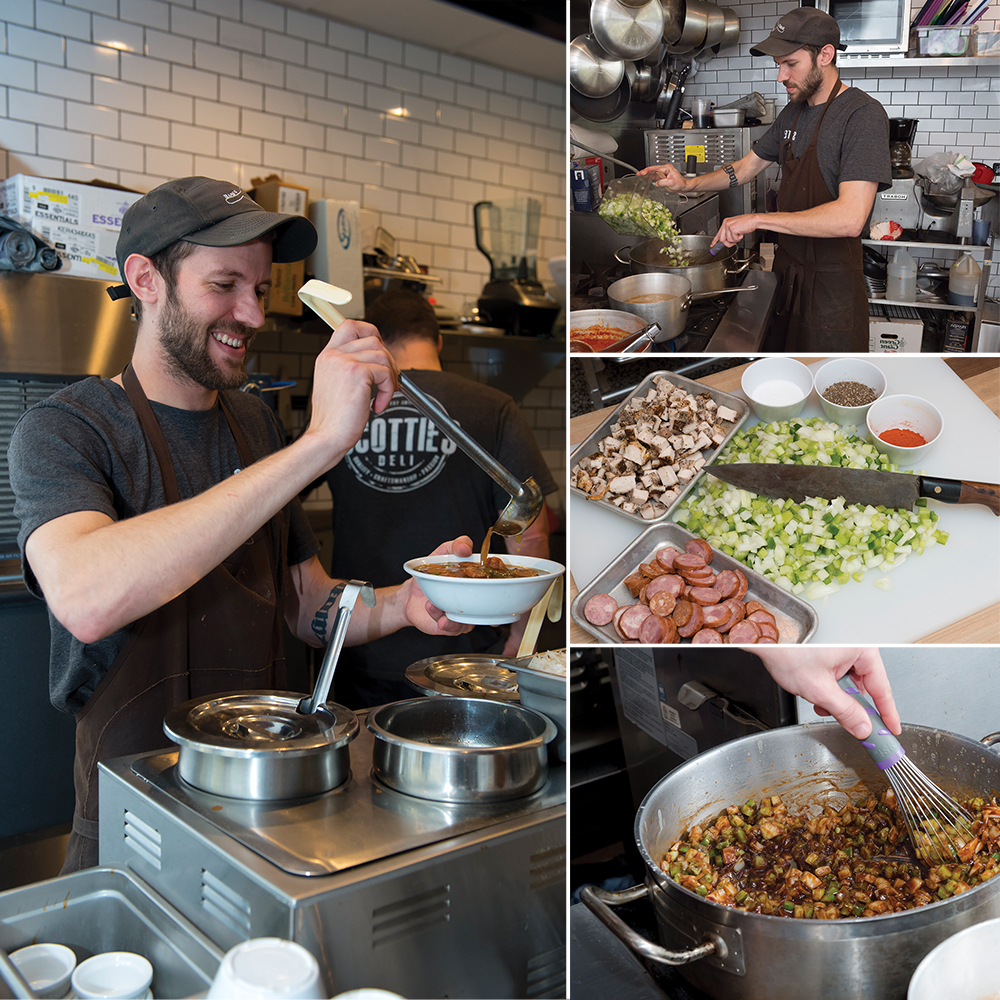 Medium dice onion, celery and bell pepper, mince garlic, and set all aside.

Slice the sausage into quarter-inch thick coins, dice the chicken breast into large pieces and set aside.

In a heavy-bottomed pot, add flour and oil over medium heat.

Season with salt and allow veggies to cook in roux for 5 minutes.

Add chicken stock to the pot with the chicken, sausage, cayenne, a couple dashes of Worcestershire and okra.

Bring to a boil, then drop to a simmer and allow to cook for one hour, adding chopped parsley in the last 10 minutes.

Check seasoning and spice level to your preference.

Can be served immediately or cooled to reheat the next day.