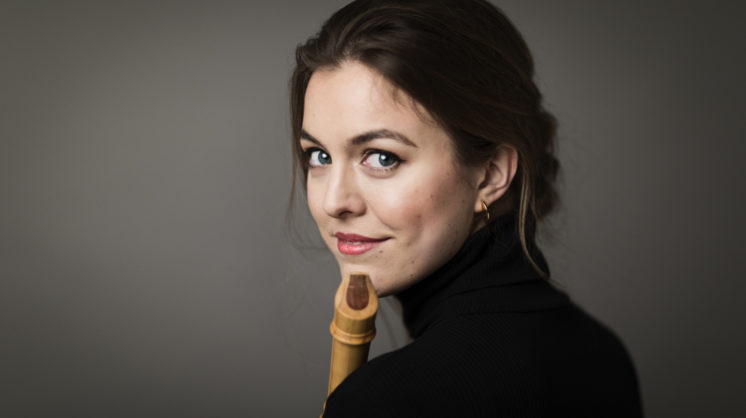 Solo skill at performing classical music is not an unfamiliar concept, but German musician Tabea Debus knows how to create masterpieces of sound — all thanks to her recorder. Debus is known as a “charismatic virtuoso” by The London Times, as she pushes the boundaries of single-instrument performance. Armstrong Auditorium is thrilled to host her in concert with lutist Kevin Payne March 31 at 7:30 p.m. The audience can expect anything but the norm, as Armstrong has never featured these two instruments in a joint performance.

As a chamber musician and soloist, Debus knows exactly how to create critically acclaimed ballads. Her program, titled “Ohrwurm,” compiles classic music from the 17th and 18th centuries, offering listeners an insight into the bounds of music from long ago.

“I think the audience will be particularly fond of Tabea’s arrangement of “Greensleeves,” which is toward the beginning of the second half,” said Ryan Malone, program director of Armstrong Auditorium. “The concert will feature some exquisite solo recorder, plus a fair bit of recorder and lute. Several sets will also add a local cellist who is a senior here at Armstrong College to turn the pairing into a trio — as it was common to have a cello-like instrument in the repertoire Tabea has selected.”

With only 75 feet of space between the stage and the back of the auditorium, Armstrong offers an up-close and immersive opportunity to witness Debus’ magic. While she has performed in numerous places such as Edinburgh, London, the northern German state of Schleswig-Holstein and more, this is the metro’s first chance to experience the music of her recorder … just a few feet from the stage.

“This performance definitely diversifies what Armstrong has to offer,” said Malone. “We’ve never offered recorder and lute at this performance level before. It’s a pretty rare thing even in our region, so we’re excited to be able to offer something so special.”