Taking It to the Streets - 405 Magazine 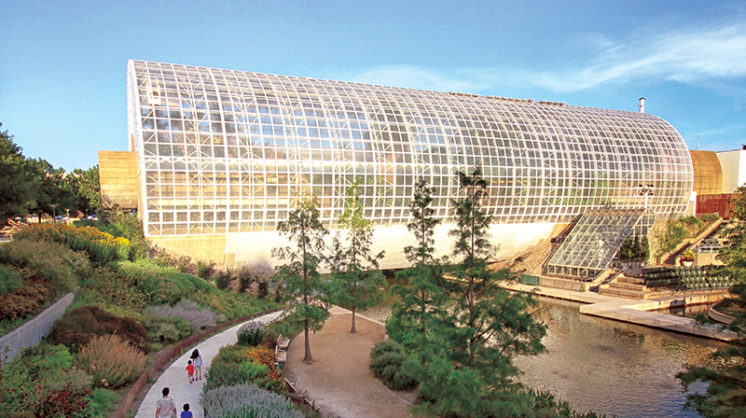 At first, they would venture back downtown for big annual events: the Festival of Arts; Opening Night on New Year’s Eve; the Oklahoma City Memorial Marathon. As the downtown renaissance took hold and concerns about crime and grime faded, they kept coming back to the revamped Myriad Gardens, the new ballpark, a remodeled Civic Center Music Hall, the dazzling OKC Museum of Art and its restored movie theater, the modern downtown library, the new water taxis on the new canal.

Historic districts lured visitors to Oklahoma City through a series of micro-Main Streets with a sense of place and personality.

Art in the heart of the city has evolved away from the officialdom of fiberglass buffalos and historical murals of mounted men and women in sun bonnets – toward a celebration of life in the now. Neon tribal murals leading into Bricktown. Lighted bricks dotting the Myriad walkways. Astride I-40, the Skydance Bridge projects choreographed lighting designs. The Crystal Bridge serves as a canvas, pulsating with colors like a magical kaleidoscope set down by the pond.

The urban core has become a virtual Busytown cyclorama of outdoor activities. This summer, patrons on the dog-friendly patios of Midtown’s Bleu Garten and Fassler Hall share tables with strangers when it’s busy – and it’s often busy – as well as old-school games such as ping-pong or cornhole and sports on the screen. Crowds happily juggle plates of barbeque during the Food Truck Triple Play in a steamy parking lot outside the ballpark, bring blankets for free movie night Wednesdays on the Myriad’s Great Lawn, watch storms roll in during the museum’s Thursday night rooftop bash, queue up for gallery openings on the Paseo during First Fridays, take turns on the conversation couch on Sheridan during Exchange on Film Row, gawk at the ever-changing street art gallery of Plaza Walls or meander through the 24/7 public galleries at the 21c Museum Hotel.

This 405 photoessay offers a glimpse into the events and atmosphere that go into forming summer in the city, 2016-style. 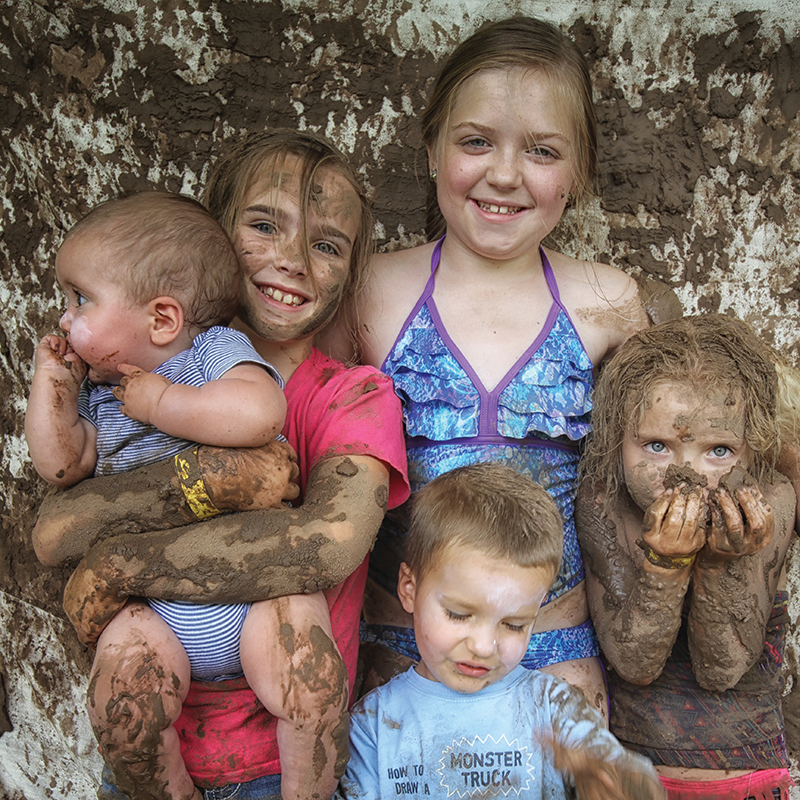 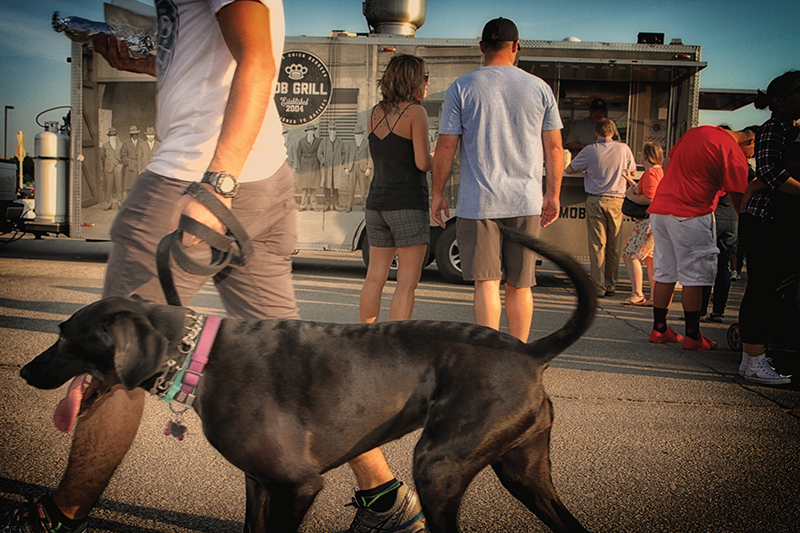 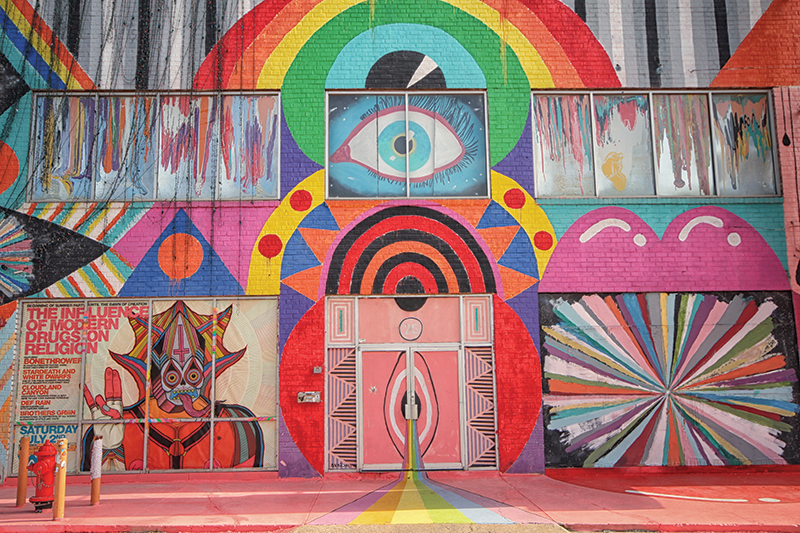 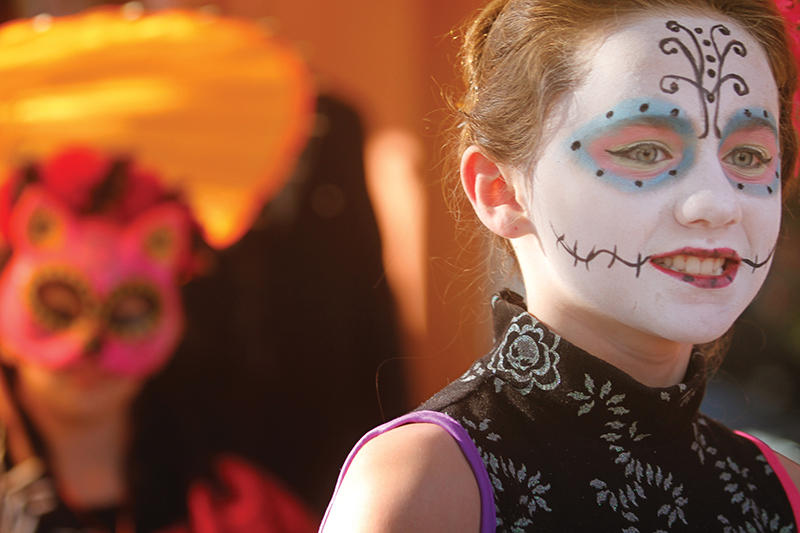 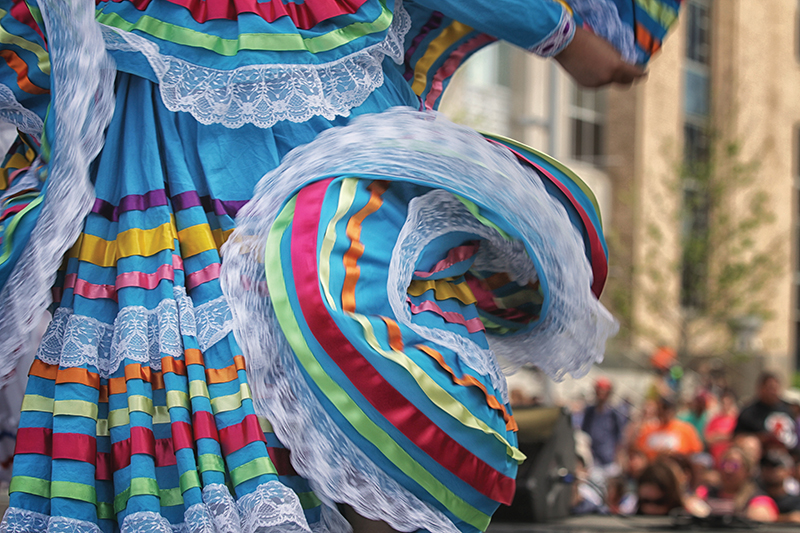 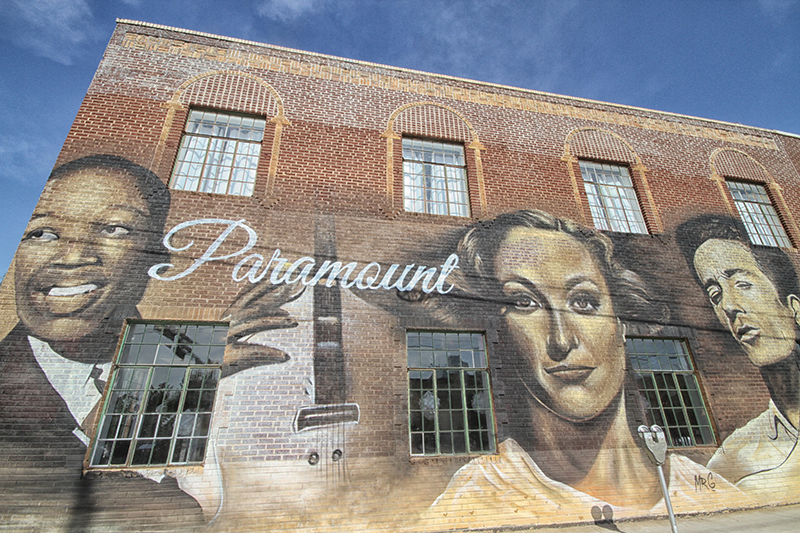 He was Oklahoma’s first worldwide superstar since Will Rogers, a hero who represented the better angels in ourselves.

Kevin Durant – an ex-Texas Longhorn who grew up near Washington, D.C., and moved here from Seattle at the age of 19 as a charter member of the Thunder – was embraced by Oklahomans as one of our own.

Although he would become the most popular person in the state, he did not make many speeches. It was his actions that impressed: the shy smile, the modesty, the generosity … and, of course, the mad athleticism. Plus, he was sweet to his mom, who cheered him on from courtside.

For eight years, he led Oklahomans to what many would never have thought possible, breaching old fiefdoms of Sooner crimson and Cowboy orange with a unifying Thunder blue. He became the face of the city, a shorthand call-and-response – “Oklahoma City? Kevin Durant!” – you’d hear on the road when someone asked where you were from.

He loved downtown, and it loved him back. After initially living in the gated community of Gaillardia, he bought a place in Deep Deuce, not far from his Bricktown restaurant, KD’s Southern Cuisine.

From late spring into summer, when he was pondering his decision on whether to re-sign with the Thunder, local businesses posted promposal-style asks with the confidence of a longtime partner. When the days ticked by and his answer was not forthcoming, a nervous buzz began.

People looked for clues as to which way he was leaning. Just a few weeks ago, he had talked with pride about the renaissance in his neighborhood, and what it means for the long term: “The championships, the records, the ‘who’s the best player’ – there will always be new champions and new records and new players. What we’re talking about, these are jobs, these are lives, these are things that will matter for 40 years, and that is very cool to me.”

The turnaround Durant was witnessing was years in the making, beginning when he was in kindergarten. Faced with a dying downtown and decades of missteps, Oklahoma City voters agreed in three separate elections to be taxed an additional cent for each dollar spent in the city. The first Metropolitan Area Projects initiative passed in 1993, followed by MAPS for Kids in 2001 and MAPS 3 in 2009. The promise: if you build it – invest in, believe in, reimagine Oklahoma City – they will come. People will be drawn to meet and mingle, creating a critical mass of humanity that would, in turn, attract more people and businesses. 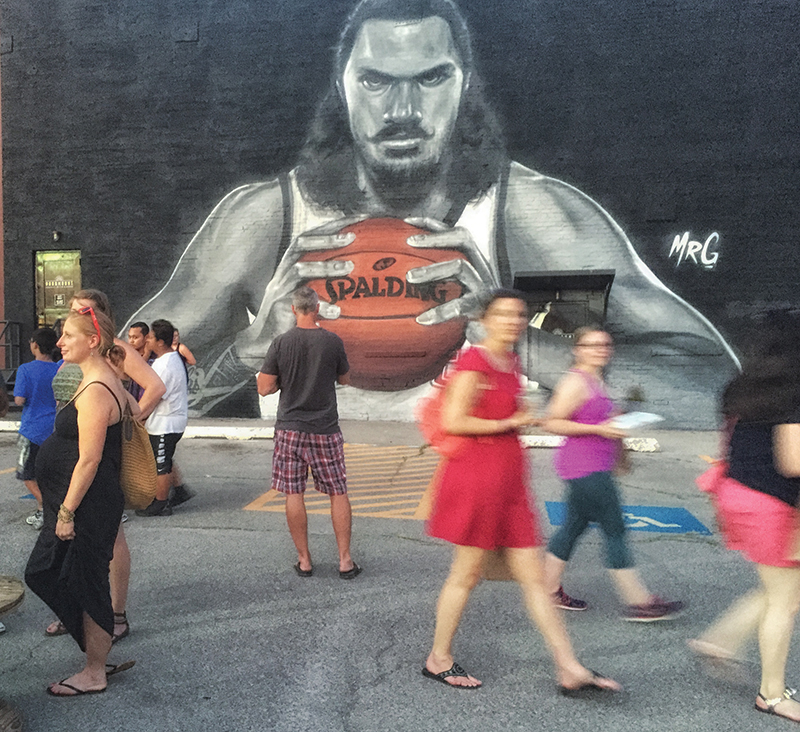 And it worked. The collective commitment of the people of Oklahoma City prompted others to buy in. All told, nearly $2 billion has been raised to improve the city’s infrastructure over 20 years, collected one penny at a time by each dollar spent within the city limits.

The new downtown has revitalized a series of micro-Main Streets, districts with their own quirkiness and energy and vibe, inspiring restaurants and boutiques and business offices to return to the city center. Dances and movies and concerts and full-moon runs are held in the Myriad Gardens. The Oklahoma City Museum of Art serves drinks on its rooftop terrace. Chophouses and food trucks and fire pits dot the downtown.

The people of Oklahoma City – numbering a half-million in 2000 and more than 630,000 today – teamed up to invest in the city and its future.

Late in June, as the town’s Stay KD campaign crescendoed, the revitalized Tower Theater on 23rd Street offered wry advice: “KD, A LOT OF FOLKS THOUGHT I WOULDN’T COME BACK EITHER.”

When Durant opted not to return, his decision – however disappointing – had no bearing on the comebacks of the Tower, its Uptown 23rd District or the entire downtown.
In the end, even Will Rogers moved to California.

It is Oklahoma, however, that helped make him who he was.

Three weeks before Durant made his decision, a massive mural quickly took shape on the side of the Paramount, a 90-year-old brick building on Film Row within sight of Chesapeake Arena. It was an impromptu work, created without permits or pay, by artist Graham Hoete in tribute to his favorite Thunder player. Steven Adams’ face, locked in an intense glower above his flexed arms and trademark tattoo, now soars three stories tall, dominating the view down Shartel for viewers facing east toward the sunrise. From the proper vantage point, the Devon Tower aligns on his head like a crown.

Durant is gone now. Ibaka, too. The future of the indomitable Westbrook is uncertain. Yet at this year’s season opener, in the arena built by MAPS money, surrounded by a glistening downtown and by bars and restaurants hosting watch parties, fans will cheer wildly for players new and old. But not by name.

NOTE: These images are only the beginning of OKC’s summer story – to see more of M.J.’s travels through the city’s multifarious neighborhoods, click here. Happy exploring!