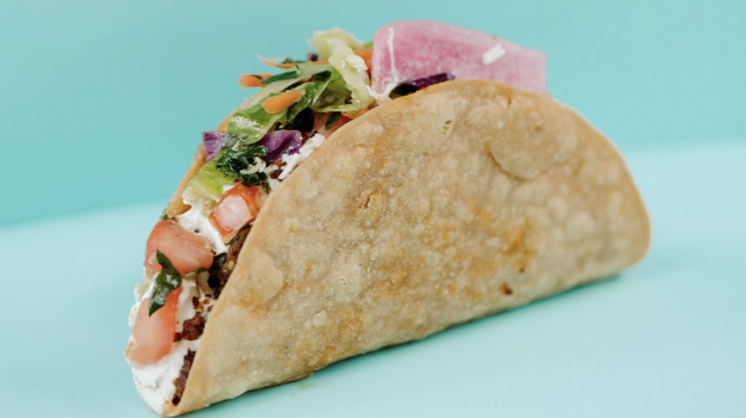 One of the great culinary food fights in the Southwest is over the use of the term “Tex-Mex” to describe a category of Mexican food. (Yes, for the sake of this subject, Oklahoma is part of the American Southwest. We may be other things too, but we are definitely at least that.) The fight isn’t about appropriateness; it’s over the desirability and “authenticity” of said cuisine. The two great symbols of Tex-Mex are the combination plate and the crispy taco, and it’s especially the latter that gives rise to the most disdain.

When journalist Gustavo Arellano set out to write a thorough history of Mexican food in the U.S., Taco USA: How Mexican Food Conquered America, he was surprised to discover that he was one of the first even to attempt it. Most books about Mexican food are cookbooks, and Arellano, a journalist at the Los Angeles Times, said that no one had ever bothered to look into debunking myths about Mexican food.

“Beware the cult of authenticity,” Arellano said in a recent interview with 405 Magazine. “Much of it is white people ‘Columbus-ing,’ where they think they’ve found Mexican people in their unadulterated phase. A lot of ‘authentic’ food is crap, and a majority of white diners in the building does not negate the quality of Mexican food in that spot.”

Arellano has little patience for talking about “authentic Mexican food,” as all food evolves, and Mexican food, like American food, is regional, diverse and shaped by various subcultures.

“Mexican food is a giant mishmash,” Arellano says, “and different cultures contributed – the various Indian populations, Spanish conquest, Lebanese immigrants, Germans and other Europeans after WWII. There is traditional Mexican food, but it’s silly to call a taco inauthentic. It seems to be some kind of code for ‘better than what we have.’”

So, let us consider the crispy taco – which by the way, is not an American invention. There is an “American taco,” the one from childhood, hawked by Old El Paso and other companies: crispy, mass-produced corn shell, seasoned ground beef, orange cheese of some composition, lettuce and tomato. Simple, tasty and, according to so many people, “inauthentic.”

Food keeps evolving as cultures come together, so of course there’s an American taco, just as young Korean chefs started putting bulgogi in a tortilla. As Arellano puts it, “cultures meet and marry and sometimes the kids are better than the parents.” It’s a metaphor, and a good one. The beloved al pastor taco emerged not from some mythical place of pristine Mexican food, but from Lebanese immigrants who evolved the form of the taco.

In Mexico, crispy tacos are called “tacos dorados,” or golden tacos, and they’ve been a feature in Mexican cuisine, albeit a minor one, for as long as there has been the technology to fry tortillas. Arellano said that the tradition emerged during Lent in Mexico, when meat-eating is at a minimum, so taquerias served tacos dorados de papa: fried tacos with mashed or roasted potatoes. And the beef belongs, too, given that northern Mexico is beef country, so barbacoa, carne asada and chili con carne wrapped in a tortilla make perfect sense.

“Tex-Mex had a 120-year head start in the U.S.,” Arellano says. “Tacos and combo platters are a fixture of the American Southwest. Mexican food has always come to the U.S. in waves, and much of the food of the Southwest was originally Mexican food. It wasn’t until after WWII when large-scale immigration started that Mexican food from other regions showed up.”

And it’s still showing up, and evolving. Arellano insists that if the origin is Mexican, even after it evolves, you can still call it Mexican food, so ignore the hipsters who seek out “authentic” and show disdain for your crispy taco and your combo plate. Who doesn’t want a taco, enchilada and tamale on the same plate? Sad people.