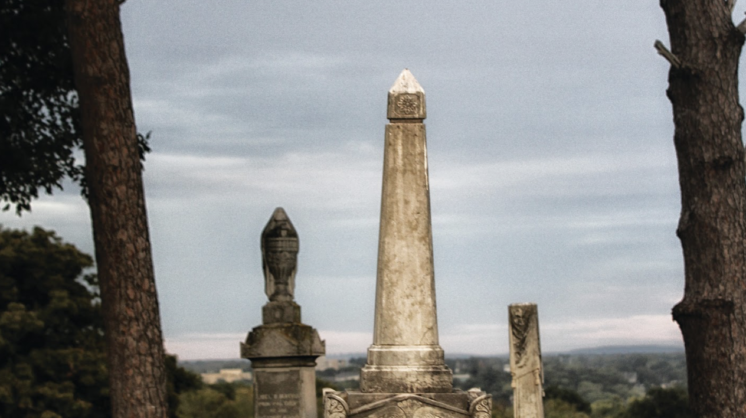 He was born six years before the Declaration of Independence, on the Tennessee River in the old Cherokee Nation. His mother was the daughter and granddaughter of Echota Cherokee chiefs. He was given the name Agin’-agi’li, which means Rising Fawn, and an English name in honor of his father, a trader from Scotland named George Lowrey.

Eight decades later, George Lowrey the younger was laid to rest in Indian Territory. His gravestone, and that of his wife Ruth Benge Lowrey, are among only half a dozen in Oklahoma marking the burial of a body that had drawn breath before the United States was formed.

The monument stands in tribute to a remarkable life.

He was witness to the last years of the old Cherokee Nation, working to help keep the tribe’s ancestral homeland. When all else failed, he – at the age of 68 – helped lead more than 1,000 of the dispossessed on the forced exodus into Indian Territory over the Trail of Tears.

George Lowrey had hoped it wouldn’t come to that. At the age of 21, he was part of a delegation that met with President George Washington to negotiate terms of encroaching settlement.

For years, he held out hope that promises made to the Cherokee by the U.S. government would be honored, as President James Monroe vowed, “as long as water flows, or grass grows upon the earth, or the sun rises to show your pathway.” In good faith, he named a son Washington Charles Lowrey, a tribute to the departed president.

In 1829, as a chief of the Eastern Cherokee, he and newly elected Principal Chief John Ross addressed concerns about newly-elected U.S. President Andrew Jackson and his plans to remove Native Americans from the Southeast: “The Treatys entered into between us and the General Govt. are very strong and will protect us in our right of soil … It is not the President’s say-so alone but Congress too … Friends, if you all united together and be of one mind there is no danger of our right being taken away from us.”

To a man who kept his promises, it seemed inconceivable that others would not keep theirs.

Lowrey was a father of 10 who fought fierce military campaigns into his 40s, in the Wars of 1812 and 1814. He negotiated treaties, served as captain in the tribe’s lighthouse police force, helped frame the Cherokee Constitutions of 1827 and 1839 and was elected and re-elected as Assistant Principal Chief.

He was a keeper of the flame for the old way while helping his tribe through a transition to the new. He volunteered as the first adult to learn the Cherokee syllabary developed by his kinsman Sequoyah, and helped translate the New Testament into Cherokee.

Details of his life are chiseled onto the base of a graying obelisk on a hill overlooking Tahlequah, the tribal capital. The long list of achievements, unusual in its detail, ends with notice of his years as a church elder and deacon, ending in a heartfelt near-haiku assessing his qualities:

He fulfilled the duties

of every Office well.

A new addition is a metal plaque, installed by the Oklahoma Chapter of the Trail of Tears Association: “In honor of one who endured the forced removal of the Cherokee in 1838-39.”

It took 103 days for the group he helped lead to move from Alabama to the Indian Territory. The contingent of 1,132 people, headed by nephew John “Wagonmaster” Benge, left Fort Payne on October 1, 1838 with a reported 600 horses and 60 wagons. The U.S. government issued 83 tents to be shared. No shoes, warm clothing or blankets were provided for the ill-equipped hundreds who had been forced to abandon their homes and belongings. He and the ragged detachment arrived in the Territory in the middle of winter, 11 days into the new year.

Lowrey helped organize the new government of the Cherokee Nation, and was a key player in hammering out the Cherokee Constitution of 1839. He was elected Assistant Principal Chief, under John Ross, in 1843.

On a visit to Washington. D.C., the following year, he was memorialized by artist George Catlin as part of a series on Native American leaders.

The painting shows a survivor, a man not to be trifled with. Portrayed at the age of 73, Lowrey stands resplendent in Cherokee turban, Scottish-inspired saltire sash and an epic silver gorget, with the medal he received from President Washington suspended above his breastbone. Massive silver ear ornaments and a matching nose ring echo the shape of the presidential medallion. In his left hand is draped a traditional wampum belt, symbolizing his high ranking in the tribe.

In that same year, he addressed the Cherokee Great Council on the ancient meanings of wampum. In a scene recounted by historian Shorey Ross, the remarkable and adventurous career of Lowery was recognized and “his knowledge of Indian customs was beyond that of any other aborigine of his time … Now, aged and bowed with the weight of near fourscore years, he was attentively listened to by the great throng of Indians as he exemplified the significance of the ancient symbols.”

The Cherokee Advocate evoked the language of a popular ode to Napoleon when it proclaimed: “The death of this great and good man has cast a gloom of sorrow over the country … The great and good Lowrey, who for so many years ‘towered amongst us like some ancient ruin,’ has fallen. Full of honors and years, he has been called to his fathers. He lived a patriot and died a Christian.”

Fifty years after his initial burial, his body was relocated to a point of prominence in the new Tahlequah Cemetery, overlooking the capital.