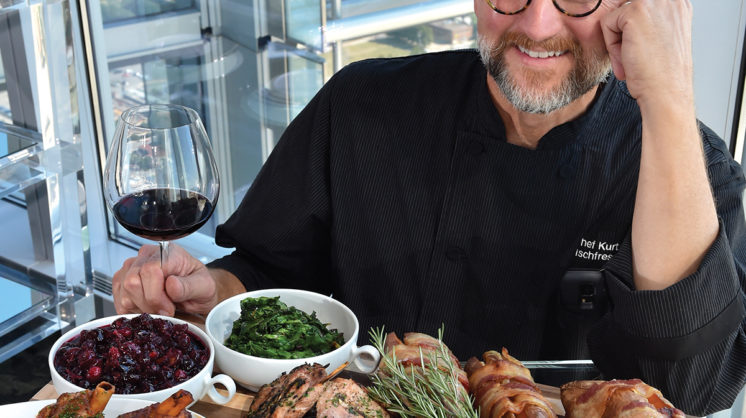 Tradition, in the best sense, is flexible, an ongoing conversation between interested parties about what is best for everyone involved. Using that as a working definition, it is time for a conversation about Thanksgiving dinner. Nostalgia does not equal deliciousness.

Ever try canned tamales since you became an adult? Or Big League Chew? We asked local culinary expert Chef Kurt Fleischfresser to cook turkey and sides as if he were filling his own family table, and what we got was a non-traditional take on a very traditional meal, which is to say, a conversation that promises to make Thanksgiving dinner the best ever.

“At our house, we have two options: traditional or ‘cheffy,’” Fleischfresser says. “Some people only want the same food they have had on Thanksgiving their whole life. For me, it is nostalgic but not the tastiest.” 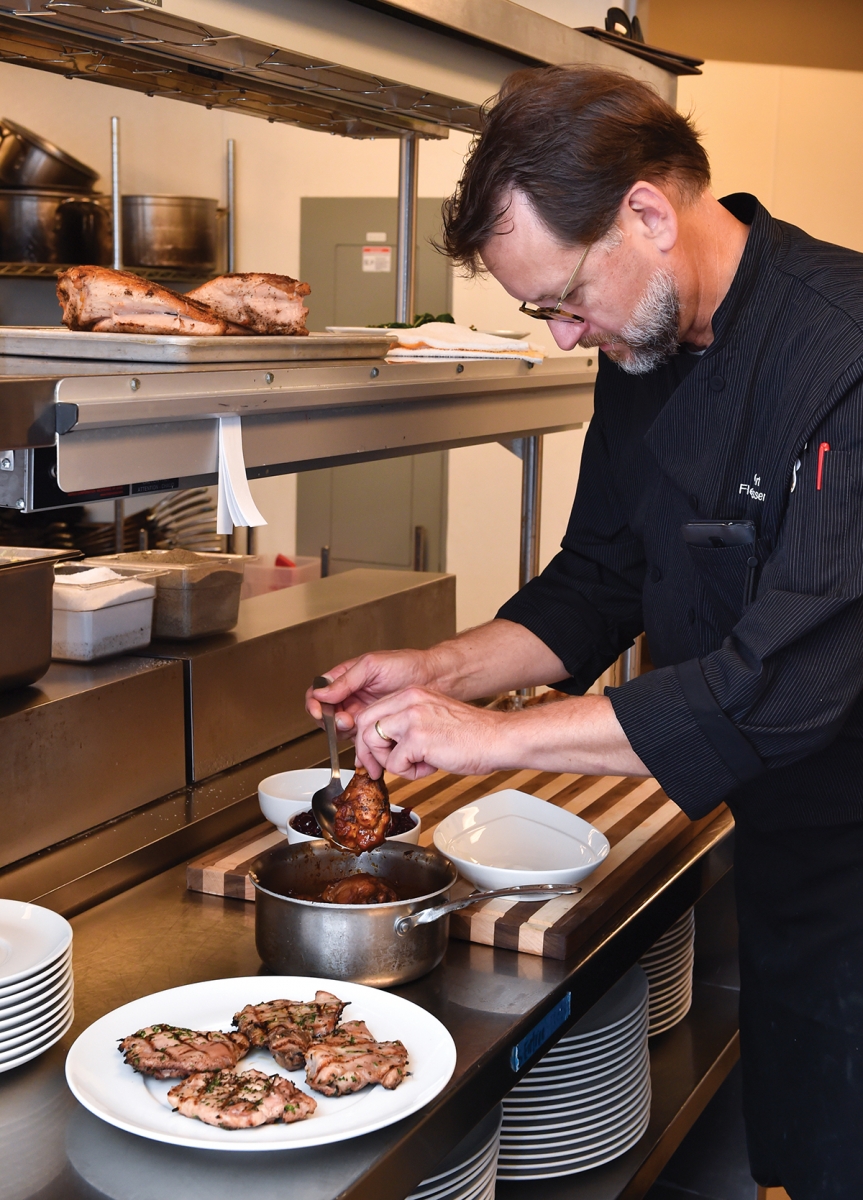 How to Update Your Feast

“Cheffy” Bird Rather than shove the whole gigantic bird in the oven to cook for most of a day, Fleischfresser makes a recommendation that is so obvious you can find representative examples (turkey drumsticks) at the State Fair, but it seems most of us never think to do it.

“I like to cook the turkey broken down with different techniques,” he says. “The combination I like the best is cooking the legs and the drummies cut and braised like the veal classic Osso Buco.”

• Cut off the base of the joints, plus the part you would normally hold, then sear remaining pieces Sauté onions, celery and carrots
in the same pan in which the pieces are seared

• Add the legs and drummies back in, then cook at low temp for an hour to an hour and a half until fork-tender

• Bone thighs and pound out to a uniform cooking surface size

• Grill until cooked just through 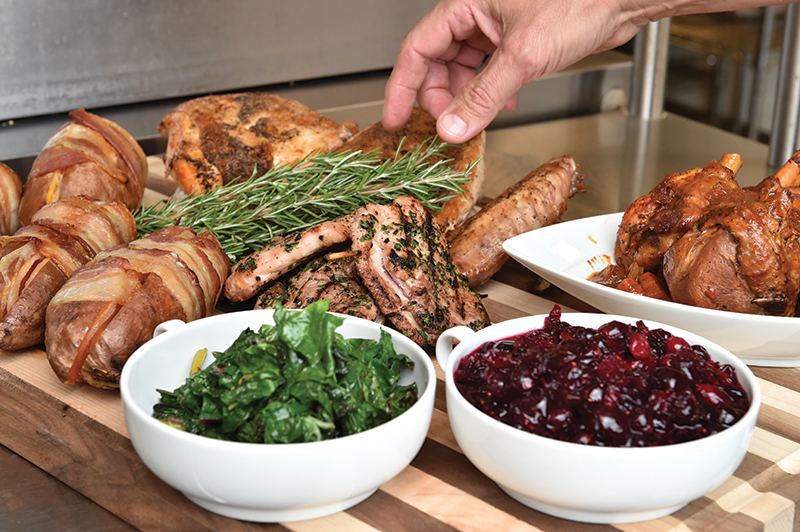 • Cut potatoes in half, end to end

• Season with salt, pepper and paprika

• Reassemble potatoes and wrap with a couple slices of bacon

• Bake at 350 degrees until a skewer will go through them

• Prepare according to package directions, but substitute red wine for water
(this is true in life, as well)

• Add a finely diced jalapeño and zest of one orange

Fleischfresser also uses Swiss chard instead of spinach.“It’s very easy and quick to cook,” he says. “It’s much like spinach, but much lower in oxalic acid (the stuff that makes your teeth feel fuzzy or chalky).” Chef recommends adding roasted garlic, smoked paprika, rosemary, thyme, sage and citrus zest to your holiday cooking repertoire.

For the wine, go with Lambrusco. The Italian sparkler ranges from very dry to sweet, and pairs well with turkey. Look for Cleto Chiarli or Donelli.