The Allure of Asheville - 405 Magazine 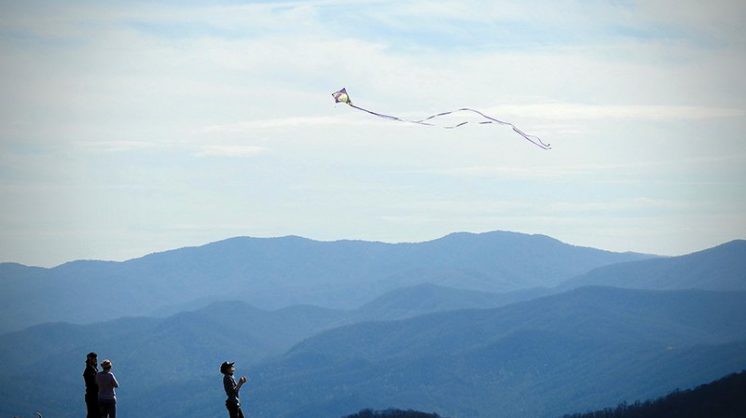 At the stylish Marketplace Restaurant and Lounge, in eccentric downtown Asheville, North Carolina, guests are treated to the sustainability-inspired culinary delights of innovative chef William Dissen. A graduate of the Culinary Institute of America, Dissen has been a featured chef at New York’s James Beard House in 2013, 2014 and 2016, in addition to being named one of America’s most sustainable chefs. Dissen’s locally sourced dishes are prepared entirely with ingredients farmed or found within 100 miles of Asheville.

It is unquestionably an experience to indulge in Dissen’s staple wood-grilled pork shoulder, or the hand-cut pappardelle with braised lamb, roasted oyster mushrooms, confit tomatoes, wild ramp pesto and parmesan. However, what makes The Marketplace truly special is the opportunity for guests to dine on carefully prepared items – from Solomon’s Seal to morel mushrooms – that they have procured themselves on a foraging trip in the surrounding North Carolina wilderness with Wild Food Adventures.

For 20 years, WFA owner Alan Muskat has been leading foraging excursions and wild food workshops in Asheville’s surrounding woods. The goal of Wild Food Adventures, whose mantra is “There’s No Taste Like Home,” is to transform the forest from a scary place where every plant will kill you into a friendly place where there is an abundance of nourishment and flavor at every turn. In addition to discussing the culinary value of the various plants and fungi found in the forest, Muskat explains the medicinal and spiritual properties of much of this wild greenery.

After arming guests with a spoon, small knife and a bucket, Muskat leads a gentle walk through the forest, pointing out which plants will and will not kill you. And occasionally he’ll pluck something from the earth – be it flower or root, plant or fungus – wipe off (some) of the dirt and pop it into the mouths of curious but cautious guests. 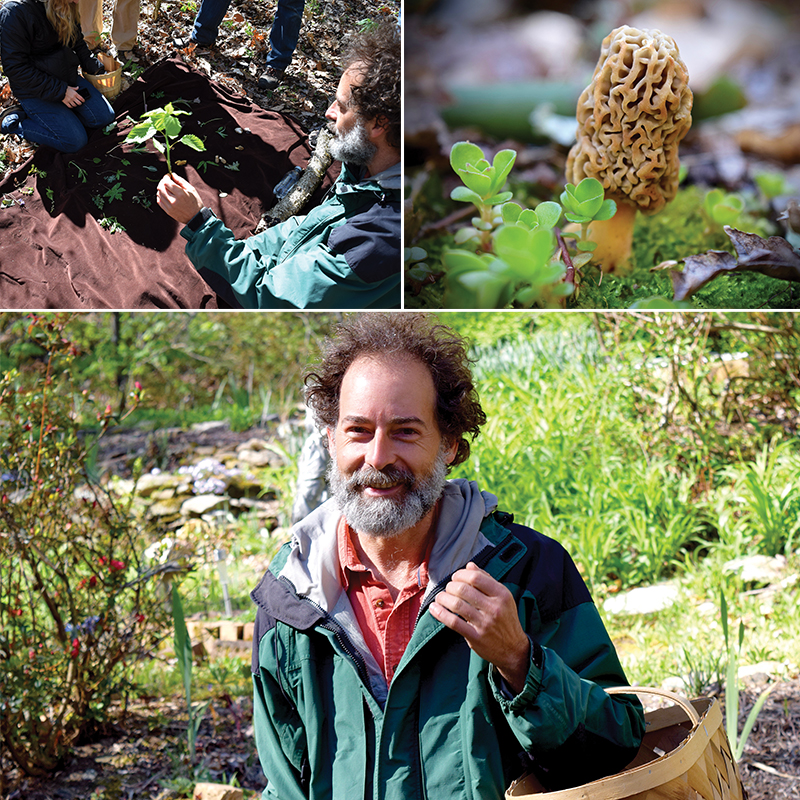 While Solomon’s Seal is not without its culinary appeal, it is the elusive morel mushroom that is the grand prize and, when in season, can be found with much enthusiasm under the right circumstances. If participants have a reservation later that night at The Marketplace, they can bring their bounty to the restaurant and Dissen will incorporate the foraged food into as many aspects of a multiple-course meal as he is capable.

The symbiotic creativity and natural incorporation of WFA and The Marketplace is the heart of what makes Asheville one of the coolest cities in the USA. It long has been a hub for music, and is home to some of the best microbreweries in the country. Bluegrass buskers pluck banjos and strum mandolins, singing in ethereal harmonies on every street corner and giving the city a constant pulse of emerging music and mountain nostalgia. And since its rich art scene and thriving food culture are surrounded by the spectacular Blue Ridge Mountains, Asheville also offers some of the best kayaking, hiking and mountain bike riding on the East Coast.

Asheville is exploding with new restaurants on a weekly basis, but if there were a single dish that defines the region, it would have to be barbeque. No place mixes Asheville’s swanky, southern style with slow-cooked meat quite like Buxton Hall Barbecue. Helmed by partners Meherwan Irani and Elliott Moss, each of whom individually have a James Beard “Best Chef in the Southeast” nomination under their respective belts, Buxton Hall’s barbeque is an experience in flavorful decadence. Located on trendy South Slope, Buxton Hall is a high-ceiling, high-energy eatery with an open kitchen. Grab a craft cocktail from one of their talented mixologists, then take down some Eastern Carolina-style whole hog, spiked with a light vinegar pepper sauce, collard greens and a side of macaroni and cheese, and you’ll be ready to step outside and enjoy some of Asheville’s premier breweries. 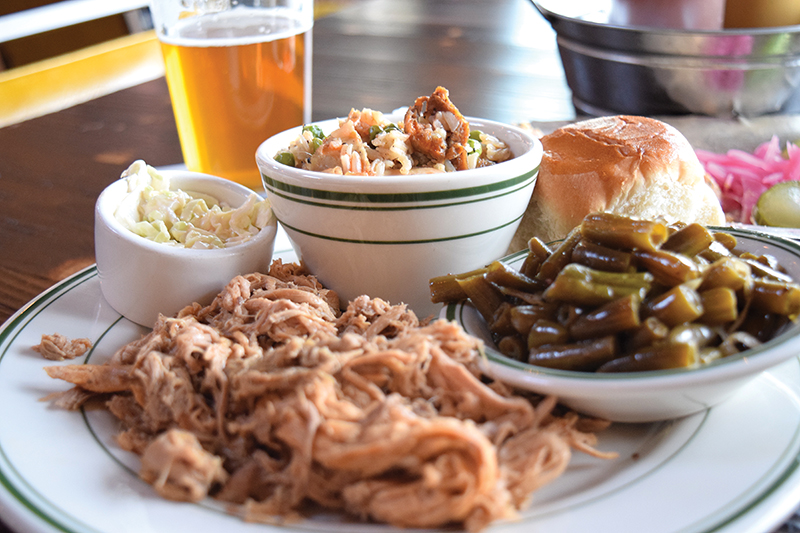 In the city limits alone, there are 15 microbreweries, and at any time of day, most are heavily occupied with beer enthusiasts – locals alongside visitors who have traveled to Asheville specifically for the beer. The hoppy notes, solid menu and spacious patio give Wicked Weed great commercial appeal, and Funkatorium, one of the area’s oldest breweries, specializes in sour beers. No brewery is probably as influential in beer culture, however, as Burial Beer Co. – a dog-friendly, laid-back and almost always crowded spot with a wide variety of brews from saisons and sours to IPAs and porters. Burial has complex beers for the aficionado alongside easy-drinking blondes for those who are more interested in quantity, cornhole and sunshine.

Given its location in the middle of the Blue Ridge Mountains, Asheville offers countless activities for outdoor enthusiasts. If you want to stay in the city, there is a greenway along Asheville’s French Broad River that’s a perfect place to go for a paddle or to rent a bike. If you want to explore the mountains beyond, do a leisurely hike with the Blue Ridge Hiking Company up to the famed Max Patch, a grassy, rolling green hilltop high above the Blue Ridge Mountains located on the famed Appalachian Trail.

Located just off of the French Broad River, The River Arts District explodes with artists and creative innovation. Painting, clay and ceramics, textiles, mixed media, photography and everything in between can be found along this frenetic stretch. Artists influenced by local surroundings – and the world at large – populate this area, turning it into one of Asheville’s trendiest neighborhoods. And if you can stop by Blue Duck Tacos, you won’t be disappointed. 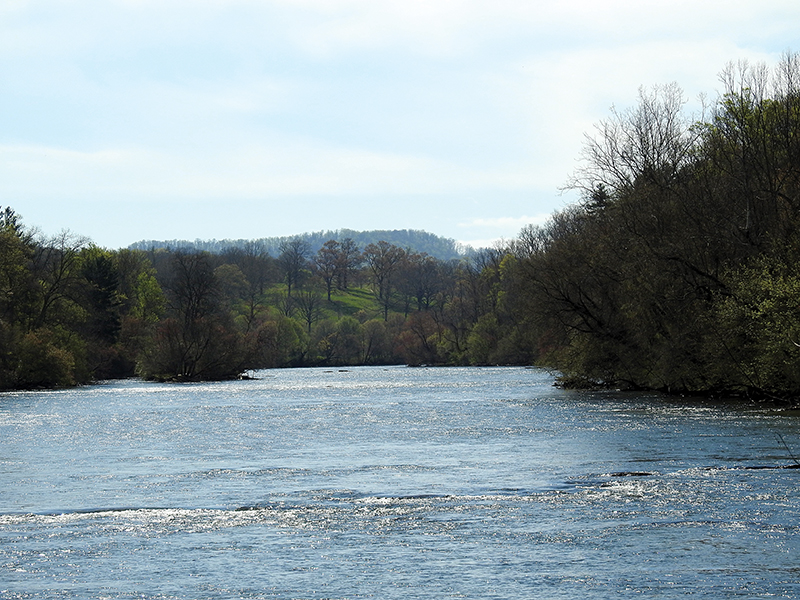 Hotel Indigo is a two-minute walk from most of downtown Asheville, including The Grove Arcade, one of the area’s most noted shopping areas. This contemporary boutique hotel has an attentive and well-informed staff, minimalist chic rooms and grand views of the surrounding Blue Ridge Mountains.