The American West in London - 405 Magazine 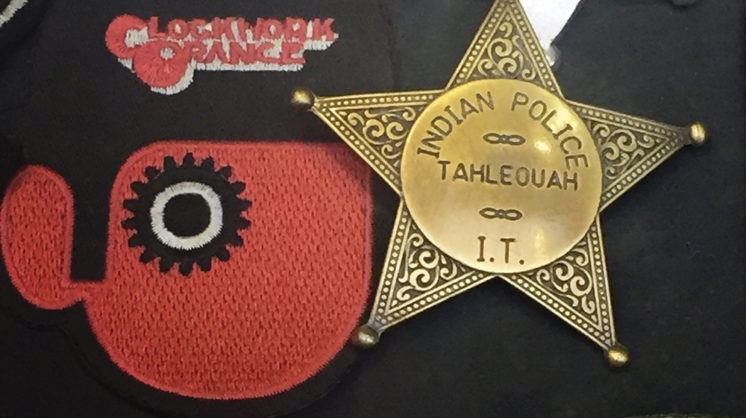 On May 9, 1887, Buffalo Bill Cody’s Wild West Show made its debut in London before a crowd of 28,000 in the first-ever performance at the outdoor arena at Earls Court.

The show caused such a sensation that the reclusive Queen Victoria, in mourning since the death of her husband a quarter of a century earlier, requested a private performance.

Black Elk, the Oglala Sioux warrior who would survive both Little Big Horn in 1876 and the Wounded Knee Massacre in 1890, noted, “She came to the show in a big, shining wagon, and there were soldiers on both sides of her.” Sitting in the royal box with an entourage of 25, “We stood right in front of Grandmother England. She was little but fat and we liked her.”

At the start of the show, a horse and rider galloped into the arena carrying the American flag. The ringmaster announced that the flag represented peace and friendship. And then something remarkable happened: the queen rose to her feet, and bowed in front of the flag.

An amazed Cody recalled, “Then – we couldn’t help it – there arose such a genuine heart-stirring American yell from our company as seemed to shake the sky. It was a great event. For the first time in history, since the Declaration of Independence, a sovereign of Great Britain had saluted a star-spangled banner.”

One hundred thirty years after that event, only the spirit of that day lives on. Earls Court Exhibition Center was knocked down last year, and the plaque that was placed there to commemorate the hundreds of performances by Buffalo Bill and company has been lost to history.

Glimmers of the American West, however, survive in the English capital – if you know where to look.

The Mysterious Headdress in the Tower of London

Past the suits of armor and ancient lances, within the mighty stone walls of the Tower of London, visitors wander centuries-old passages worn smooth by the feet of those who plotted royal intrigue, wore the crown jewels, devised torture chambers and pronounced doom on the luckless prisoners who would never again see the world beyond the castle walls. But as tourists turned a corner in a darkened room, an unexpected relic, brightly lit and encased behind plexiglass, held a place of honor against a bright blue background: an American Indian war bonnet.

I was one of those tourists, startled to come across the relic in 2015. It looked authentic, a little weathered and old. Back in Oklahoma, I’d sometimes think of the headdress and wonder how it went from the Great Plains to London’s most famous fortress. Was it taken in battle? Given as a ransom? Presented as a gift? It turns out that it was nothing as romantic as I’d imagined. 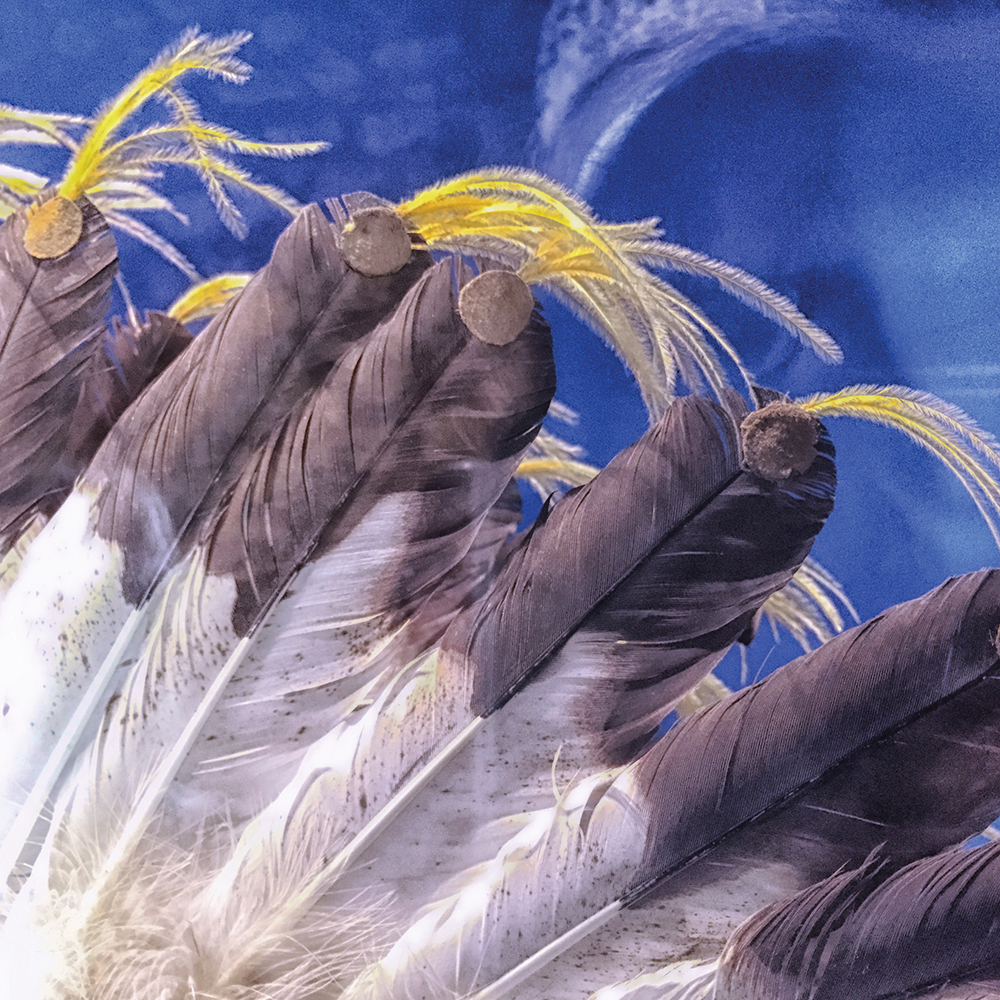 Returning to London earlier this year, I found the piece no longer on display. In its place was a wooden statue known as the Lumley Horseman – a carved depiction of King Edward III on horseback, commissioned in the 1580s, thought to be the oldest surviving English equestrian statue.

But what happened to the headdress? Bridget Clifford, Keeper of the Tower Armouries, was able to shed some light. Known now as Inventory Number M.61, the headdress was purchased at the Birmingham-based auction house Weller & Dufty in 1994.

“It was described as a feathered war bonnet, and has eagles’ feathers with four ermine skins hanging loose at the brow,” she says. “It was displayed with six arrowheads said to have come from Blackfoot Indians, given to the great aunt of the donor in about 1900 while traveling the Ohio trail. They were presented in 2002 to the museum. We have other American material in the Collection, but little of native origin.”

As the Lumley Horseman glistens on display, the headdress has now been returned to storage in the museum collections, far from curious eyes and the towering skies of the Great Plains.

A bison paws the ground in Kensington Gardens, holding down one of the four corners of the world at the Albert Memorial, Queen Victoria’s elaborate salute to her beloved husband. Planning began a month after his death from typhoid at the age of 41, and took nearly 15 years to complete.

At the center of the universe is Albert, glistening under a golden canopy, surrounded by statues representing the continents of Europe, Asia, Africa and America. The charging bison anchors an allegorical tableau of indigenous Americans in various states of undress, created by the sculptor John Bell.

“The Spirit of America,” wearing a Native headdress, rides the bison side-saddle, spear in her right hand, shield in her left. She is flanked by two women representing Canada and the United States, with two men representing Mexico and South America seated behind them. Alone among the continental groups, the Americas were infused by Bell with an expression of “present progress and general onward movement,” led by an armed woman “mounted on a bison, charging through the long prairie grass.” 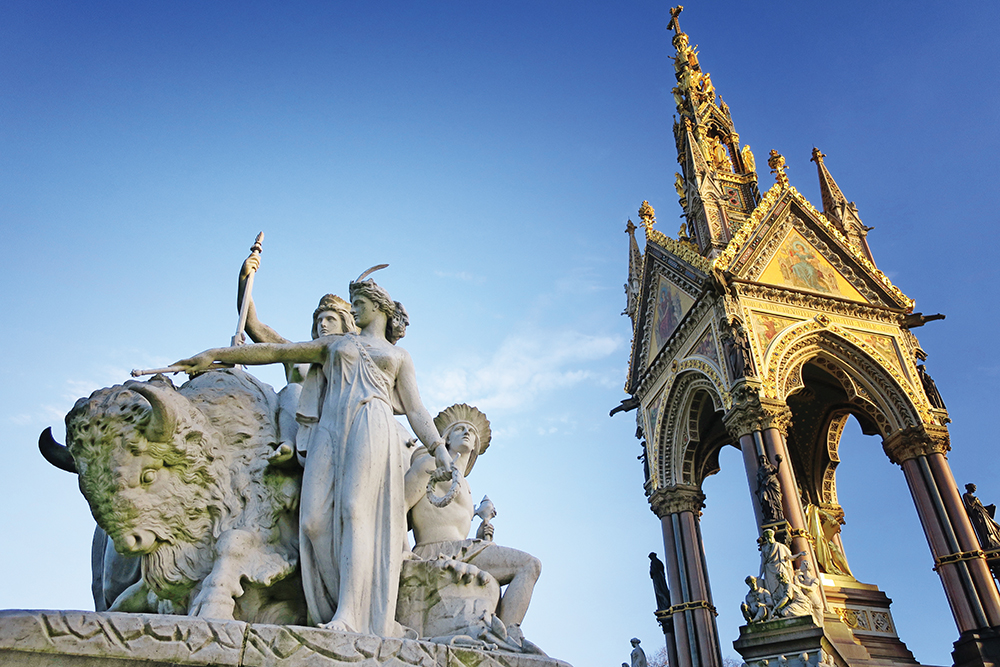 Meanwhile, back in the American West, during the 1862-1875 span of the memorial’s planning and construction, the slaughter of the bison was in full force. Their numbers plummeted from a population estimated as high as 60 million to near-extinction, with only 300 remaining by the turn of the century. At the same time, the Native Americans idealized in marble were engaged in losing battles for their homelands west of the Mississippi.

Nevertheless, back in London, the depiction of the Americas with a Native flavor pleased Queen Victoria, who had the last say about the hundreds of components in her husband’s elaborate memorial. The America group went through several changes, based on her preferences. One of her notes on Bell’s early sketches disapproved of the animals that were included: “I don’t think much of the Beaver.” By the next version, the beaver had disappeared, leaving in its place a poetic version of the wild Americas, memorialized in marble.

Tucked away down an arched alleyway called Pickering Place, not far from St. James Palace in the heart of London, a plaque in the shadows marks the former location of an outpost of the American West.

The 60-foot-long alleyway leads to the smallest square in Great Britain, where it is said the last public duel was fought. Its seclusion made the tiny courtyard a natural choice for shady enterprises including bear-baiting, gambling and houses of ill repute. But the location also was convenient, near the Palace of St. James, and many rented space in the building, owned then and now by Berry Bros. & Rudd – wine merchants and makers of Cutty Sark Scotch Whiskey.

Among the tenants was the Embassy of the Republic of Texas, one of two established in Europe by the independent nation. (The other was in Paris, at the Hotel de Vendome.) But they were not to last. The Texas representative, Dr. Ashbel Smith, skipped town as it became clear the Republic was about to join the Union, leaving behind an unpaid rent bill of $160.

In 1963, former Gov. Price Daniel attended the unveiling of the historical plaque at Pickering Place, sponsored by The Anglo-Texan Society, which had been founded a decade earlier by author Graham Greene.

In 1986, to mark the 150th anniversary of the founding of the Republic, 26 Texans traveled to No. 4 St. James Street to pay the overdue bill. The men dressed in buckskins and paid the $160 — in Republic of Texas bills. 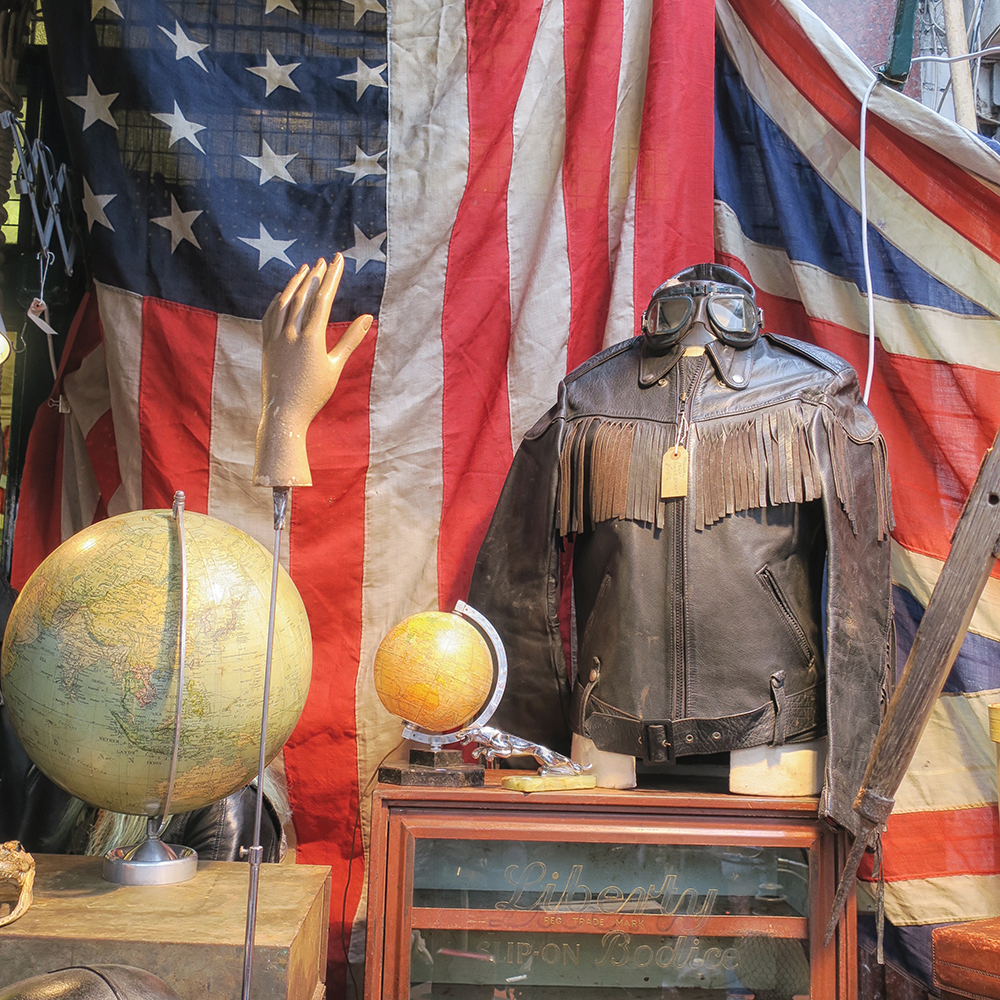 At Harrod’s, the five-acre luxury department store on Brompton Road now owned by the nation of Qatar, high above the specialty foods and nestled among the upper-floor restaurants is the Disney Wild West Cafe, featuring Woody, Jessie, Bullseye and Monument Valley vistas.

Even on the London Underground, travel posters beckon with images of abandoned highways stretching to the horizon, and dusty mountain bikers pausing amid the red rocks of the Southwest.