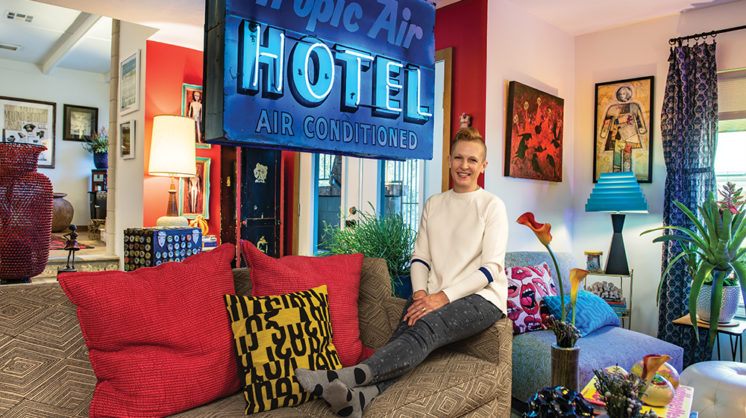 Across the street from the majestic Oklahoma Judicial Center, in a Lincoln Terrace house made of rare Austin fossil rock with a magnificent view of the State Capitol, lives a family whose matriarch’s creative energy could easily fill the entire Capitol dome and then some.

The aforementioned Marilyn Artus, her husband Andy and sons Austin, 21, and Abraham, 19, had lived in OKC’s historic Gatewood neighborhood for years before discovering their current digs. Artus swears that the Gatewood house was done in a shabby chic style, which suited its 1926 construction date, but which is difficult to picture her inhabiting – especially after seeing this home. 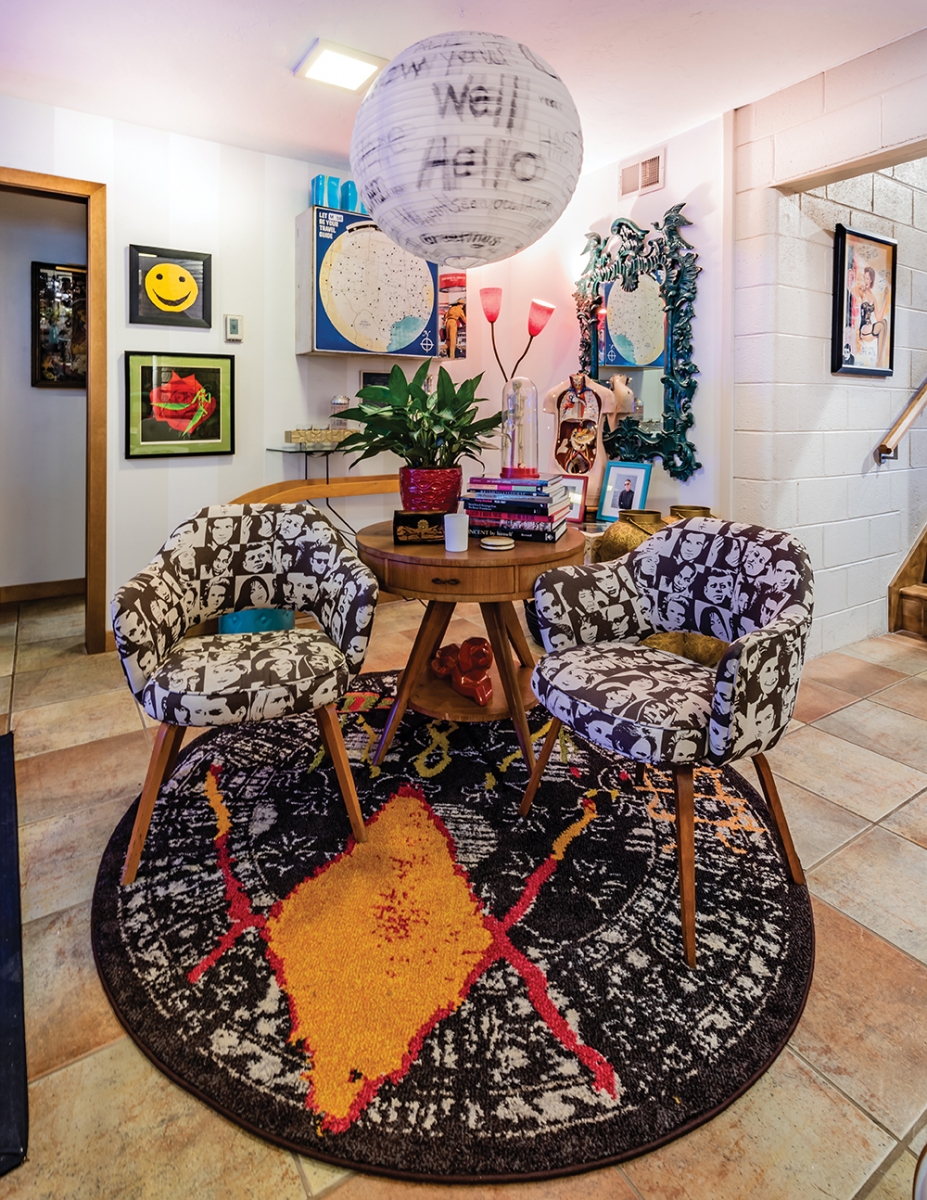 The colorful, exuberant interior of the Lincoln Terrace house perfectly, almost precariously, straddles the line between sophisticated and wackadoo, and is filled with art, custom furnishings, thrift-store finds, vintage neon and colorful little odds and ends. Andy, a civil rights attorney, has dubbed the home’s style “Mid-century Bohemian,” and that’s a perfect description.

Marilyn, a full-time artist and a founder of the greatly acclaimed all-female art show and sale The Girlie Show, and Andy began their own story in the latter decades of the 20th century on a blind date. “We were set up by a girl who had a crush on Andy,” Artus says. “Our first date was at Liberty D’s in Norman. And that was it. I felt instantly at ease and comfortable.” The couple has been married for 26 years. 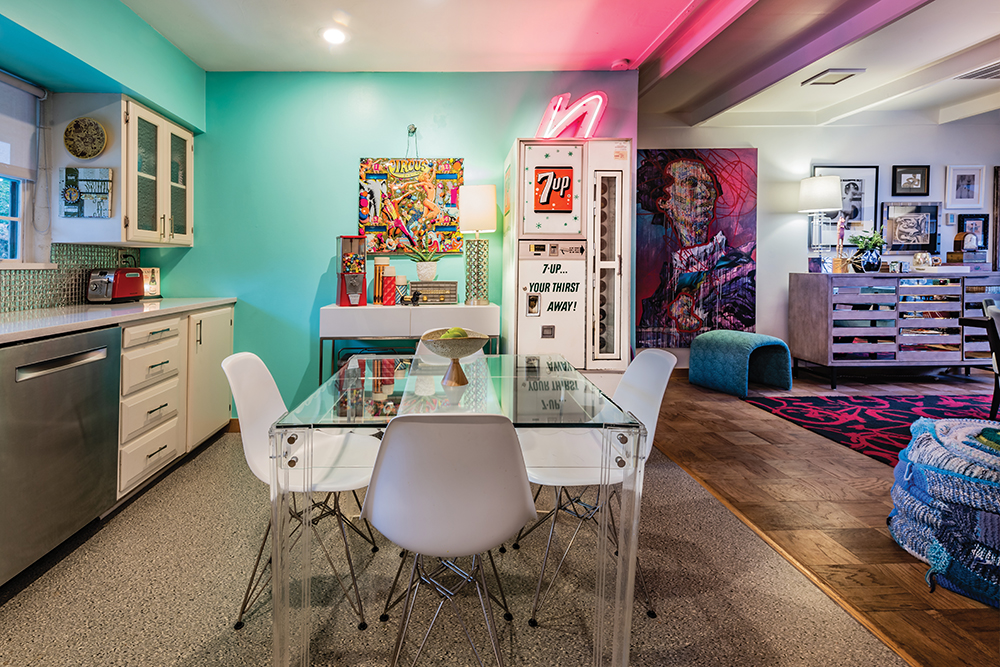 Stitching, sewing and the American flag are recurring techniques and themes in Artus’s artwork. “For me, stitching is a family heritage, from my mother and grandmother,” she says, adding, “I’m using the American flag as a vehicle for feminist exploration.” Visitors to Science Museum Oklahoma may recall seeing a huge flag she created for that space. She has also had work at Oklahoma City’s 21c Museum Hotel and the Gaylord-Pickens Museum. She is represented by a gallery in Nashville.

Artus is working currently on a massive project dealing with women’s suffrage and winning the right to vote. The exhibition, her largest, is taking her across the country: 17 trips to 36 states in just over 14 months. “Where it will end up is up in the air,” she says. “It will be done by the 2020 presidential election.” 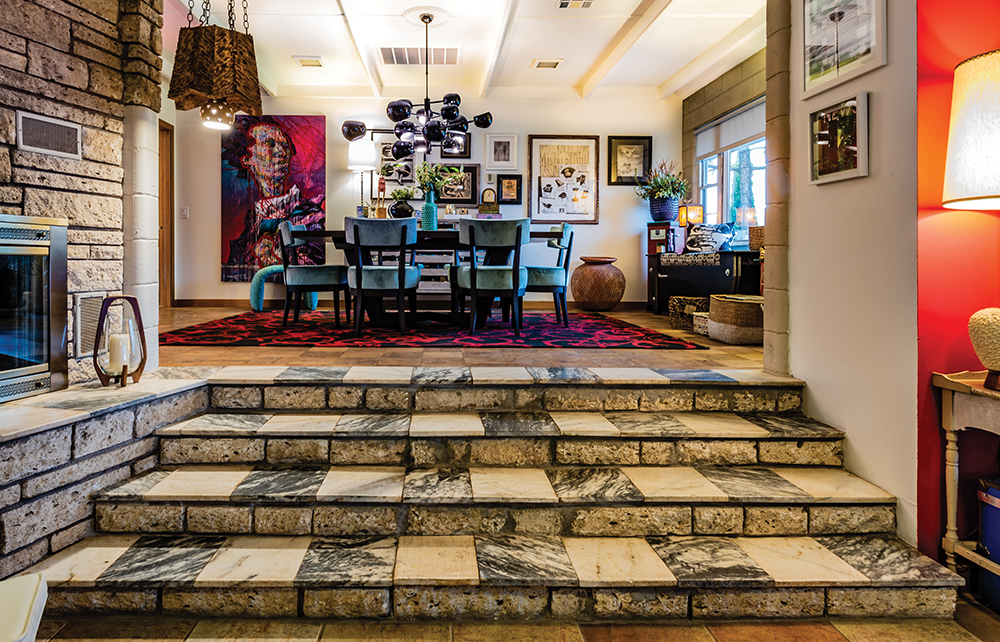 Her studio occupies the lower level of the family home. It’s home to works-in-progress and supplies, including her late mother-in-law’s bead collection. “She made ornaments out of them, and when she died, I couldn’t let go of them,” Artus says. Thousands upon thousands of sparkly, colorful beads occupy jars and tubs, and Artus now adds a few to every flag she makes.

According to Marilyn, the Artus clan has found its forever home in Lincoln Terrace. “We love it here. I can’t imagine being anyplace else. We’re never leaving.” 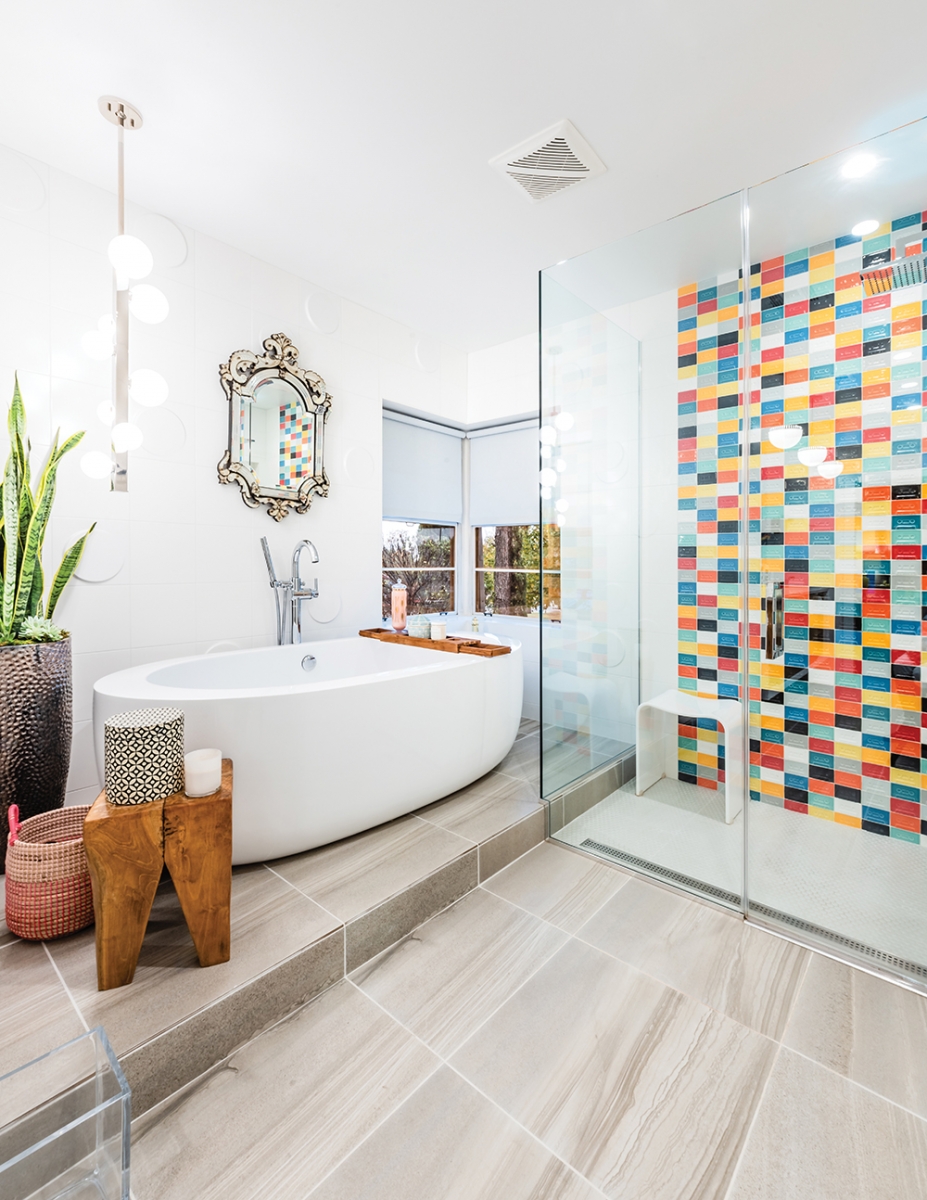