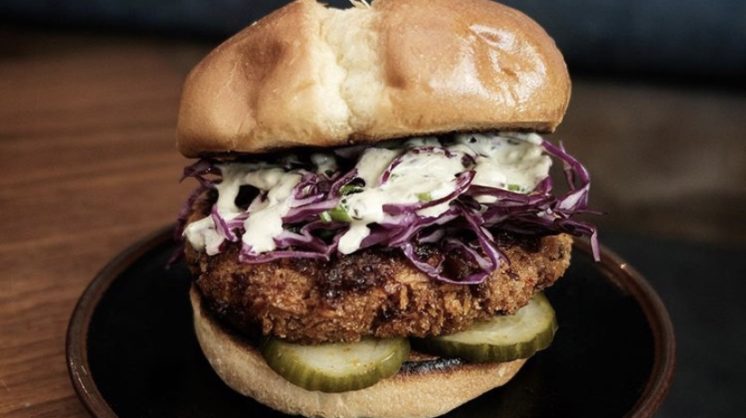 The Nichols Hills location of 84 Hospitality’s Empire Slice Shop opens Tuesday, Sept. 1, in the space formerly occupied by Slapfish. The hospitality group founded by Rachel Cope has been one of the most cautious in its approach to dining during COVID; and while caution will continue to be the norm for the foreseeable future, the opening of Empire in Nichols Hills is the first of several moves Cope will oversee in the coming weeks.

With the consolidation of Gun Izakaya and Goro Ramen in the Paseo District (more on that below), the former Goro space will soon be home to Chef Jeff Chanchaleune’s tebasaki (fried chicken, usually wings) concept, Tori Tori! It will, according to Cope, be a Japanese wing shop with other influences, including the Southwestern U.S. 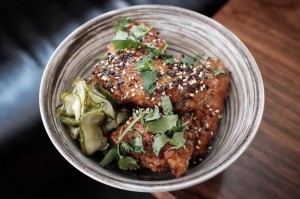 “We’ll have a couple sandwiches on the menu, and we’ll have the karaage chicken that people loved from Goro in nugget size,” Cope said.

Cope emphasized that many of the changes coming were in the works before COVID hit. “I was on the phone last year as soon as I heard Slapfish closed,” she said. “We were moving forward with Empire before COVID.”

The slow down provided additional time to think through and refine concepts, but 84 was always going to make some of the changes we’re seeing. Tori Tori! is Cope’s first foray into “the future of dining.”

“We don’t yet know the full effects of COVID,” she said. “We may not for a long time, but this concept fits well in the Plaza and it represents the future of dining post-COVID.”

What does that mean? “We’re looking at concepts that require less staffing combined with food that travels well for takeout and delivery,” Cope said. “Pizza and fried chicken are obvious choices. We’ll be looking to maximize outside sales – patio, takeout and delivery – and we have to have some high-volume concepts that can support our more experience-driven stores, like Goro Ramen + Izakaya.”

Gun, which was easily one of the best new restaurants in the city last year, will be the physical home of the new Goro Ramen + Izakaya. In fact, Chanchaleune has said from the beginning that he and Cope wanted to make one concept from the start of Goro, but the space was too small. This mash-up is the fulfilling of that vision of ramen and izakaya (Japanese pub).

Cope said the goal is to open the retooled concept in September, hopefully around the second week. She estimates 70 percent of the Gun menu will be preserved, and of course, the ramens are on the menu. There will be some favorites drop off; that’s inevitable in a combined menu. Diners will finally be able to get ramen and yakitori in the same space, though, and that’s a plus.

84’s other Paseo concept is Burger Punk. The new patio is complete, and Cope said they will be opening for to-go and dinner only in the next couple weeks. “It’s still too hot for lunch on the patio, so we’re holding off on that.” The best news is that the Turbo, the frozen Bourbon and coffee cocktail, will be available again when the weather is still warm.

The Empire location in Tulsa has yet to reopen and Cope said a patio in the back of the building is under construction. “Downtown in Tulsa is still pretty slow, and the streets around the restaurant are still torn up,” she said. “It’ll take six weeks to build the patio, and then three weeks to get a permit, so we’re still a way out.”

As for the old Easy E location, Cope said, “We don’t have anything super planned out yet, but we’re thinking through our options now.”