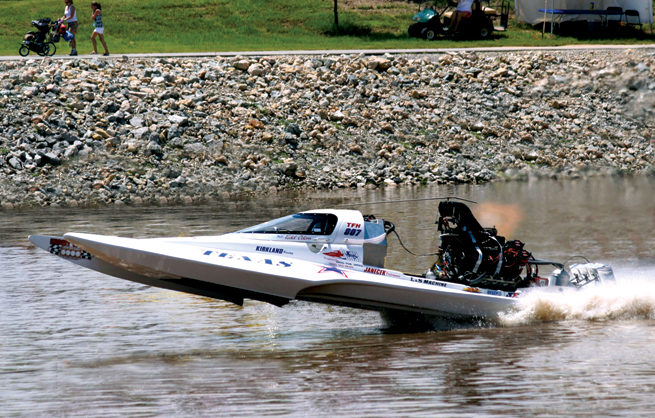 June 8-10, Oklahoma River, okcmotorsports.com, 630.7668
Don’t blink. It only takes a fraction of a second, but even an instant’s distraction can be critical when the objects of scrutiny are moving over 260 miles per hour. Determination, skill and blazing speed are the recipe for success at the fourth annual Ozarka OKC Nationals, burning up the Oklahoma River with Southern Drag Boat Association-sanctioned races run among 13 classes of racing boats from Top Fuel Hydro boats to personal watercraft. Unless, that is, you’re a spectator: in that case the recipe is as simple as arriving to enjoy the pre-race Show and Shine demonstration, live concert and fireworks show, followed by two days of speed and excitement.