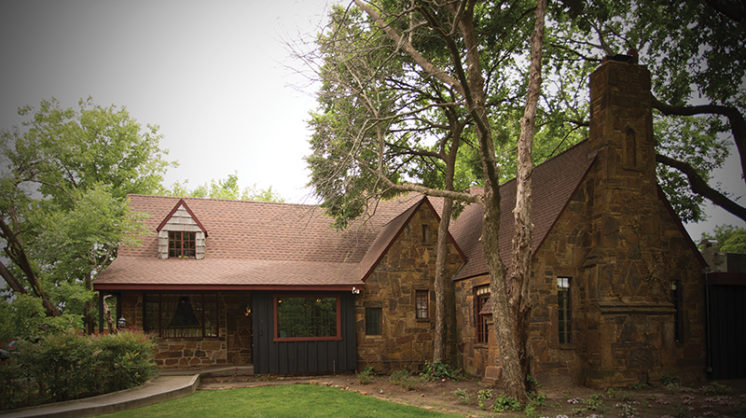 The name conjures up visions of ghostly beings roaming the stately, wood-paneled halls. But in reality, the Haunted House is one of Oklahoma City’s best-loved and most charming restaurants.

Located at the end of a quaint, tree-lined driveway near NE 63rd and Eastern, the landmark establishment has undergone a renaissance within the past year. New owner Patrick Boylan acquired the Haunted House at an auction last year, shelling out a relatively meager $196,000 for the 4,500-square-foot 1935 manor and 2.5 acres of prime real estate. He immediately went to work restoring the restaurant and the grounds.

“This was a 1935 mansion that needed a lot of work,” Boylan says. “It was basically deferred maintenance that had built up over a lot of years. I got busy cleaning the carpets, painting, washing the windows, trimming trees. It really came back to life.”

According to local legend, the restaurant’s name came from the 1963 murder of 74-year-old auto dealer Martin Carriker, who lived in the house with his wife Clara and stepdaughter Margaret Pearson. Ultimately, Pearson was charged with Carriker’s murder. Investigators claimed she and two handymen had conspired to kill her stepfather. Before she could go on trial, Pearson’s mother, Clara, also died.

A jury later found Pearson not guilty of her stepfather’s murder, and she returned to the mansion. It was foreclosed on in 1964, and just before she was set to move, Pearson, too, was found dead inside the house. Her murder was never solved.

“Following those tragedies, the house was sold to Arthur and Marian Thibault,” Boylan says. “They bought the mansion and the grounds on May 30, 1964, which, coincidentally, happened to be the day I was born. They chose the name ‘Haunted House’ because of the murders that had occurred there. The restaurant opened that year and operated for 51 years. I re-opened it last summer on July 4.”

Boylan said the restaurant business is a total hobby. He also owns J. Bruner’s Steakhouse in the Lake of the Ozarks, near Osage Beach, Missouri, and so renamed his Oklahoma City restaurant “J. Bruner’s at the Haunted House.” 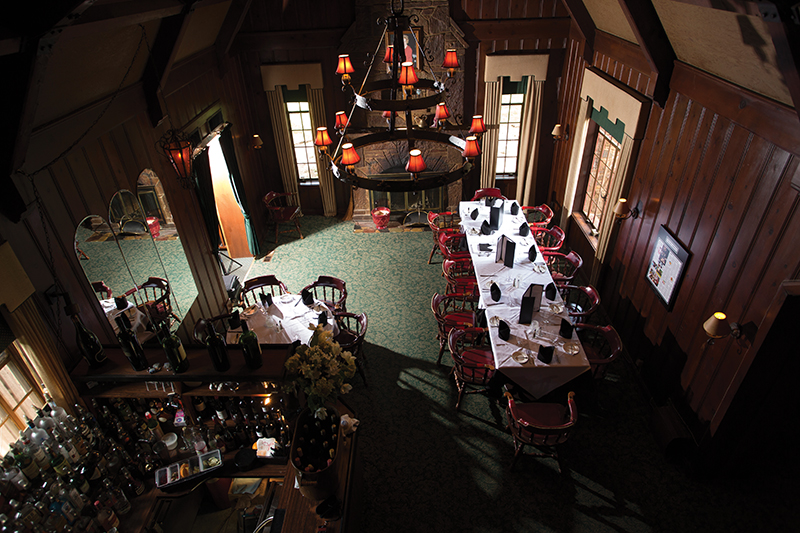 “I usually eat out every meal, every day,” Boylan says. “So the restaurant business has always intrigued me. It’s not a lucrative business, but it’s a fun business. It’s sort of like having a bunch of friends over for dinner every night, but I don’t have to clean up after.”

During its original run, the Haunted House served everyone from movie stars to British royalty. Bob Hope and his wife dined there, and so did Liberace and Lauren Bacall. Sarah Ferguson, the Duchess of York, also dropped by while she was in town.

The restaurant was always one of Boylan’s favorites, a place he often entertained clients for more than 30 years.

“I first started my production company, PDC Productions, in 1982,” he says. “At that time, Oklahoma City only had a few fine dining establishments. There was Val Gene’s at the top of Founder’s Tower, and, of course, Junior’s in the Oil Center. And then there was the Haunted House. Back then it was kind of a go-to spot.”

When Boylan met his boyfriend, Alek Vladimirovich, the restaurant soon became a romantic spot where they spent each Valentine’s Day. The two men were married last September.

“I really didn’t want to change much about the restaurant,” Boylan says. “But I have upgraded the menu, and the steaks and prime rib are totally different than any other steakhouse in Oklahoma City. Everything comes from Stockyard Beef in Chicago, and it is 100 percent grain-fed beef. Our food is incredible.”

And the exceptionally elegant atmosphere is a big part of what gives the revitalized landmark its spirit … however many of those might be around this time of year.

► J. Bruner’s at the Haunted House