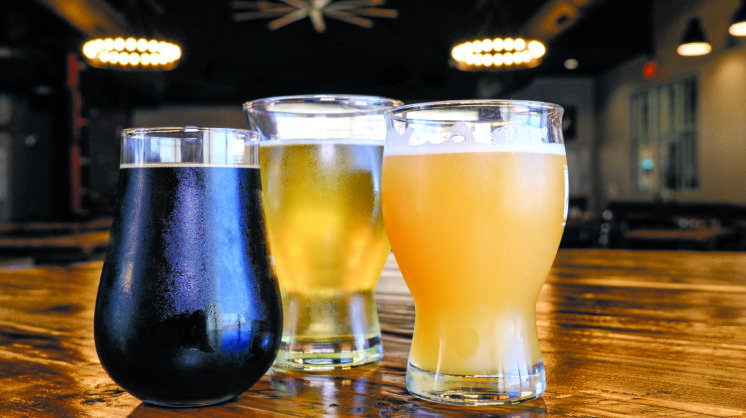 Covering the Oklahoma City beer scene 10 years ago meant a one-page story on a handful of breweries and a few beer-centric bars that served mainly domestics and imports. There weren’t enough local beers to fill the tap handles at any respectable beer bar. Everyone knows the story has since evolved, but the degree of change may be surprising to the non-beer nerd.

In central Oklahoma alone, the Alcoholic Beverage Laws Enforcement (ABLE) Commission has 27 active breweries listed as licensed, and there are at least 20 more in the Tulsa metro. Some of those names – including Anthem, COOP, Marshall, Prairie Artisan Ales and others – are more familiar, as they were pioneers in Oklahoma craft brewing. Others are so new that their names are still relatively unknown: Broke, Core 4, Cross Timbers, Skydance, etc.

“It’s difficult to know how many breweries there are at every stage of development in the state,” says Patrick Lively, co-owner and founder of Lively Beerworks and the current president of the Craft Brewers Association of Oklahoma. “Part of the problem is knowing what a ‘brewery in planning’ is, because all you have to do is speak it aloud to get the process started.”

Licensing is different for brew pubs, contract brewers and licensed breweries, and no one currently aggregates all the information, but an educated guess would be that – including current license holders – there are more than 80 breweries in some phase of development or operation in the state. That is roughly double the number from the same time last year. 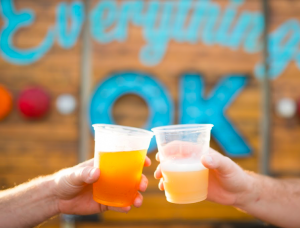 Driving this growth is an ever-increasing love of local beer, the explosion of taprooms with solid customer service and amenities, major changes in alcohol laws … and, honestly, really good beer. Anyone who came to Oklahoma after 2010 could be forgiven for believing that we always had this much quality beer in the state, because we have an abundance of the good stuff that is disproportionate to the size of our state.

COVID-19 shook every sector of the hospitality industry, and breweries were not exempt. Trends changed after the statewide lockdown, but for those who were paying attention, they were already changing noticeably last year. Breweries, like any good business, track those trends and alter their business models accordingly. What we are seeing is a major trend toward lighter beers with better balance and much less bombastic flavor profiles. The trend toward uber-hipster types seems to have waned, and people en masse are choosing pilsners over, say, some rare beer that was brewed in the coffee can where Charles Bukowski once kept his pens.

We tried to get a broad look at the industry for this feature, but the task is too large now to cover succinctly. Given that it’s a summer issue, we decided to focus on summer drinking; the trend toward lighter beers; and new taprooms and breweries. 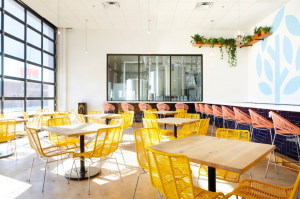 As with cocktails and wine, summer tastes with beer tend toward the lighter, fruitier and more refreshing. Most breweries have at least one year-round style that works in the summer and functions as a workhorse product the rest of the year. IPAs still outsell other styles, and the lighter, East Coast styles work well for hotter weather, too. We tasted around the city to find some go-to options for summer. 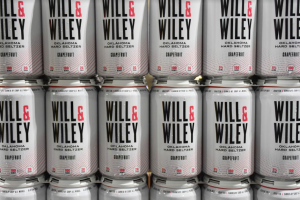 COOP Ale Works launched the Will & Wiley hard seltzer line in early spring, the first Oklahoma brewery to commit to the trend popularized by love-it-or-hate-it brand White Claw. The OKC company launched a consumer line with four flavors – get the cherry lime! – and a flavor-neutral seltzer for use in bars and restaurants. Given the lockdown, it’s now impossible to know how the line would be doing if the team had had more face time to get the word out. Still, the segment is strong and shows signs of growth this year, and given that it’s an excellent product, Will & Wiley will likely catch on throughout the summer.

“We wanted to go premium with Solo Spritz, to use quality ingredients and color from the fruit as well as flavor,” Jaskula says. “We thought it would help differentiate our product in a market that’s already very busy.”

Seltzer, which is obviously not beer, still indicates a significant turn in the market toward lower-alcohol, “healthier” options, and less complex flavor profiles. Breweries are now turning to the popular low-calorie, low-alcohol-by-volume beverage to expand their offerings for guests. Stonecloud had house-made seltzer from Day One, so offering hard seltzer was an easy transition. In fact, its pink lemonade seltzer, engineered to taste like Country Time lemonade, was so popular employees weren’t even able to buy any. “We sold through it so fast,” Jaskula says. “We thought it would be popular, but we far exceeded our expectations – so much so we’re making it again.”

Stonecloud also collaborated with hip-hop artist “Jabee” Williams on his cocktail-inspired seltzer Fragile & Cruel, crafted to resemble an Old Fashioned in flavor. “We’ll continue to produce one-offs and other projects centered on seltzer,” Jaskula says. “Customers have indicated they love it.” 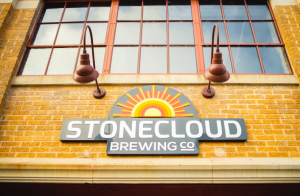 Vanessa House is getting on the low-cal trend, too, but not with seltzer. “We’re working on a low-calorie IPA for the summer,” says Andrew Carrales, one of the founders. “We’re shooting for 100 calories and low IBUs (International Bitterness Units), likely in the 60s.”

The name, Vibe Audit, follows the Vanessa House trend of naming their beers after moments shared by the founding partners, with Broken Tile and Garage Fire sharing the crown for funniest story over a beer. (Next time you’re in the taproom, ask them to tell you the stories.)

“During the street construction that disrupted our sales and taproom traffic, we kept telling each other to audit our vibe because we were stressed out constantly,” Carrales explains. “When we started talking about a low-cal beer, that was the obvious name. We monitor trends, and seltzer has indicated a solid interest in low-calorie choices, so we’ll release it as soon as we’re happy with it, but it will be this summer.”

Brad Stumph is the founder of the Oklahoma Brewers Union, a contract brewing facility with a taproom and green space that operates as an incubator for new breweries.

Angry Scotsman and Elk Valley both spent some formative time in the B.U. Currently, the tanks are being used by Skydance Brewing Company and Cross Timbers Brewing Company. During the COVID shutdown, he noticed trends in the beers customers ordered for delivery. “There was a different move toward lighter and more sessionable,” Stumph says. “The delivery sales were very different from our taproom sales in terms of style.”

Restaurateurs have made the same observations about the food people purchased; there was a definite trend toward comfortable, predictable and familiar. In spite of the deluge of “uncertain times” commercials and the consequent exhaustion with the phrase, there was plenty of uncertainty to go around through March, April and May, even into June. But the trend toward lighter and “healthier” began last year. Like with so many other things, COVID-19 just accelerated the process.

New and Nearly New in Brew

Roughtail Brewing Company launched in 2013 in Midwest City. Owners Blaine Stansell and Tony Tielli built a popular brand thanks to solid beer, the exceptional Everything Rhymes with Orange (easily one of the best, most approachable IPAs available), hard work, and the lizard. “We were looking for a brand identity and we knew we wanted an animal,” Stansell said. “Armadillo was taken; coyote was too obvious; we liked the look of the roughtail gecko.”

In mid-May this year, the two opened their 20,000 square-foot brewery and taproom on W. Memorial Road, with more than 3,000 of those square feet dedicated to the taproom, including seating, private rooms and bar. “We were maxed on space at the original location with no room to grow,” Stansell said. “We both live in this area, and we got five acres for a good price. It’s hard to get five acres in the city.”

Roughtail joined several other breweries in opening new taprooms over the past year: Black Mesa and Crossed Cannons, both in Norman, Lively Beerworks just off Oklahoma City Blvd. on SW 2nd. St., Core 4 in the Paramount Building, and Frenzy Brewing in Edmond.

Matt Conner and Jeremy Estle are the owners of Frenzy Brewing, which opened in the historic E.A. Bender building in Edmond in June. The pair decided on a historic building in downtown Edmond because they wanted to be part of the “renaissance” that’s happening along and around S. Broadway.

Jake Keyes is the founder of Skydance, and his is the first Native American-owned brewery in the state. When construction is finished, he’ll have a full operation on NW 7th Street, east of Broadway near Automobile Alley, another area of the city that’s seeing growth. Keyes said the goal is to be brewing by the first quarter of 2021. In addition to the taproom and brewery, the facility will house a restaurant, patio, office space and a mezzanine for private events.

When The Big Friendly opens in Wheeler District this summer or early fall, it will mark an important transition for brothers Joe and Will Quinlin. The Big Friendly name is well known around the city because of the beer bus that built their brand, but the new 5,500 square-foot facility will finally give them a fixed home and a chance to brew large batches of their own beers. 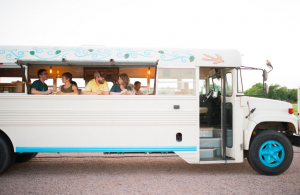 “We have a bunch of recipes and we’re ready to go,” Joe Quinlin said. “We have our own favorite styles, and we also pay attention to the market trends — and like everyone else, we’re enjoying lighter, sessionable beers right now.”