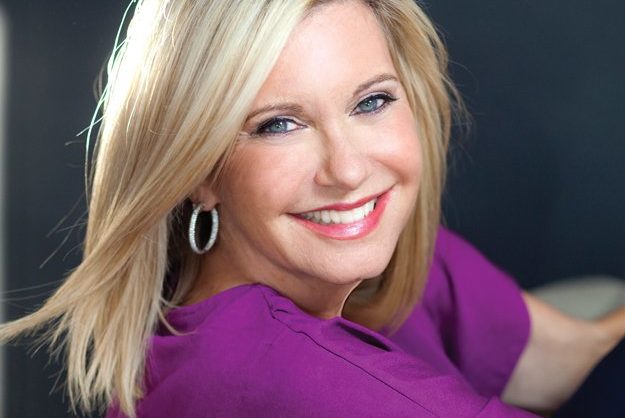 Long before she was Sandy in “Grease,” or the spandex-wearing hottie with the headband in the “Physical” video, Olivia Newton-John was first and foremost a singer. She has won four Grammy Awards, sold 100 million albums and starred in one of Hollywood’s most successful musicals. Today she remains a pop-culture icon, still entertaining the masses with her timeless hits and inexhaustible energy. She recently hit the casino circuit, where she is performing to sell-out crowds – including dates in Oklahoma at Riverwind Casino October 3 and Winstar Casino November 2.

We sat down with Olivia as she reflects on her music, her battle with cancer and the fans who adore her.

An entire generation was raised on Olivia Newton-John. Growing up, who were some of your favorites? Do you still have the old records you collected as a youngster? Oh, you are very sweet; I can’t believe I have been singing for over 40 years and people still turn up! I always loved so many types of music and artists, that one is a tough question. I have to say Julie London, Minnie Ripperton, Doris Day and Joan Baez were pretty influential. As for my old records… oh, gosh, I probably do have them somewhere in a box.

You were always a very sweet, wholesome singer. When your character Sandy changed into the leather-clad mama at the end of “Grease,” it seems you also changed. Your album following “Grease” was “Totally Hot,” which had an entirely new sound. Was that a deliberate move on your part to change with the times? When we made “Grease,” we had no idea it was going to be as big a hit as it was, and still is. It seems at every concert there is always a new generation of young girls who are discovering Sandy and the film.

I think with “Sandy 2,” as I call her, it gave me the opportunity to change my image a bit and grow as an artist. So musically, it just made sense to record the songs from “Totally Hot.”

With the advent of MTV in the early 1980s, “Physical” became the anthem for a new generation. What do you remember about the whole “Physical” phenomenon? At first I didn’t want the song to go out there. I mean, it’s a great song, but I thought it was a bit too much. I remember calling my manager; telling him “Don’t release it!” He said “It’s too late, it’s gone to radio.” Of course, it went to number one quickly and stayed there for a while, so I guess I shouldn’t have worried so much. But for the video I said, “Let’s make it about exercise to distract from the ‘naughtiness,’” and that just made the song even bigger.

A few years ago you had a significant cancer scare. How is your health now? I am thrilled to say nearly 20 years to the day after I was diagnosed with breast cancer – and after spending nearly 10 years of raising almost $200 million – the Olivia Newton-John Cancer and Wellness Centre finally opened in my hometown of Melbourne, Australia. Seeing that logo with my name on the building will always be the best billboard of my life and career.

And to answer your question, yes, I am very healthy and happy – the happiest I have been in my life, in fact! Cancer has taken so many close friends from me this year; it just proves how important it is to do everything you can to know your body. I have a breast self-exam device called the “Liv Aid” (www.Liv.com) to help women perform self-exams more easily. Early detection of any cancer is the key to survival, so get regular checkups and physicals.

Last year you went back into the studio to cut a new dance version of your classic “Magic.” What was it like being around long enough to cover one of your own songs? That was so much fun, and I’m so lucky to have had so many great songs throughout my career. I am actually working on a full CD of dance remixes – and a few new ones, too – that will be out early next year.

Oklahoma loves you and is thrilled to have you back in the Sooner state. Thank you. I am so excited to come to Oklahoma again after all these years. The concert is going to be a fun journey through my career. I will take you through my country hits to “Grease” and “Xanadu,” “Physical,” up to a few songs from my new CD. I can’t wait to see everyone!