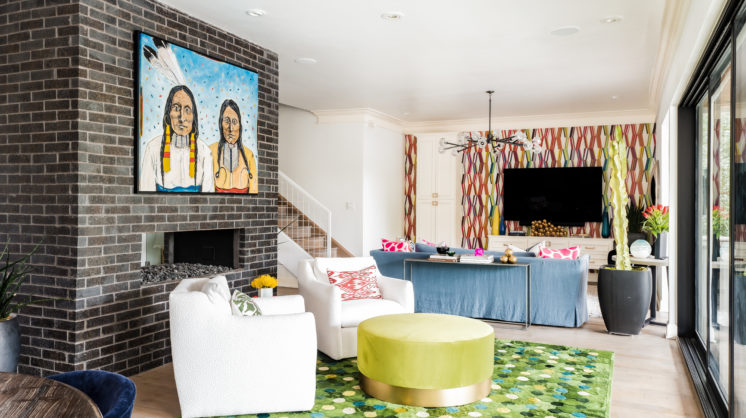 In a tale of two cities, Greg Boxer picks OKC.

It shouldn’t be a competition, but if it were, Oklahoma City would win. With a career in investment banking focused on natural resources, New Jersey native Greg Boxer was working in New York City when new opportunities lured him to Oklahoma.

“I knew about three people when I first moved here in 2014, and I knew zero about the city — the culture, the people, the neighborhoods — literally zero,” Boxer recalled. He spent the next three years bouncing between NYC and OKC. In the end, Oklahoma won his heart.

“I fell in love with the people here,” he said. “I’ve met so many great people of all ages, and everyone genuinely took me in as if I were one of their own family members. That just doesn’t happen in New York City, or anywhere else that I’ve ever lived or visited.”

Interior designer Ivy Pierce began working with Boxer in 2014, and — along with her husband, Mark Pierce, who shares Boxer’s affinity for golf — they quickly forged a friendship. Since then, she’s helped him design a condo and two houses in Oklahoma City as well as an apartment in New York. Most recently, Ivy Pierce worked with Boxer to personalize an edgy modern home built by Randy Sudderth in Nichols Hills. Pierce pulled in bright and playful elements to match Boxer’s high-energy persona.

“Greg is one of those clients that’s like, ‘I trust you, you know me, and let’s just make it look cool,’” Pierce said. “When you’ve done like four houses together, it makes it easy. I can kind of get in his head and think, ‘Oh, he’s gonna love this.’ I wanted the home to look tasteful, but funky and interesting.”

While Ivy Pierce coordinated interiors, Mark Pierce, a landscape architect, designed a putting green for the backyard, a feature he and Boxer were eager to add. In addition, Pierce Landscapes perfected other outdoor spaces surrounding the home.

know, in case something goes wrong — but for me, I thought it was awesome,” Boxer said. Mark and Ivy are both so talented and such great humans.”

To accommodate all of the great humans in Boxer’s life, the home has spacious entertaining areas downstairs, plus an upstairs filled with puzzles, toys and video games for his friends’ kids. (After all, Boxer is the godfather to the Pierces’ daughter.) Two living areas, a large dining room, wine storage tucked under the stairs and an expansive kitchen connect seamlessly to an equally welcoming patio. Boxer loves how the entire back wall of his living room opens up to the backyard for easy indoor-outdoor enjoyment. This home allows him to comfortably host those he loves in a city he has adopted as his own.

“OKC is a gem of a place,” he said. “We have something pretty special here in our city. The people, the lifestyle, the ease of living … The list goes on and on. I’m just thankful I found this place and have been able to truly make it ‘home.’”