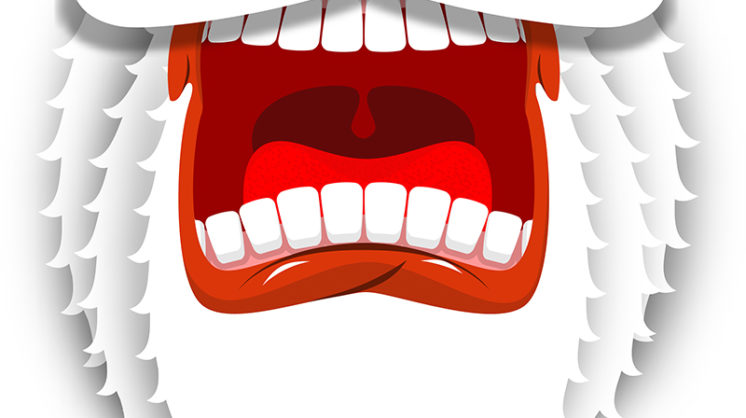 Now that the presidential election is (mercifully) behind us, my co-workers and I are ready for our office’s main voting event: a ballot to decide whether the office holiday gift exchange will be Secret Santa – which would have us drawing a co-worker’s name of out of a hat and buying him or her a gift – or Dirty Santa, the more widely observed game of exchange-steal-brood-steal back.

The ghosts of my Christmases Past continue to haunt me about being on the receiving end of either arrangement. No matter the packaging, whether Secret or Dirty, I always get the shaft.

Here is where I try to console myself that it’s better to give than to receive (and in the case of the shaft, I really do agree). I tell myself that the fun is in enjoying the game and seeing where the gifts end up. In the case of Dirty Santa – a game whose name is not arbitrary – the covetable gifts are quickly unveiled, admired and snatched up three times until they land in the candy cane-sticky hands of the same jerk who brought the shaft, valued $20 below the group’s agreed-upon price point for all gifts. Not that the price should matter – it’s the thought that counts, I try to remind myself as I rehearse an explanation for the Walgreen’s manager in my attempt to return an item without a receipt 15 minutes after the Dirty Santa exchange.

Although it comes from the same phylum, Secret Santa has a slight edge over Dirty in civility alone. If things get bitter in Secret Santa (I’ve got the puff-paint sweatshirt to prove it), the secret can stay as bitter and as secret as you’re willing to keep it (still bitter). In the case of Dirty Santa, your bitterness and the justification for it are right out there for everyone to behold … before turning their attention to the next item they’d like to steal.

In terms of getting something you really want (and remember, the true focus of both gift exchanges should be about the giving, not the getting – keep telling yourself that until you can say it silently without moving your lips), your odds are better with Dirty Santa simply because of the potential number of times you could have “at bat.”
With Secret Santa, the fate of your gift satisfaction rests entirely upon the judgment of one co-worker. Think about that as you’re taking the long way around to avoid someone’s story about the proper way to wield a lightsaber.

On the other hand, Secret Santa allows for enough pre-game reconnaissance among co-workers to tip the scales in favor of someone like me. To avoid being on the receiving end of the Secret Dirty Shaft yet again, I make no secret about my Secret Santa wish list. In fact, the lucky co-worker who draws my name from the Santa hat will have a road map to my happiness, starting with just one gift.

As it does with every holiday and each day in between, my roving eye has caught a glimpse of something online that I might want for myself – in this case, a one-pound bag of just the marshmallows from a box of Lucky Charms. It’s everything you love about Lucky Charms, and nothing you don’t.

Seeing the marshmallows sets my gift-giving mind into motion, sparking magically delicious inspiration for the rest of my not-so-Secret Santa wish list:

1. I think millions of Hostess fans would side with me in saying that the outside cake of a Twinkie or Ding Dong is just the vehicle for the only part they care about: the creamy filling. I’ll just have a 5-pound tub of that.

2. In my family, every birthday comes with a giant chocolate chip cookie from the mall, slathered with a sailboat motif and a manifesto of a birthday message, since this combination produces the highest yield of glorious, artery-choking frosting. Despite  my persistence in the nautical charade, I’ve never scored the ultimate gift: a bag of frosting that I can mainline in the mall parking lot. Make it happen, Secret Santa!

3. In a similar vein, and maybe there’s a cream-filled theme here, I’m tired of pretending to have any interest beyond the Stuf in Double Stuf Oreos. The chocolate cookie is nothing more than padding to contain the Stuf I love. I’ve also heard that Double Stuf Oreos are vegan-friendly (a claim I refuse to challenge with research), which means a cheese wheel-sized block of the Stuf would represent the extent to which I would ever explore a vegan regimen.

Happy holidays … and may you never be on the giving, or the receiving, end of the Secret Dirty Shaft!