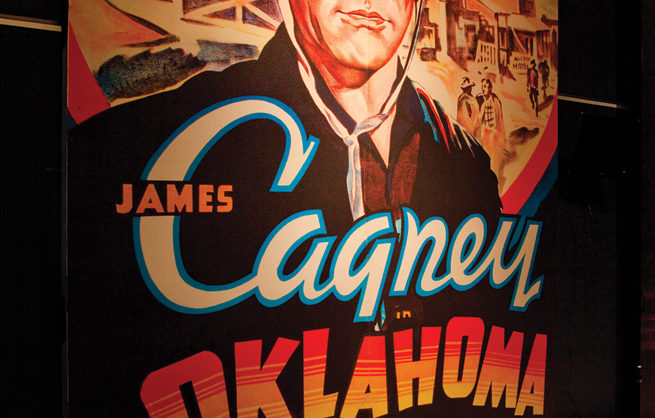 Through May 2014, Oklahoma History Center, okhistory.org/movies, 521.2491
Film is an inherently collaborative medium – anything more involved than a diary recited into a camera on a tripod requires cooperation between writer, director, producer, actors, crew… even distributor and audience. The Sooner State’s own cinematic legacy is the focus of the Oklahoma History Center’s new “Oklahoma @ the Movies” exhibit, and in addition to collecting artifacts, memorabilia and stories about stars and filmmakers with Oklahoma ties, the organizers have collaborated with visitors and patrons to collect and share their memories of local theatres from long ago – so directors like Blake Edwards, actors like Brad Pitt and Joan Crawford and even venerable old haunts like the Coleman in Miami and the Admiral Twin in Tulsa will share the spotlight in this silver screen showcase.