The Story of Oklahoma's Jerrie Cobb & The Mercury 13 - 405 Magazine 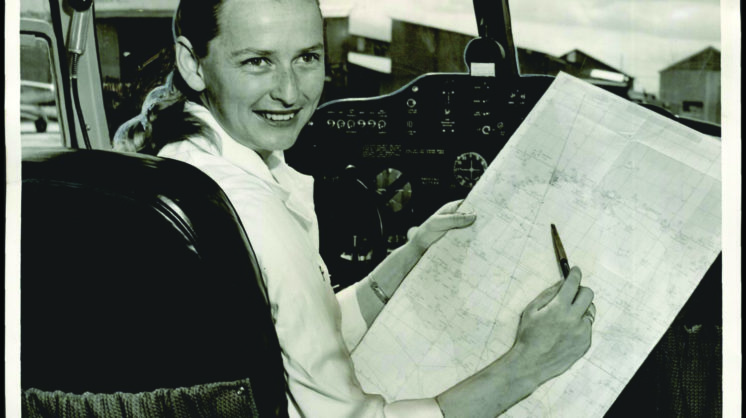 In 1961, Oklahoman Geraldyn “Jerrie” Cobb was on track to becoming America’s first female astronaut. She had set world records for speed, distance, and altitude as a pilot. At 29, as the U.S. prepared for its first manned space flight, she was tapped by William Randolph Lovelace II, head of NASA’s Life Sciences, to undergo testing for a space mission. Lovelace believed women may be better suited than men to conditions in space, both mentally and physically.

Despite Lovelace’s belief in sending women to space, the road to getting there proved to be an uphill battle for Cobb and the 12 women— known as the Mercury 13—who also were recruited by Lovelace as potential astronauts.

Given her acumen in the cockpit, Cobb was Lovelace’s first choice.

“Cobb scored as well and—in some cases— better than John Glenn, Alan Shepard, and the rest,” wrote Martha Ackmann, author of The Mercury 13: The True Story of Thirteen Women and the Dream of Space Flight, in an op-ed piece for the Washington Post.

But the feminist movement was a decade away, and Cobb’s celebrity often focused on her good looks and the novelty of a female pilot.

“If all goes well, perhaps in late 1962 Jerrie Cobb will don a formless pressure suit, tuck her ponytail into a helmet and hop atop a rocket for the long, lonely trip into space,” Time magazine said on Aug. 29, 1960.

“… Just as the women were set for final space flight simulation tests, NASA pulled the plug,” wrote author Ackmann. “The space agency viewed Lovelace’s visionary experiments as just that: experiments. It then announced that it did not have the time or money to waste on women.”

But in 1962, Cobb’s quiet determination took her and fellow pilot, Janie B. Hart, to testify before Congress in favor of women in the space program.

“We women pilots who want to be part of the research and participation in space exploration are not trying to join a battle of the sexes,” Cobb told the committee. “We see, only, a place in our nation’s space future without discrimination.”

But Congress wasn’t swayed. The next year in 1963, Soviet cosmonaut Valentina Tereshkova became the first woman in space. It wasn’t until 1983 that America sent its first woman, Sally Ride, into space on the shuttle Challenger.

A disappointed Cobb returned to private life and spent the rest of her career flying humanitarian missions to the Amazon. On July 20, 1969, as she listened to the moon landing on the radio, she reportedly danced on the wings of her plane, alone in the Amazon.