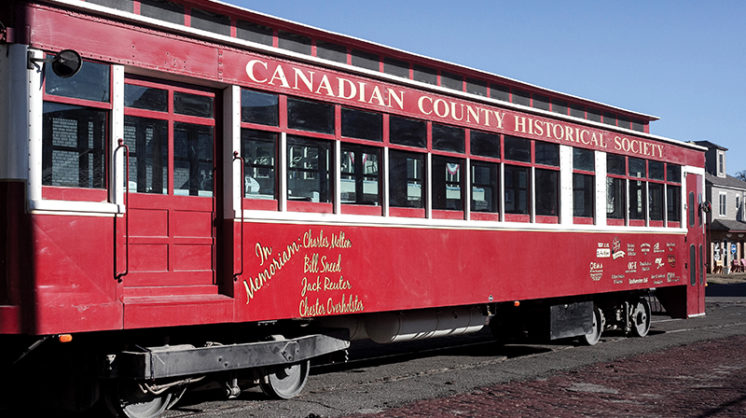 Then and now, it’s a source of pride for her and the denizens of this Canadian County town of 16,000 born by the 1889 Land Run and named for nearby Fort Reno.

“I think what really makes the trolley is the conductor and the tours,” Brothers says. “They’ve always got some funny stories to tell and … things from the golden years.”

But no one in El Reno has to be sold on how important this single car is.

As trolley lines go, El Reno’s less-than-a-mile trek is far from the longest, most scenic or even most famous, but, in 2001, it literally saved a sinking city. 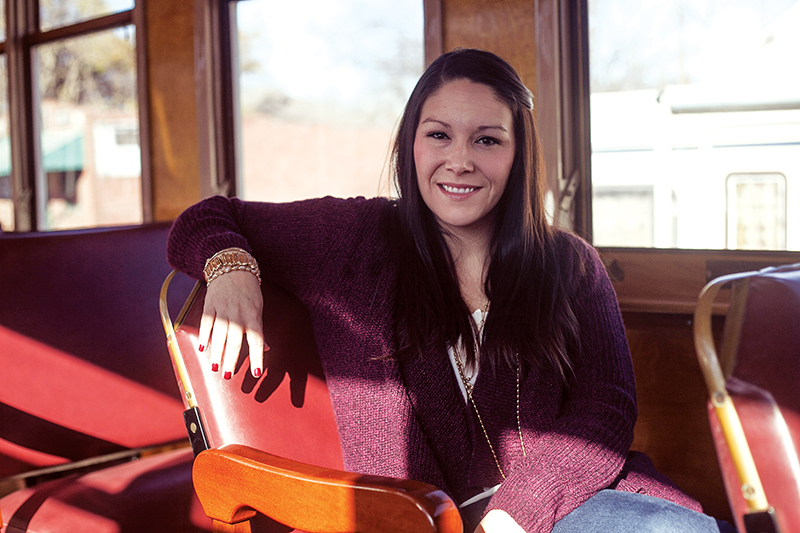 A Place in History

El Reno is divided by the 98th Meridian, with the eastern part opened to settlement in the Land Run of 1889, and the western section included in the April 1892 run into Cheyenne and Arapaho lands.

According to the Oklahoma Historical Society, the town was one of two sites selected for land district offices in anticipation of the 1901 land lottery drawings.

El Reno was the final selection, and business and industry flowed.

The city enjoyed a heyday until the Chicago, Rock Island and Pacific Railroad pulled out of the station for good in 1980.

Work on the Rock Island kept the lights on and put food on many El Reno kitchen tables. About 750 of the company’s 970 Oklahoma employees worked in El Reno.

It trickled down to everyone,” says Vicki Proctor, president of the Canadian County Historical Society. “It was so scary when it shut down.” 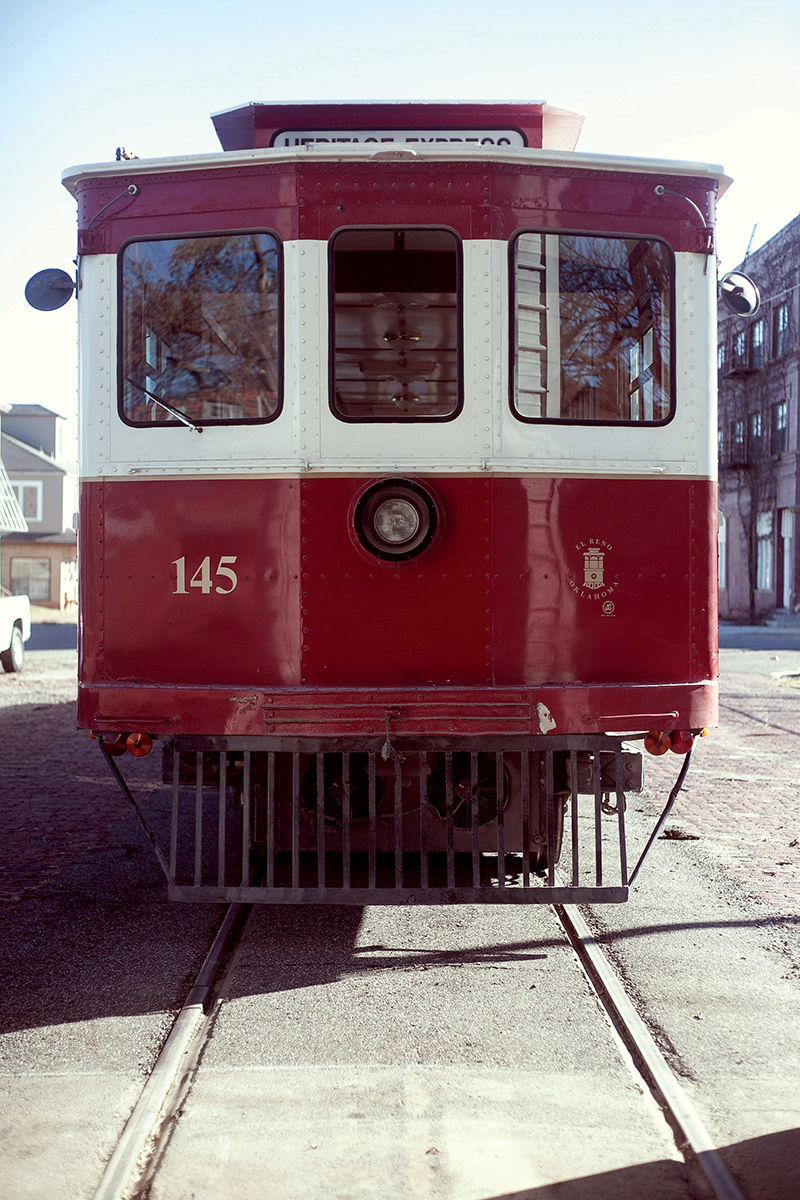 A project to fix the issue was beyond the city’s budget.

In researching the issue, city leaders found out the state of Oklahoma could get grant money to fund 80 percent of the project on two conditions. The first condition was that the city had to come up with the remaining 20 percent of the cost. The second was that the city had to install and maintain a rail-based trolley in order to qualify for the federal Intermodal Surface Transportation Efficiency Act grant.

“The city thought they were crazy,” Proctor recalls. “The state just assumed they wouldn’t do it and they were off the hook. The city came to the (historical society) board and asked if we would be interested in running the trolley.

“It didn’t take us but one evening to decide.”

Interestingly enough, it looked identical to the old interurban car that used to take Proctor’s grandparents shopping at John A. Brown in downtown Oklahoma City. 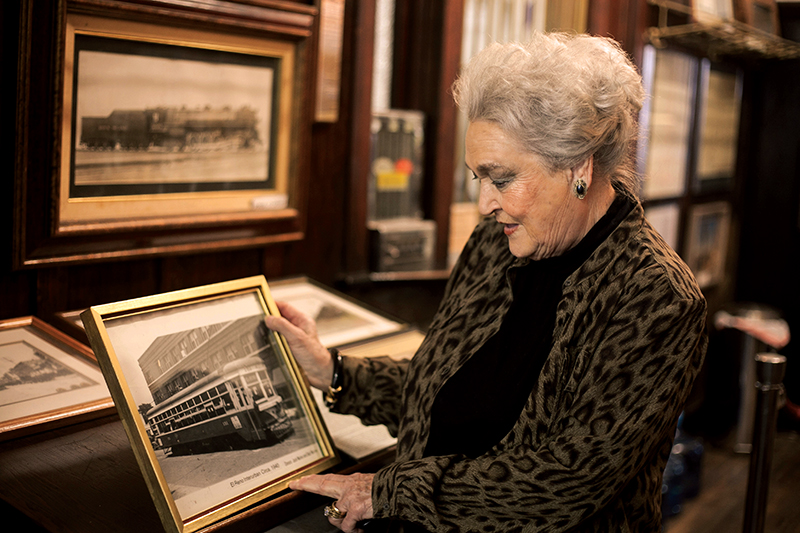 Backers paid for a 454 engine (that’s a big one) to go under the hood, and a conversion from electric to propane, while the trolley was refurbished right down to the brass handles and walkover seats that can be flipped according to which direction the car is traveling.

“Congressman Frank Lucas found $150,000 to help bring a dying community back to life,” Proctor says. “The rest of the money all just came in.”

Today, a $3.50 ticket and the half-hour ride not only takes you downtown but back in time. The Heritage Express connects the former Chicago, Rock Island & Pacific Railroad station with the downtown shopping area along Bickford Avenue.

For Brothers, Proctor and many more, it’s well worth the price of admission.