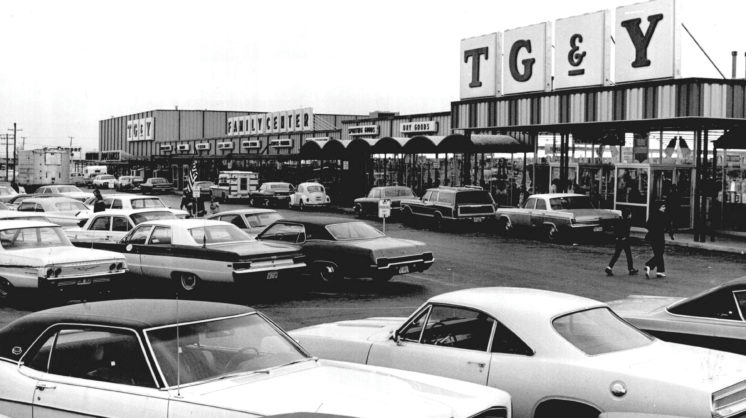 Sometimes, a simple word or phrase can bring a smile or a pleasant memory. Sometimes, all it takes are three letters and an ampersand: TG&Y. It was the store where an entire generation shopped, and while, as its slogan once said, the chain eventually made a practice of “serving families coast to coast,” its humble beginnings were rooted deep in Oklahoma.

“We drove over to Edmond Plaza every Saturday to shop at TG&Y,” says Cashion resident Mary Hasley. “Back then, most of us who shopped at that location just called it ‘The Plaza.’ TG&Y had a little bit of everything. At one point in the late ’60s, it even had a cafeteria.”

“When I remember TG&Y, it always makes me smile,” she says. “Back when I was a kid, it was a five-and-dime store that my mother and I shopped at. Then it grew to the larger Family Centers in the ’60s and ’70s.”

TG&Y was named after its founders, Rawdon Tomlinson, Enoch Gosselin and Raymond Young. Their first store opened in 1935, and by the 1980s, there were more than 900 stores in 29 states, with more than $2 billion in annual revenue. The stores were strategically located in major cities, usually with an Anthony’s or a Humpty Dumpty grocery store nearby. They typically had a pharmacy, a sporting goods section and housewares, as well as clothing, jewelry and electronics.

“My daughter Judy and I sewed a lot when she was in school in the 1960s,” Hasley says. “We would head straight to the fabric department to look at pattern books and material. Then Judy would go to the record department and pick up the latest records by Nancy Sinatra, Elvis or the Mamas and the Papas, while I did the rest of my shopping. Those were good days.”

“My kids loved going to TG&Y,” Kirkpatrick-Naylor recalls. “Toys were the big attraction for them. Army men, Hot Wheels, model airplane kits for the two boys. Barbie dolls and Strawberry Shortcake for the two girls. The store was especially popular with the kids just before Christmas. All the way home, they talked excitedly about what they wanted Santa to bring them. Then by February, we went to TG&Y so they could carefully select Valentine gifts and cards for their classmates. It seemed to take forever for them to make their final decisions.”

The headquarters for TG&Y was in Oklahoma City, and during its heyday was one of the state’s largest employers. In 1986, the chain was sold to McCrory Corporation, and shortly after the acquisition, they closed 200 stores and laid off more than 8,000 employees. It was the beginning of the end. By the early 1990s, most of the Oklahoma locations had been closed; the final stores were shuttered in 2001.

“TG&Y was the store where we all shopped,” Hasley says. “They had quality merchandise, and it was easy to find just what you needed. There were no long checkout lines. I don’t think there will ever be another store quite like TG&Y.” 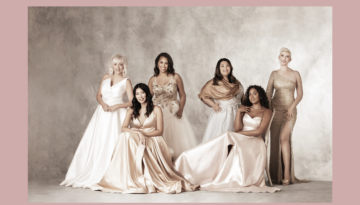