Them Hounds Prove Worth Hunting Down - 405 Magazine 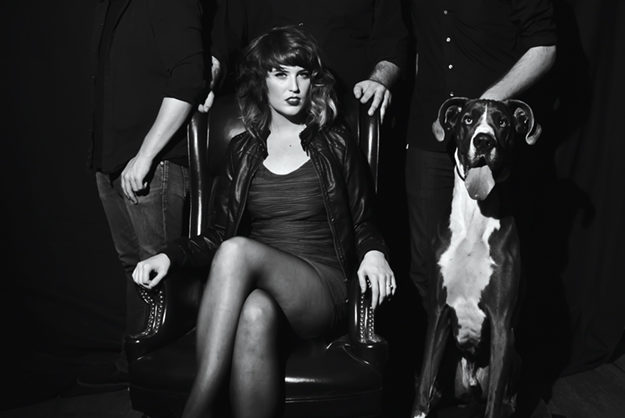 After hammering out their sound since forming in August of 2011, OKC psychedelic blues-rock quartet Them Hounds are on track to have 2013 be their year: their 11-track self-titled debut LP dropped in March, and their furious tour schedule since included crowd-shaking sets on all three nights of the Norman Music Festival in April.

A jangly, growling Kills-style bass line introduces the opener “Out the Window,” with a kaleidoscope of styles to follow: a wild fuzz-rock guitar solo in “Bad News,” trippy, layered echoes forming “The Void,” the lonely, sparse twang of “Sleepwalking,” all woven around the rippling Sleater-Kinney-esque vocals (that’s a compliment) of lead singer Erin Ames.

To get a free listen to the LP and purchase a download, search for “Them Hounds” on Facebook – as Ames snarls on “Death Howl,” come on and get you some.