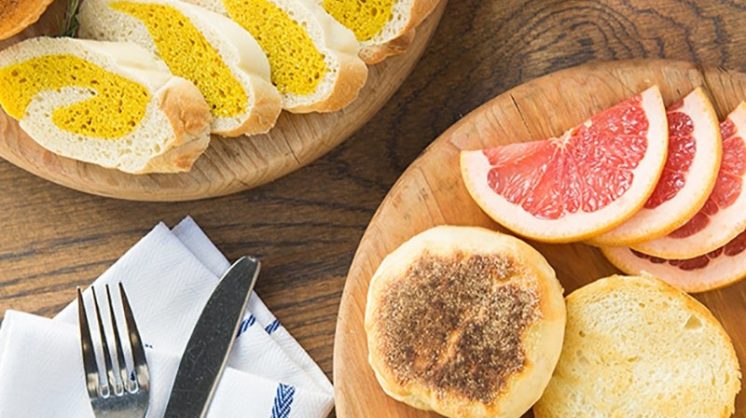 Imagine Riding A Bicycle Half An Hour One Way To Pick Up Some Toast.

If you grew up in a household where toast meant a couple slices of white bread heated up and slathered with margarine and Smucker’s grape jelly, the idea seems ludicrous. However, if you were on vacation in California and discovered places like Gjelina Takeaway in Venice or Trouble Coffee & Coconut Club in San Francisco, your view on toast would likely change.

Elena Farrar is the general manager at Elemental Coffee in Midtown, and she wandered into Gjelina Takeaway while on vacation a few years ago. After her first experience with the restaurant’s wide variety of toasty menu items, ranging from savory to sweet, she started riding her bike there – a half-hour trek – every day. For toast.

Farrar was the general manager of The Wedge on Western then, and as soon as she returned, she added toast creations to the pizza joint’s grab-and-go breakfast options. When she moved over to Elemental earlier this year, she brought those recipes with her, including some (like the smoked salmon toast) that are based on the taste bud-tingling delights she had way out west.

Farrar starts with a rustic bread, like pain au Levain, which she gets locally from Prairie Thunder Baking Company. She spreads cream cheese on the bread, and then adds capers, lemon, dill, fennel, smoked salmon and sliced, hard-boiled egg. It is not a traditional breakfast, but this is not traditional toast.

Giulietta Carrelli is the founder and owner of Trouble Coffee & Coconut Club, and she is widely credited with starting the “artisanal toast” craze. During a segment of NPR’s “This American Life,” Carrelli explained that she included toast as one of Trouble’s main features because it represents comfort – it’s the original comfort food.

Who doesn’t remember the smell of cinnamon toast first thing in the morning, or even late at night, growing up? Many families also make a variation of cinnamon toast: sugar toast would be the best descriptor, or “cinnamon toast, hold the cinnamon.” Either way, the hot, buttery, sweet treat represents a few moments of bliss before school for many children. How did we forget that for so long?

Often in our dining lives, toast is relegated to the edge of the plate, where it sits until we decide to use it as a sop or just ignore it while its warm, crunchy goodness dwindles slowly away. Chris McKenna, the executive chef at Packard’s New American Kitchen, is also working to redeem toast’s reputation.

“Toast for grilled cheese is the root of all things tasty,” McKenna said. “Imagine the different canvases you have to work with when it comes to toast: sandwiches, tartines, bruschetta … Chefs love the possibilities.”

Packard’s goes for a slightly more traditional use of toast, starting by making all its bread in-house. In addition to the grilled cheese McKenna mentioned, Packard’s country white or honey wheat toast at weekend brunch works perfectly with a thick coating of jalapeno-strawberry jam, apple butter or even the house-made pimento cheese.

The Wedge on Western still offers toast treats for grab-and-go breakfast, and uses Farrell Family bread – a Tulsa bakery – for all its toast. General Manager K.C. Ortega said the hummus toast is the most popular option; made with sourdough, it includes arugula, blue cheese and roasted tomatoes.

The colorful avocado toast is also a hot seller, or for something a little closer to the comfort-food side, the Nutella with fresh berries (whichever are in season) is a grown-up version of peanut butter and jelly on toast.

Sandwiches have been served open-faced for as long as there have been diners, and Kitchen No. 324 keeps the tradition alive with its Open Face Toast entrée on the breakfast and brunch menus. 324 uses its Supermarket White for the toast – like all their breads except bagels and English muffins, it’s baked in-house. The Open Face Toast is a sandwich that tops that foundation with thinly sliced Black Forest ham, a poached egg and Gruyere, and envelops it all in a rich, creamy thyme béchamel.

Options abound for deliciously enticing ways to enjoy creative spins on this often overlooked culinary staple, so explore and enjoy the possibilities of toast. And by the way … Cheers!