Tommy’s Brings the Rebirth of the Cool - 405 Magazine 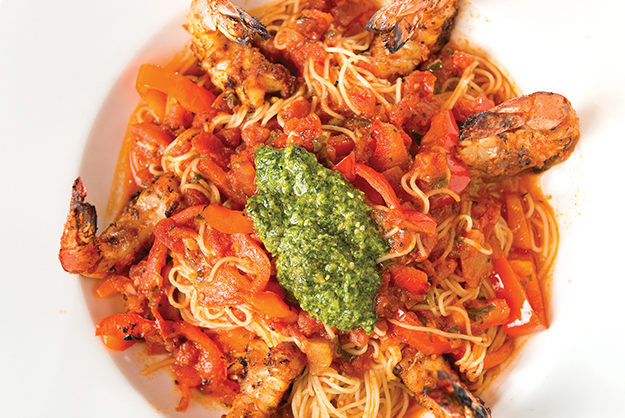 From What I Can Tell, It’s A Nearly Universal Phenomenon: get a bunch of people talking about food, and sooner or later the discussion will turn to restaurants of the past. Part fond nostalgia, part establishment of community credentials, it’s basically a conversational shibboleth to be able to say, “Oh, yeah – I loved that place” when someone asks if you remember eating at Nikz at the Top or Terra Luna or Big Daddy’s Pit B-B-Q. (No points for guessing which one of those was a staple of discerning diners in my hometown of Poteau.)

Alas, I can’t participate in the golden haze of reminiscence for Tommy’s in Northpark Mall. While I’ve heard the restaurant mentioned several times over the years with varying degrees of wistfulness, it was before my time; another of those mild, abstract regrets about missing out on something reputedly cool. The good news is that I can now check that entry off my all-time list of missed opportunities, and so can everyone else: Tommy’s Italian American Grill is back.

This isn’t a new restaurant trying to latch onto an old favorite’s fame – founder Tommy Byrd is still at the helm, sharing the food he loves. What is new is the space, a freshly constructed bistro that already feels comfortably lived-in and is loaded with ambiance … from sweeping bar to glassed-in wine storage room to showcase pizza oven filled with dancing flames. 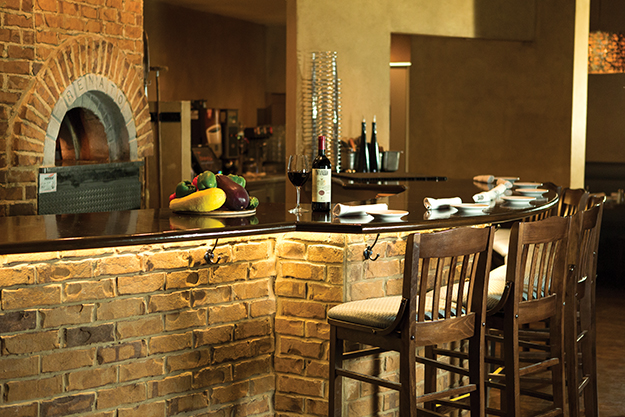 The menu is a mix of the familiar and fresh, influenced by the classics from Tommy’s previous incarnation and innovations from executive chef Ryan Murphy. Its breadth gives visitors plenty of paths to choose from, but all roads should start with the fundamentals: steamed mussels, fried calamari or bruschetta. Actually, you should definitely try the bruschetta – the brightly flavored pesto between the toasted baguette and fresh tomatoes really makes the familiar appetizer sing.

You can hardly call yourself an Italian restaurant without some killer pastas, and the Capellini al Gamberetti is a good example of starting from an established mainstay – noodles in a simple pomodoro sauce – and taking it in an inventive direction by adding savory shrimp, hunks of red bell peppers and a helping of pesto bursting with basil. Even the house lasagna is more than merely pasta, sauce, sausage and cheese; it also sports black olives, yellow onions, bell peppers and mushrooms for a recognizable dish that proffers unusually complex flavors.

There are also plenty of possibilities among proteins with nary a noodle to be found. Take for example the Tuscan Chicken: half a bird roasted in a tarragon vinaigrette and basted with a balsamic glaze for a slightly tangy and wonderfully tender dish. Or try the salmon club’s perfectly grilled slab of fish on a toasted baguette with bacon aioli (those are two words that should be paired more often) and caramelized onions. 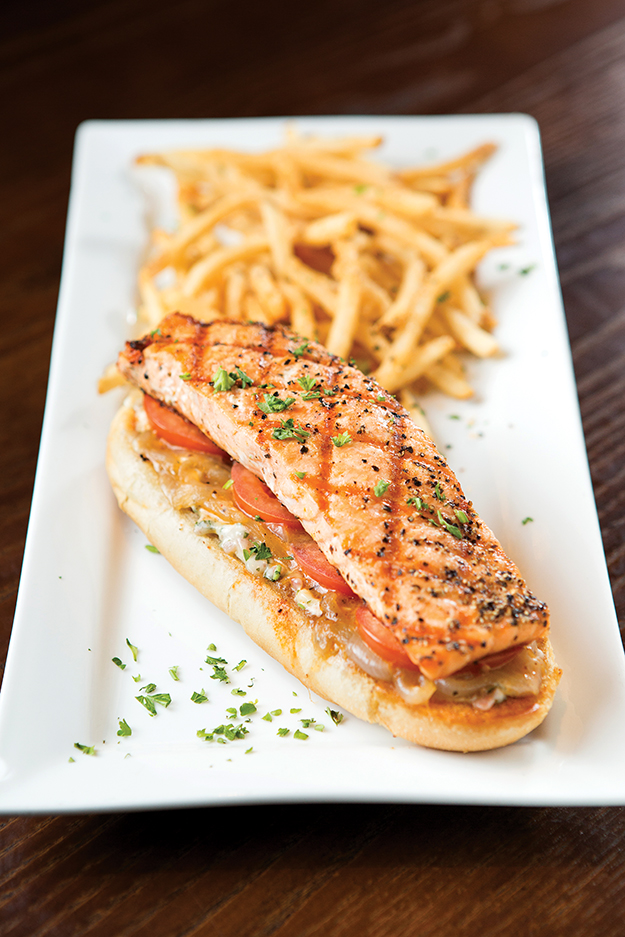 One final word of advice: don’t overlook the pizza possibilities. The oven’s prominent placement in full view of the dining room is indicative of the clout pizza carries on the menu, and the dense, chewy hand-tossed crust is winning converts regardless of topping. I can recommend the Prosciutto, which has little nuggets of the salty namesake nestled in a sea of fontina and mozzarella, drizzled with a balsamic glaze and topped with two eggs (because why not?) – though I haven’t yet tried the wickedly spicy My Banker’s Burning, it’s garnered some repute.

You might still miss the fritters at Applewoods – or the charcoal burgers at Big Daddy’s – but sometimes you can get the magic back. Here’s to the good old days of right now.

► Drink up. More than most other cuisines, Italian food is designed with wine in mind. Say the word and your server can make some informed recommendations for what might best boost your dining enjoyment.

► Don’t forget the outdoors. The vistas are of the Kilpatrick Turnpike, not the Amalfi Coast, but Tommy’s two patios are nicely ornamented with window boxes and hanging plants, and September in Oklahoma is a marvelous time to dine al fresco.