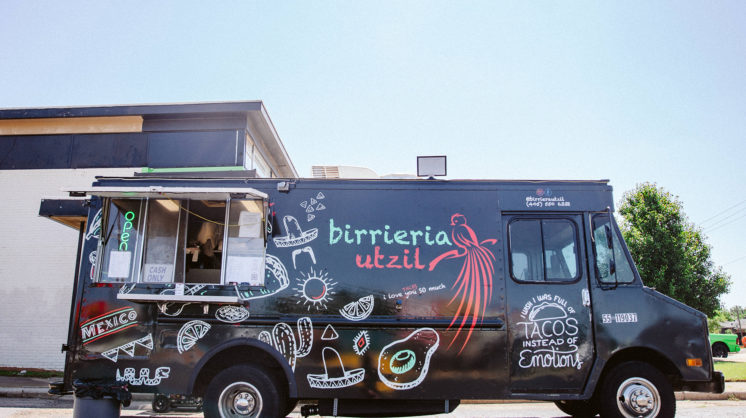 The taco was not the first mobile Mexican food to conquer the United States, according to Arellano’s brief history of mobile Mexican food in Taco USA. From the 1870s to roughly 1940, tamales went coast to coast, either in food stands, on portable trays, or in wagons and carts. Opposition from restaurant owners that turned into city ordinances and the growth of automobile culture led to the demise of the “tamaleros,” and it wasn’t until the 1970s that mobile Mexican food reappeared en masse.

Most everyone is at least tangentially familiar with “loncheros,” those boxy trucks with shiny sides that visit worksites to feed hungry laborers. (In OKC, Burritos El Tin Tan has a robust business, and yes, the burritos are delicious.) Arellano writes that in the 1980s with the waning of construction business, the loncheros started looking for places to park their trucks, rather than drive from place to place. Before that, though, in 1974, Raul Martinez converted an old ice cream truck into King Taco, which he parlayed into a taco empire. His is credited as the first taco truck – and not surprisingly, it was outside an L.A. bar.

OKC has developed a thriving taco truck culture over the past few decades. If you want to see the scale of it, drive down SW 29th between Western and May on Friday night. Most of the week, though, the trucks are scattered around town, and some, like the ever-popular Taqueria Sanchez, post up at a fixed location. The attraction is inexpensive, delicious tacos. A few, like Sanchez and Mi Ranchito, can compete head-to-head in quality and flavor with any taqueria in the city, and to pull that off from a hot, cramped truck is impressive. 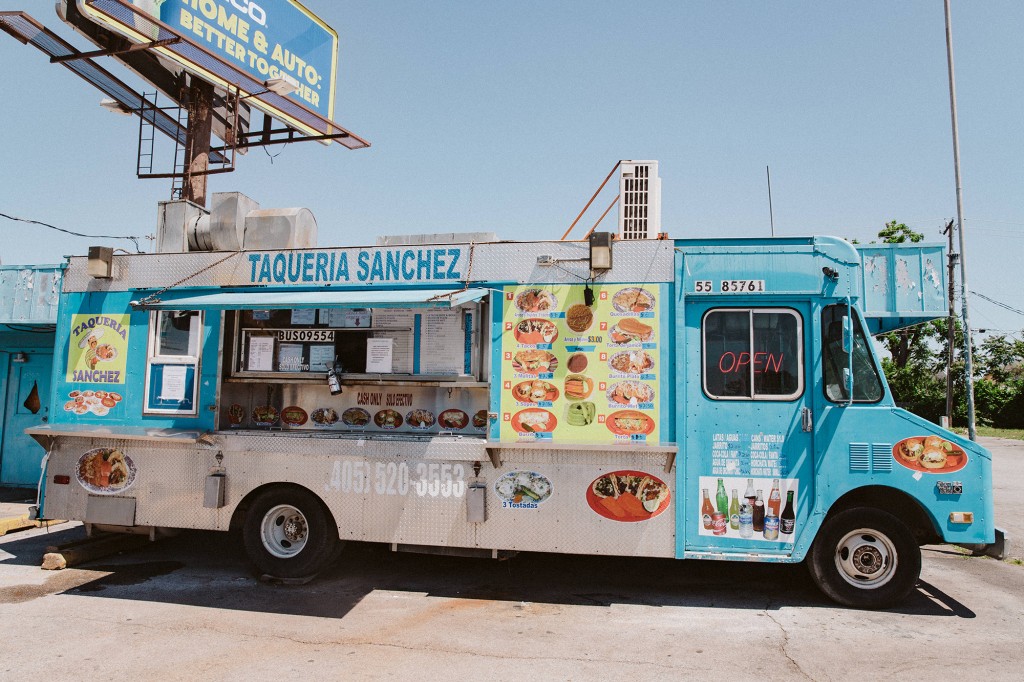 For taco truck novices, take cash. That’s the most important thing, as most trucks don’t accept cards. Check out the menu before you go, and have an idea of what you’re ordering before you get to the window – it’s polite, it keeps the line moving and it helps at the places where English constitutes a language barrier. The offerings are pretty standard, and all fall into the traditional category, and if you don’t like cilantro, speak up, or you’re getting a ton of it.