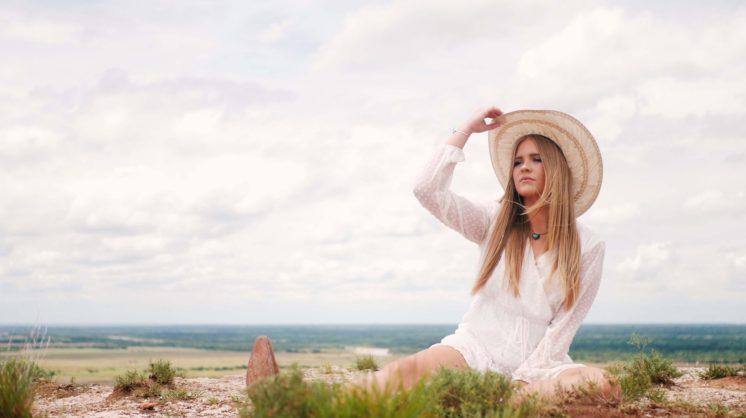 Country music sensation Mikayla Lane was born in Tulsa, and she was only 13 when she performed at Blake Shelton’s Ole Red venue in Tishomingo. As a 16-year old, Lane credits her love of country to her “traditional western lifestyle” that she is able to experience with the support and love of her family. Despite her age, Lane hasn’t shied away from what lies within the world of music.

Ambitious to perform, Lane took singing lessons at five, and she’s rounded up an impressive list of venues since then, including the Tulsa International Mayfest, the Oklahoma State Fair, the Whitaker Bank Ballpark and more. On Saturday, October 9, Lane will sing again at Shelton’s restaurant, starting at 7:15 pm.

Slated to perform in country-and-western-centric cities such as Nashville, Gatlinburg and Orlando, she is determined to showcase her country music talents in front of a wider audience. Her latest single “Wild Like The Wind” premiered on The Country Network, which was no surprise, as she has been described as the “fan-favorite” for countless performance openers.

Lane explained her excitement for new opportunities such as her appearance at Cain’s Ballroom, saying, “Getting to play at a venue in my own hometown is one of the biggest dreams to ever come true.” With such a heart for Western culture, Lane strives to “blend modern influences and country sounds of the west to cater to contemporary fans and die-hard traditional country music lovers” into her individual sound.