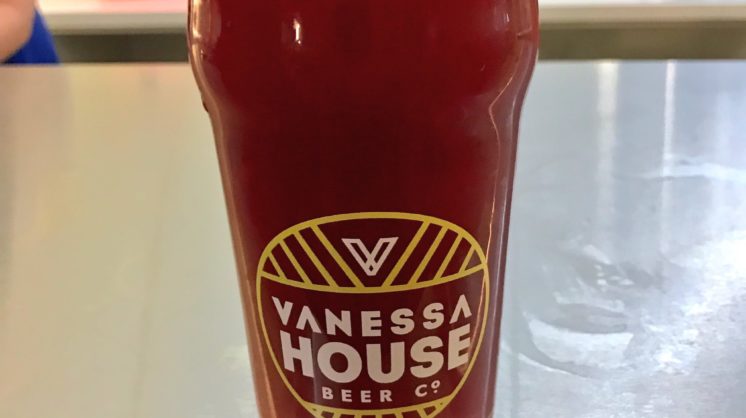 Vanessa House Beer Company will open its new taproom at 118 NW 8th this weekend with an all-day event that features food, beer, a DJ and a small farmers’ market pop-up. The space just west of Automobile Alley will allow the 2-year-old company to expand production, and creates room for future growth.

“If we really wanted to max our capacity, we could produce 150 barrels (approximately 4,725 gallons) a month in the new space,” says Evan Smith.

Smith owns Vanessa House with Andrew Carrales, Zac Smith, Nick White and Justin Wright. The five men shared a house on Vanessa Street in Norman while in college, thus the name. That house has also provided names for some of the company’s beers, including Broken Tile Double IPA and Garage Fire Pale Ale. Any of the guys are happy to tell the backstories, and it’s those stories that attracted Rachel Cope’s 84 Hospitality to start a cooperative relationship with VHBC.

“I love their crazy-ass stories of how they got to where they are,” Cope says, “and because we have our own crazy-ass stories, we feel like we’re kindred spirits. Plus, their 401K Cream Ale is one of my top three favorite beers of 2018.”

Beginning Sunday, 84 Hospitality’s newest concept, the Burger Punk food truck, will be at VHBC every Sunday for lunch. “We appreciate them giving us a consistent home for Burger Punk,” Cope says.

For the Saturday event, VHBC’s cooperative spirit will be on display in the form of a pop-up farmers’ market. Carrales said the company has been selling beer at the Paseo Farmers’ Market since the laws changed, and since they can’t be there on Saturday, they’ve invited some of the vendors to join them from 1-3 p.m. at the taproom. After the pop-up closes, a DJ will play music for the remainder of the event, which runs from 11 a.m.-11 p.m.

Kwan’s Kitchen will provide a free catered lunch for attendees, and the lemongrass-ginger lager VHBC has been making for the Chinese concept since January of this year will be available in the taproom.

The team is offering tours of the entire operation during the event, including the new tank room and shipping area. The new space allows for VHBC to double its production in the future, but that’s not something the guys are focusing on for now. Carrales said the team is trying to solidify their current markets before they think about expanding production, both in Oklahoma and outside the state.

“With the change in laws, a bunch of new potential markets opened in Oklahoma, and we’re going to focus on those new markets for now,” Carrales says. “Everything I’ve learned about expansion outside the state indicates that we need to invest in a good sales force. If I had to guess, that’s three to five years away.”