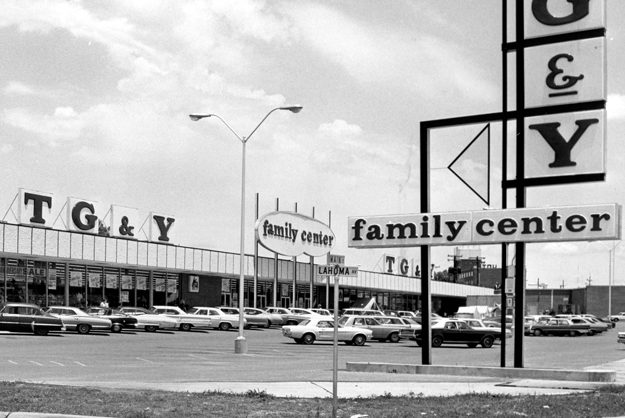 There are those who can remember a very different Oklahoma City than what exists today. No Bricktown. No Thunder. No Devon skyscraper. But there was a TG&Y on every corner.

Named for founders Rawdon Tomlinson, Enoch “Les” Gosselin and Raymond Young, TG&Y was the ultimate shopping experience. After all, where else could you buy “Turtles, Girdles and Yo-Yos”? What began in Oklahoma as a five-and-dime in the dust bowl days of the Great Depression developed into a nationwide retail chain. At its crest in the 1980s, TG&Y had more than 900 stores “serving families coast to coast,” and everyone knew that “your best buy is at TG&Y.”

The chain was sold to out-of-state interests twice in its history. The second owner-corporation – McCrory of York, Pennsylvania – closed the doors on all its holdings in early 2002, cementing TG&Y’s demise. Co-founder Raymond Young died that same year at the age of 98.