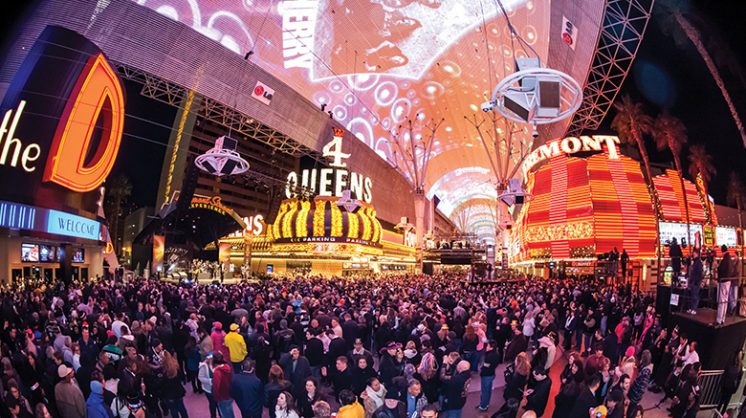 What happens in Vegas stays in Vegas – mostly your money. The Strip is all glitz and glamour, with great shows and great chefs … at top-dollar prices. So my husband and I decided we would do Las Vegas differently. We would eschew the new and embrace the old.

From the city’s earliest days, Fremont Street has been the main drag of downtown Las Vegas. By the ’60s, the action had moved south with big, new casinos and hotels adding amenities such as floor shows with big names and endless buffets to the gambling enterprises. Downtown dwindled.

It’s back. It’s nothing like the neighborhood in south Las Vegas, but it’s got a lot to offer: neon, glitz and gambling, for sure, but now five blocks of Fremont are devoted to non-stop activity. A four-block-long canopy covers most of the area and serves as a screen for light and sound productions. With 12.5 million LEDs and a 550,000-watt sound system, there’s plenty of both.

Zip-liners zoom overhead, while on the pedestrian mall, shoppers mingle with buskers and costumed entrepreneurs willing to pose for a price. Between the casinos are souvenir shops, tattoo parlors and Heart Attack Grill, “The World’s Unhealthiest Restaurant,” which says it “proudly serve(s) The World’s Highest Calorie Burger” – Guinness-certified at 9,982 calories. Live bands play music from two stages at night. You can’t beat the people-watching or the price: free. If the State Fair married Bourbon Street, they’d have the Fremont Experience!

History with a Headdress

In the past, Las Vegas shows were rooted in the burlesque variety style of the ’20s and ’40s – noted for gorgeous showgirls and elaborate costumes – and filled long-gone venues such as The Dunes and The Silver Slipper. The sexual revolution and explicit TV shows and movies pretty much put an end to the art form’s popularity.

The tiny Burlesque Hall of Fame is currently tucked into two small rooms, but graphics, photos and a few artifacts give a good history of the era. The museum will eventually move into a much larger space in the Arts District, where much more of that glitz and elegance will be on display. 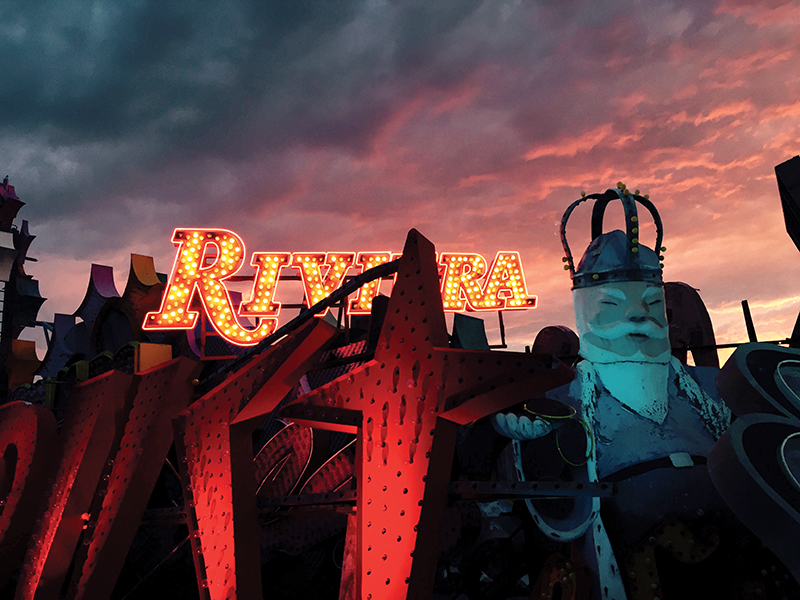 Another institution paying tribute to Old Las Vegas is the Neon Museum. Spread over two acres, its outdoor collection is the world’s largest. Reinvention seems to be a way of life in Las Vegas, as casinos and hotels change hands, get demolished or are re-branded with regularity. This is where some of the most iconic signs have come to roost: the giant lamp from the original Aladdin, where Elvis and Priscilla were married, sits near a huge pirate skull that once graced Treasure Island. Tours are guided, and the knowledgeable docents will give you lots of history about Las Vegas and the neon itself.

For a more serious, yet fascinating, look at Las Vegas, visit the National Museum of Organized Crime and Law Enforcement – popularly known as The Mob Museum. From the beginnings of La Cosa Nostra through mob influence in Las Vegas to contemporary crime, this museum’s multiple videos and hands-on opportunities take hours to see properly.

One of the coolest downtown areas is Container Park, a few blocks east of the Fremont Experience. Shops and eateries built out of shipping containers surround large playgrounds – including one area with an elaborate tree house. Outside the park is a giant metal praying mantis that periodically spews fire into the night sky. At night, except for family movie night, it’s adults only after 9 p.m.

We found a great little restaurant there: The Perch, whose Peña Berry Margarita is a neat combination of jalapeño heat contrasted with the icy alcohol and fruit mixture. 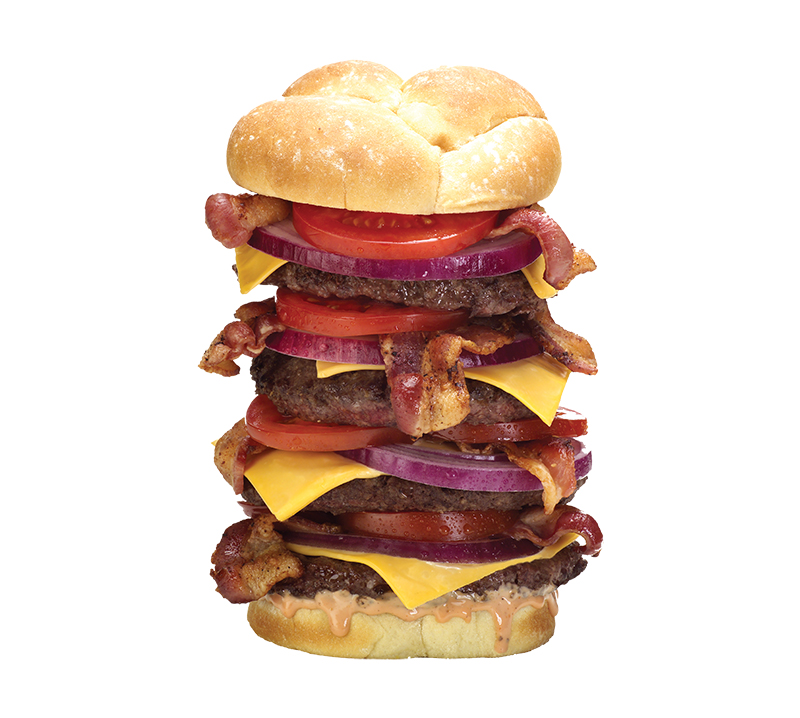 Actually, eating wasn’t big on our itinerary, but we did find a couple of treasures, particularly for breakfast and lunch. Breakfast in Du-Par’s Restaurant and Bakery in the Golden Gate Hotel – pancakes that have their own press agent – was great, and the freshly squeezed o.j. delicious. Eat (that’s the name) on Carson Street was another treat, featuring a killer aged-cheddar grilled cheese sammy on sourdough bread, served with kick-ass tomato soup with a little Parmesan on top.

While many people do get married in Vegas, the weddings aren’t usually the traditional white-gown, six-bridesmaid affairs. Everyone here wants in on the act, though, and the Denny’s on Fremont is no exception. Yep, you can get married at Denny’s – complete with silk bouquet, boutonnière and wedding pictures made in their photo booth – all for $99.

Best bet: The Unofficial Guide to Las Vegas 2016 by Bob Sehlinger – easier to use than the official website and more informative.