Wander Folk’s Path to being a Bigger, Better Distillery - 405 Magazine 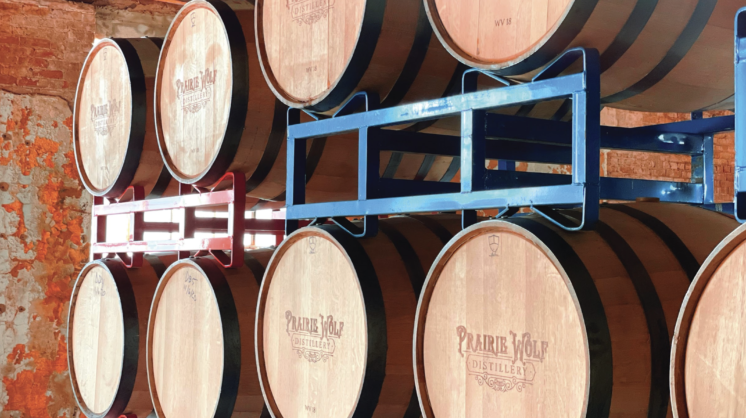 Wander Folk is the new name of the Guthrie-based distillery that was formerly called Prairie Wolf. The company will keep one product – a liter bottle of vodka – under the Prairie Wolf name, but the new Wander Folk appellation comes with a fresh line of products that set a new tone and direction for the company.

“The journey of this business has been a long one,” says general manager Derek Duty. “Everyone on the team ‘wandered’ here from different fields – none of us had been involved with distilleries – and we’re ready to write our own story, not live someone else’s.” 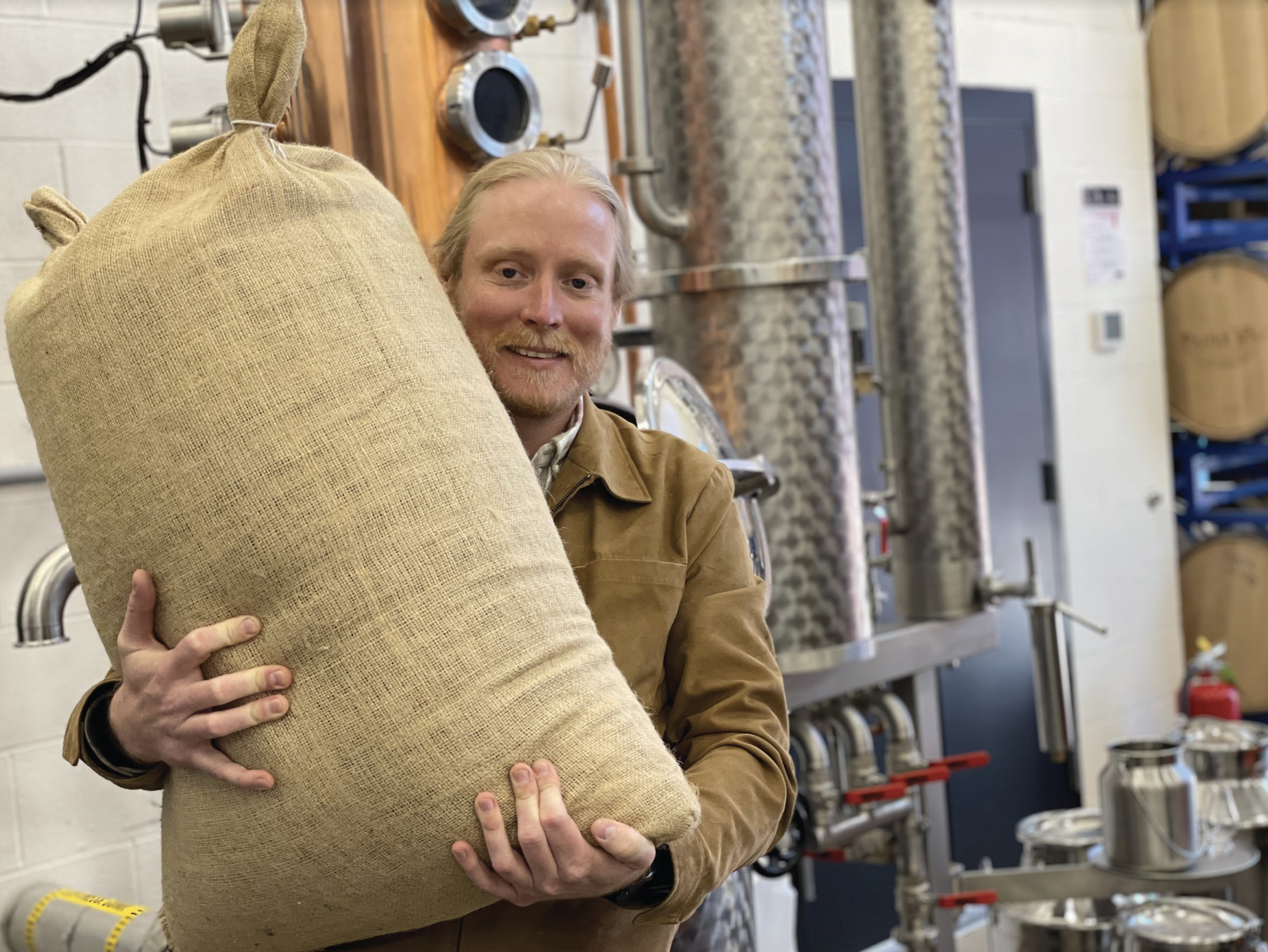 To facilitate the changes, the company hired Oklahoma City bar veteran Jeff Cole, and Cole started the process of learning how to distill. “We hired a consultant who was in charge of quality control at Beefeater for 20 years, so it’s not like I was on my own, though,” Cole adds.

The new product line includes two vodkas and a gin under the Garden Club label, as well as five whiskeys with the name Same Old Moses. The latter is a tribute to Moses Weinberger, a Kansas grocer turned whiskey purveyor who opened the first legal bar in Oklahoma Territory in Guthrie. Garden Club and the first Same Old Moses, a “double barrel” bourbon, will be on shelves by Memorial Day weekend.

“We’re working with a south Texas distillery on the whiskey,” Duty says. “They’re contract distilling for us, but we’ll be sending Jeff (Cole) down there in December to start taking a more hands-on approach. We’re already using Oklahoma ingredients in the process, and we want people to know that the goal is to ultimately have Oklahoma spirits made in Guthrie with ingredients sourced in Oklahoma.”

That process is time-consuming and expensive, so it’s not unusual for distilleries to make their own vodka and gin, and then purchase whiskey to be finished in different barrels onsite. Tom’s Town, High West, Angel’s Envy and Whistle Pig, to name a few, utilized the same process. Wander Folk has bourbon aging in ruby port, tawny port and Pedro Ximenez barrels right now, and rye will soon go into Sauternes and Calvados barrels.

“We want to be known as a bourbon state eventually,” Duty says. “It sounds crazy to some people, but I believe we can do it.”

For the gin, Cole created more than 70 distillates before finding a product he thought was the sweet spot. Gin is an incredibly hard product to get right, and as Cole points out, there isn’t one gin for all palates. A flavor wheel of gin contains 13 categories with multiple flavors in each category. For example, “nutty” contains chestnut, walnut, almond, etc. People prefer different “spikes” of flavor based on their own palates.

“I noticed that a couple of the categories were underrepresented,” Cole says, “so we focused on those. The goal was a product that resembled our Garden Club Spiced Citrus Vodka, but not so different it would scare people away.” 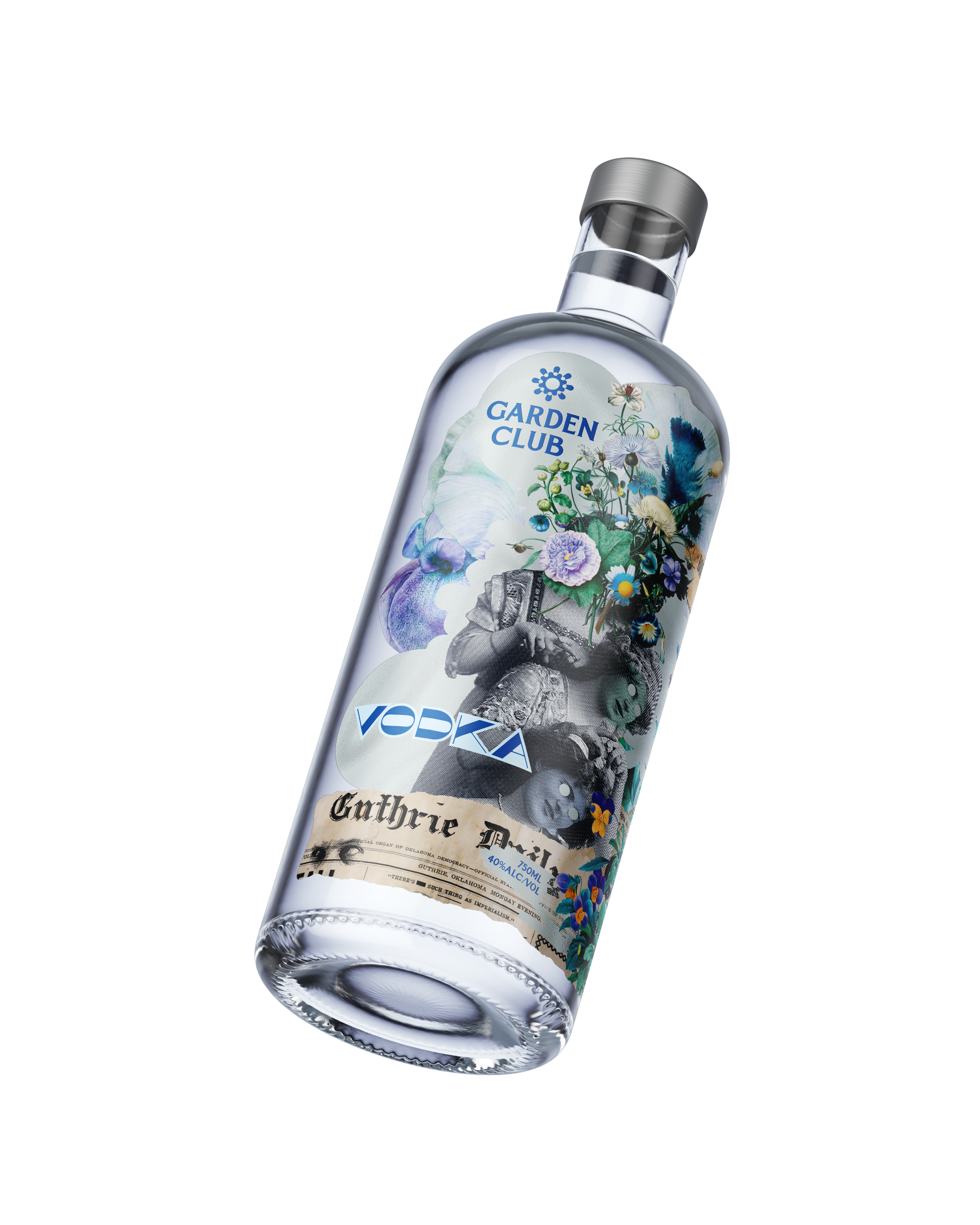 Cole decided to use Tasmanian peppercorn, a rare ingredient that no distiller he’s aware of uses. Combined with Malaysian lime leaf, lemongrass and other ingredients, the peppercorn adds a wonderful spiciness and layers of texture to an excellent gin. Tasting through the Garden Club line leads to a growing realization that this iteration of the distillery is making the best spirits produced in Oklahoma, and they are of the quality that leads people to talk (or write) about them, to be proud of them, to share them with non-Oklahomans. It’s not just good enough; it’s a line of outstanding products.