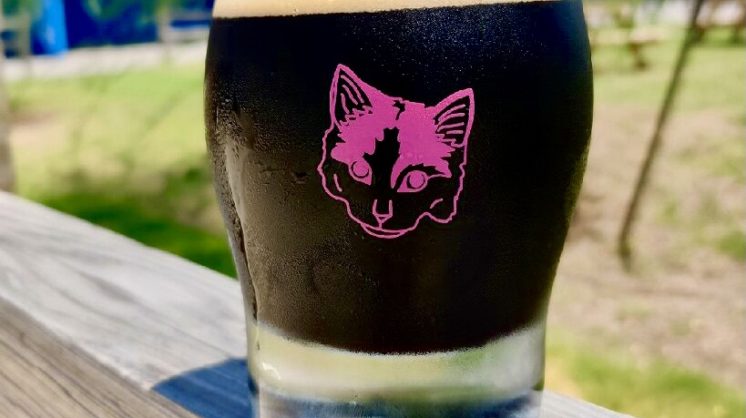 Fair Weather Friend is one of the first anchor businesses to open in what has traditionally been called the Ironworks District. Located on N. Klein between NW 2nd and NW 3rd, Fair Weather Friend is a craft brewery created by former Prairie Artisan Ales brewer Reed Jaskula and former Stonecloud front-of-house manager Adrienne Jaskula. The married couple arrived in OKC from Cleveland a few years ago, so that Reed could open Prairie OKC.

The roughly 6,000-square-foot facility houses a taproom with 16 taps, including prosecco for mimosas “all day every day,” per Adrienne. “Everything on the taps rotates,” she said. “We’ll always have sessionable beers, but it won’t always be the same choice every rotation.” Beers come in two sizes: a “taster” and a full pour. To-go beers are available in 32-ounce growlers.

“We don’t have a canning line now, and the plan is to have the space provide an overall experience of our beer and food, and not just sell beers to go or in retail,” Adrienne said.

What is immediately evident when walking into the taproom is the beautiful, thoughtful design touches everywhere, from t-shirts to glassware to art. “We both went to art school,” Adrienne said. “Reed did graphic design, so he took care of the glassware and merch, and I was into painting. My dad was the architect for the project, so I consulted with him and with a friend who has interior design experience.”

The overall effect is of a comfortable, social space with surprisingly beautiful touches – surprising because it’s unexpected in a taproom. A pool table sits in a room that is a model of minimalist design, and everything about the color choices, the furniture and the artwork makes the space comfortable and welcoming.

While the beer is stellar, providing plenty of reasons to visit, Fair Weather Friend is also the rare brewery to offer its own food, and Reed’s pizzas are as good as his beers. In addition to the sauce, all the dough is made from scratch, and the 24-hour ferment time means the number of pizzas is limited each day. “When we’re out, we’re out,” Adrienne said. He uses Champagne and saison yeasts, both common beer yeasts, to create continuity between the beers and the pizzas, and the resulting crust is so good you don’t even need the toppings, although each of the three options – margherita, pepperoni and sausage – is excellent. 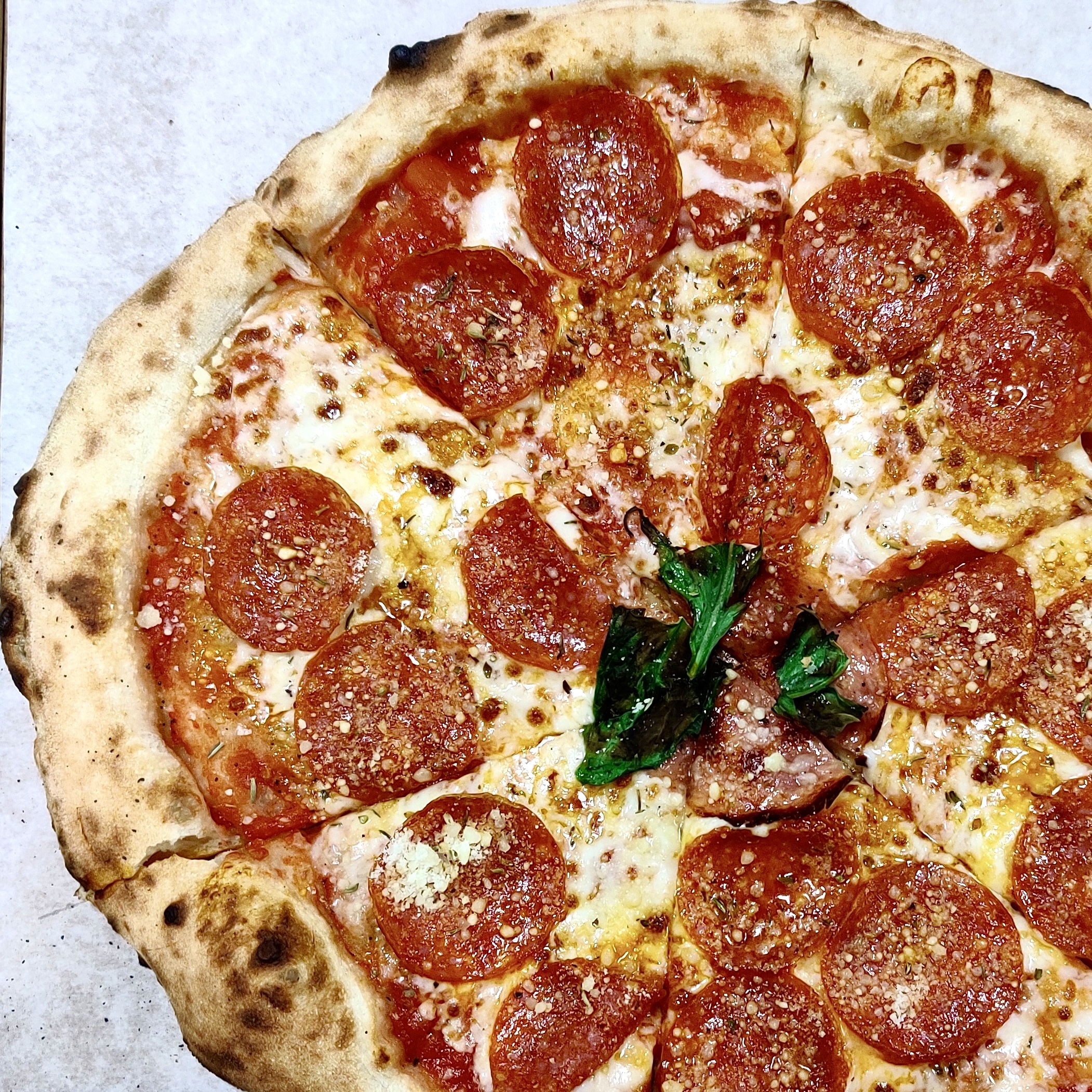 Pizzas are served in eco-friendly to-go boxes, and there is plenty of space inside and out for dining. They’re available Friday, Saturday and Sunday only, and Sunday hours increase to noon to 9pm after the 4th of July. The taproom is open every day: 3-9 pm Monday to Thursday, and noon to 11 pm Friday and Saturday. Enter the parking lot off NW 2nd, and you’ll see the tables out front of the taproom.