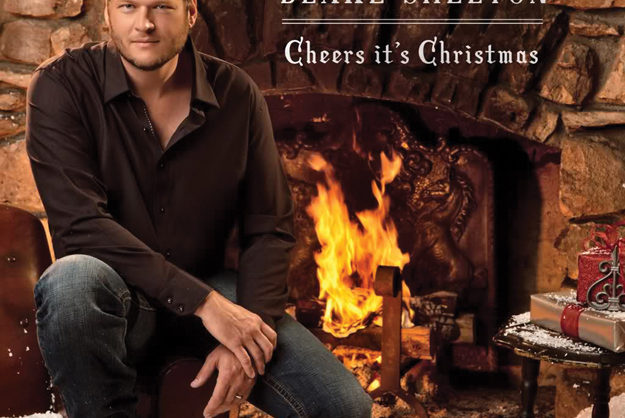 The holidays are about spending time with family and friends, so for his new album celebrating the season, Oklahoman Blake Shelton did just that. “Cheers, It’s Christmas,” the seventh studio album by the reigning CMA and ACM male vocalist of the year and coach of “The Voice,” features 14 tracks of classics and original compositions including several duets; Shelton gets a little help from friends Michael Bublé, Kelly Clarkson and Reba McEntire, plus wife Miranda Lambert and – perhaps most special of all – his mother Dorothy Shackleford.

From fried chicken to barbecue to big fat burgers, our collective neck of the woods boasts plenty of really top-notch “grub.” But when the occasion calls for cuisine that’s a little more haute, we have that covered as well. In what it calls “the largest ever review of American dining behavior data, taking into consideration more than 600,000 restaurants, millions of reviews and a billion page views’ worth of user behavior,” online dining guide Urbanspoon compiled a list of “America’s 250 Most Popular High-End Restaurants” – a list that includes Red Prime Steak in downtown OKC and Edmond’s Signature Grill. Bon – and we do mean “bon” – appetit!

Who Wants to PlayMillionaire Developer?

Wouldn’t it be great for owners of empty buildings to slap a shot of it on a website, then ask everyone – especially neighbors and potential customers – what should be built there?

That’s the idea behind Popularise.com, and the Plaza District is leading the way in using it first in Oklahoma City.

The Coin Laundry space was re-imagined as an “Okie Shop of Horrors,” a tandoori pizza joint or an arcade bar like Tulsa’s ’80s retropub, The Max.

For Kristen Vails, executive director of the Plaza District Association, the site basically digitizes her everyday experience. “Everyone always comes up and tells me what they think should be in the district,” she said.

“I thought the Popularise concept was a great way to promote the things that were happening in the district, as well as getting ideas for what should come here next.”

The only thing she’d change is making sure to get offline ideas too, perhaps through events and face-to-face opportunities.

Site visitors can vote for ideas with a “Build It” button, but property owners/developers still make the final decision, if any. So even if it gets the most votes, no one can be forced to build a Honey Boo Boo dress boutique.

In case you needed one more reason to consider moving to Edmond – besides its consistently excellent schools and 2011 status as #1 on CNBC’s nationwide “10 Perfect Suburbs” list – the FBI recently released statistics in its Uniform Crime Report that peg the burg as the ninth safest city of over 75,000 residents in the country; tops in Oklahoma by a wide margin over Broken Arrow (#58).

The OKC Thunder might not have NBA championship rings yet, but that doesn’t mean they don’t provide the total package – the Western Conference champs took the top slot in ESPN the Magazine’s 10th annual Ultimate Standings, a ranking of the overall team experience provided by pro franchises; everyone in the NBA, NFL, NHL and MLB combined. Factoring in performance record, affordability and expectations with less-tangible qualities like personalities of players and coaches and the strength of the fan experience leaves the Toronto Maple Leafs in last at 122, the NBA Champion Miami Heat at 31 and the franchise ESPN’s Peter Keating calls “a perfect storm of exciting, homegrown players, low prices and nonstop connection to the team” at the very top of their game – and everyone else’s.

“There’s no greater sign of the failure of the American educational system than the extent to which Americans are distracted by the possibility that the Earth might end on December 21, 2012. It’s a profound absence of awareness of the laws of physics and how nature works. So they’re missing some science classes in their training, in high school or in college that would empower you to understand and to judge when someone else is basically just full of it.” – Astrophysicist and author Neil deGrasse Tyson

A little knowledge proves a dangerous thing for Meg Tolman and Nick Journey in Silver Cross. The federal agent and history professor reteam to begin investigating a deceased friend’s family connection to a Civil War spy, and quickly find themselves the targets of a shadowy conspiracy, embroiled in a deadly treasure hunt and a race against time. The sequel to 2011’s Cold Glory is the new novel by OKC author B. Kent Anderson, who is already researching the next installment of Journey and Tolman’s adventures.

In a feather for the publisher’s collective cap, the University of Oklahoma Press is about to release the English translation of Sandalwood Death, the new novel by Chinese author Mo Yan – winner of the 2012 Nobel Prize in Literature.

“This magnificent building came to our attention and it ignited our imagination. Here we will be able to build new and dynamic connections with the legal and business community and contribute to the growth and progress of this great city of ours.” That’s Valerie Couch, dean of the OCU School of Law, speaking about what will fairly soon – hopefully by the fall semester of 2014 – be her charge’s new digs: the former Central High School building at 800 N. Harvey. The university board of regents approved the move in late October; now comes the process of renovating a site that Couch and law school faculty view as exceptional thanks to its capacity and proximity to downtown courthouses and law firms.

And Ye Shall Receive

Southern Oaks Library in southwest OKC was undergoing renovations, so the Metropolitan Library System converted a shopping center into an ad hoc location for the duration of the repairs – but by the time those repairs were completed and Southern Oaks reopened in September, the plan had changed to something a little more permanent.

“The location was so popular with people who had never been to Southern Oaks,” said MLS Executive Director Donna Morris of the more than 5,600 new patrons who had not used any of the Metropolitan libraries previously, “we asked the city of Oklahoma City if we could keep it open. The city was as excited about the idea, so we contacted the owners of the property and they were eager to get onboard, too.”

Once the space is equipped with new books and staff, the new Almonte Library will open its doors at 2914 S.W. 59th Street. Now that’s service.