Where the Locals Are Going - 405 Magazine 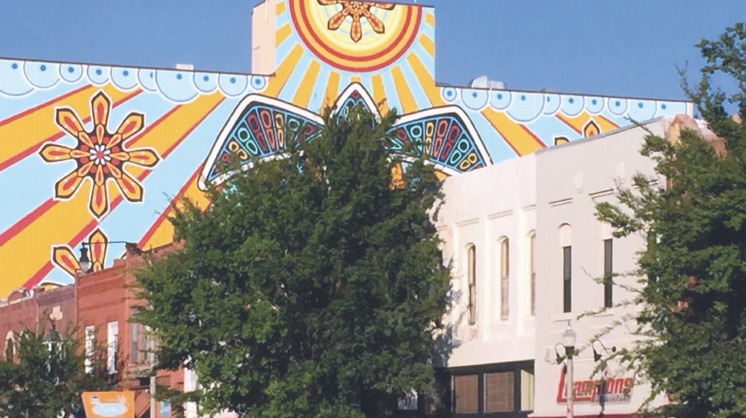 Over the next year, we will learn whether Norman is ready for rapid restaurant expansion. The city has proven a difficult market for hospitality groups that aren’t Norman-based in the past, but the development along Main Street is tempting to several local concepts. Marc Dunham is opening another Nashbird there this year, and Hal Smith Restaurant Group recently announced the grand opening of a pizza concept, Notorious P.I.E.

Brady Sexton owns Scratch Kitchen and Cocktails, a favorite local eatery for many years in downtown Norman, and he said roughly 30 restaurants have opened in Norman over the past four years. “If you include the University North Park District, it has to be 30-plus,” Sexton says. “In that development, the only thing that can remotely be called local is Red Rock (Canyon Grill, a Hal Smith concept). The trend looks like it’s just part of the overall restaurant expansion in Oklahoma City, and not something specific to Norman.”

Sexton has been around long enough to see businesses, especially bars and restaurants, open and close along Main, but the trend to move there is gaining momentum. The Meating Place, a food truck turned brick and mortar, now has the old McNellie’s location, the size of which several operators might find daunting. Victoria’s Pasta Shop, a Norman institution for more than 30 years, purchased a space on Main earlier this year, and two breweries – Beer is Good (BIG) Brewing Company and Lazy Circles – both have locations along the corridor.

“The expansion isn’t driven by consumer demand,” Sexton says. “We don’t have substantially more people coming downtown than before; we just have operators seeing other people opening concepts and then following suit. There are obviously reasons some things have closed to open up spaces that others are taking.”

Choctaw and Midwest City have some local favorites, too, but they aren’t pulling in the large hospitality groups. Town Center Plaza, the largest shopping development in MWC, has dozens of national brands, but little local to speak of; the transient nature of military personnel makes it difficult for local brands to succeed, and the housing focus tends to be rent-driven for obvious reasons. Choctaw, a bedroom community with solid growth in the home-building sector and good schools, has long-term family stability, but its move from small town to destination is not complete. Old Germany restaurant used to pull in some visitors, but with its closing, that role is filled by Irish pub Black Raven.

Overall growth isn’t a steady, unbroken, uphill line, and it isn’t uniformly distributed over all areas. Buy as the population of central Oklahoma continues to increase, more and more places outside OKC's central core are having their days in the development sun.