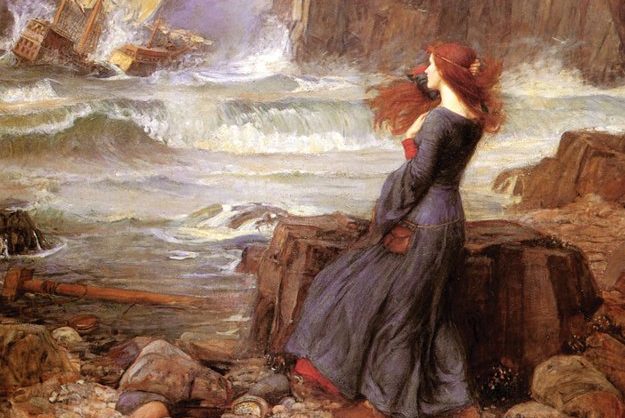 The world is changing. It’s about to get bigger for Miranda; after spending her entire life on an island with only her father and two supernatural servants for company, she’s soon to be married and about to embark on a normal life. It’s growing smaller for her father Prospero; after successfully manipulating his allies and foes, he too is en route to normality, but at the self-inflicted cost of renouncing his magical powers. Most importantly, it’s on the verge of becoming slightly more splendid for lovers of the theatre, thanks to Oklahoma Shakespeare in the Park’s glorious production of “The Tempest” under the myriad stars.