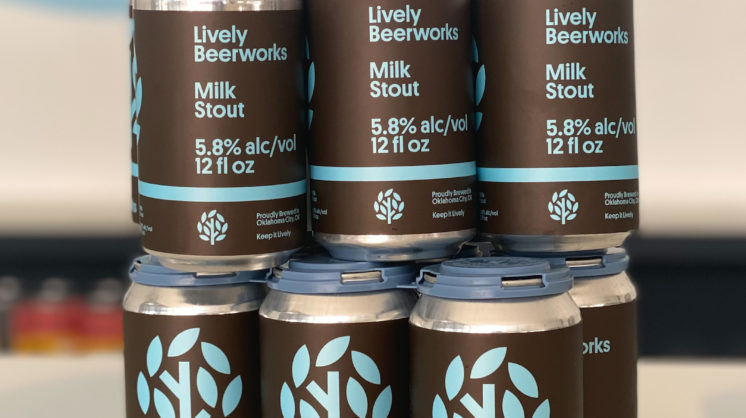 The Oklahoma craft brewing industry had a major win in 2020, given that all things were relative in 2020.

“Everyone is still open at the beginning of 2021,” Patrick Lively said. Lively is the president of the Craft Brewers Association of Oklahoma, and co-owner of Lively Beerworks. “That really is the win in a COVID year. We’ve even had some openings.”

Among the openings were The Big Friendly in the Wheeler District, Core 4 in the Paramount building, Broke Brewing in west OKC, Frenzy Brewing in Edmond, Crossed Cannons in Norman, and Winnicki Brewing, off NW Expressway and Rockwell. Many of the newer and/or smaller breweries tend to rely heavily on taproom sales, so in a year that saw a huge downturn in people going out, surviving really is a win.

“Many of the smaller breweries still use a hybrid distribution model,” Lively said. “They either rely on taproom sales exclusively, or they do taproom and self-distribution. Norman, for example, is very taproom focused, but we’re starting to see more local brands in stores around the state.”

Lively said large stores like Grand Cru or Byron’s might have 20-30 local brands, but smaller stores – even c-stores – might only have three or four. “We’ve had success in big box stores, too,” he said. “Walmart actually built some local-only sets in some of their metro stores in 2020. That’s never happened before, so the market is evolving to embrace more local beers.”

The industry is evolving, too, especially where women are concerned. Women-owned breweries and female brewers are finally popping up around the state, including Equity Brewing in Norman and Beavers Bend Brewery in Broken Bow, where one of the partners, Michelle Finch, is also the owner of Girls Gone Wine. Female brewers have worked and/or are working at Anthem, Prairie Artisan (OKC), and Angry Scotsman. Lively notes that the industry has always been male focused, and the beer category has been generally male, but change seems to be seeping its way into the industry.

Winter beers are in all the taprooms in January, so we collected some samples from around the 405 for research, the result of which is the list below. Enjoy the winter warmers, and always shop local.

Angry Scotsman- Left Luggage Porter: A reduced gluten (not gluten-free) robust porter with delicious coffee and chocolate notes, just what you want in a porter.

Anthem- Chuggles the Barleywine: Hard to beat the name, and easy to love chocolate, caramel and whiskey notes in this big, really big, barleywine.

Elk Valley- Pumpeon Pumpkin Ale: It comes in at 14.5%, so summon your Lyft after the first one. It’s all the pumpkin you want, and the extra ABV will definitely warm you.

Lazy Circles- Cocoa Caliente: Still a few bottles in stores, and the taproom has this warm (almost spicy) Mexican Chocolate Stout with cinnamon, and guajillo and chipotle peppers.

Lively Beerworks- Milk Stout: What we expect from Lively is well-crafted, balanced beers for people who like beer, and the milk stout is true to form, with a touch of sweetness on the back.

Stonecloud- Nite Dark Lager: The twin to their Lite from 2020 (the pair deserve design awards for the cans), the dark lager is just as balanced and just as sessionable, with beautiful toasty malt character.

Twisted Spike- Rose Rock Irish Red Ale: This is the best of the batch we tasted from the Automobile Alley brewery. It’s a traditional – that’s a good thing – red ale.

Vanessa House- Power’s Out Imperial Stout: They call it a vanilla stout, and you’ll understand why when you dive into this “luscious” toasty stout.