A day trip to Salem, Massachusetts, from Boston is beautiful, historic and as witchy as you want it to be. Our recommendation is to go early and go heavy on the witchy. Especially if you are traveling in October – or June.

OK, October, sure: Witches and Halloween go together like spaghetti and meatballs. But why June? Stuff got real in Salem in June more than 300 years ago. That’s when the first witch was hanged.

Let’s start with a little Salem history primer. The town, which lies about 25 miles north of Boston, was founded in 1626 by Roger Conant and a group of immigrants from nearby Cape Ann. Salem was not its original name, but is derived from the Hebrew word for peace. It was first called Naumkeag, for the Native people who lived there.

In 1628, John Endicott led a group of settlers to the area who opened the door for thousands of Puritan settlers to arrive. Then, early in 1692, they freaked the heck out and began accusing one another of being witches, which led pretty quickly to the event that Salem is most known for: the Salem Witch Trials. In the space of three months, 19 innocent people were hanged and one man was pressed to death. The first witch hanging happened on June 10, 1692. More continued through the summer, with the final execution on Sept. 22.

Three centuries-plus later, our day in Salem began with a serene ferry ride across Boston Harbor. The sun was bright, the air was cool and the waters smooth. The city skyline from the harbor is beautiful, as are the small islands and coastal towns that lie between Boston and Salem. In just shy of an hour, we docked at Salem, hopped a trolley – and off we went to visit Lorelei the witch.

On our way to see her, we caught the highlights of Salem: the House of the Seven Gables, the Salem Witch Museum, the outstanding Peabody-Essex Museum, Salem Witch Trials Memorial, Witch House (the home of 17th-century witch trial judge Jonathan Corwin) and the oldest candy company in America, Ye Olde Pepper Companie. The small town is packed with historic sights, both witchy and non-witchy, and is easily and pleasantly walkable. When your dogs start to bark, just hop on the open-air trolley.

Lorelei Stathopoulos is the proprietor of Crow Haven Corner, Salem’s oldest witch shop. It’s everything you want a witch’s shop to be. The entry is up a tiny, narrow stair, and countless bowls and jars filled with ingredients – available by the ounce – fill a large table by the window. Books of spells, candles, jewelry, crystals, trinkets and a few T-shirts round out the merchandise available in the creaky-floored, incense-filled rooms. 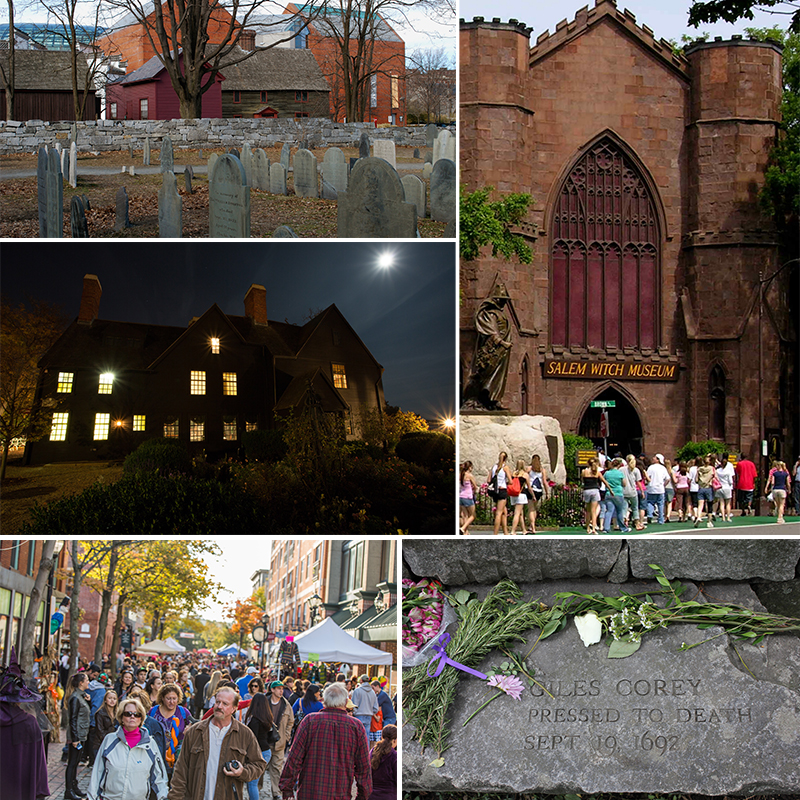 I was there for a reading, and was seated in a small parlor filled with framed portraits of cats and dogs, crystal balls, a large golden bowl filled with stones, Egyptian furnishings, lurid floral wallpaper, lots of urns, jars of herbs and, in the corner, a creepy jester doll. Soon, I heard the clump, clump, clump of high heels on the old wooden floors and thought, with a little start, and a whisper in my heart, “She’s coming!”

Stathopoulos burst in like the sun and immediately made me feel perfectly at home. She’s a vivid concoction herself, a former burlesque star with bright white-blond hair, pink and blue highlights and an accent like your favorite East Coast auntie. She’s a vegan, and very involved in Salem’s animal rescue efforts.

“I always knew I was a witch,” she smiles. “I’ve recreated myself several times. My mother was an astrologer and my grandmother was magic. Things have always happened that I couldn’t explain. There was a shootout in a club I worked in – I knew from the start something was up, and when the shooting started I ran up the stairs and started shoving other girls into lockers to survive. After that, I retired, had my son and wanted some stability, so I came to Salem and opened my shop.

“I call myself a witch of action. I pay kindness forward. Your every thought is an action. It starts with how you wake up.”

She does just 10 readings a day, and during the course of my session, she said she saw New York City in my future. I shared with her that I would be there the following day. She said, “You are going to have an interaction with a famous person. You’re going to meet someone famous – not a television or movie star, though.”

Sure, I thought. And I’ll fly there on my broom. But can I tell you that two days later my husband and I met famed designer Bob Mackie in a clothing store. Coincidence or magic? You decide. 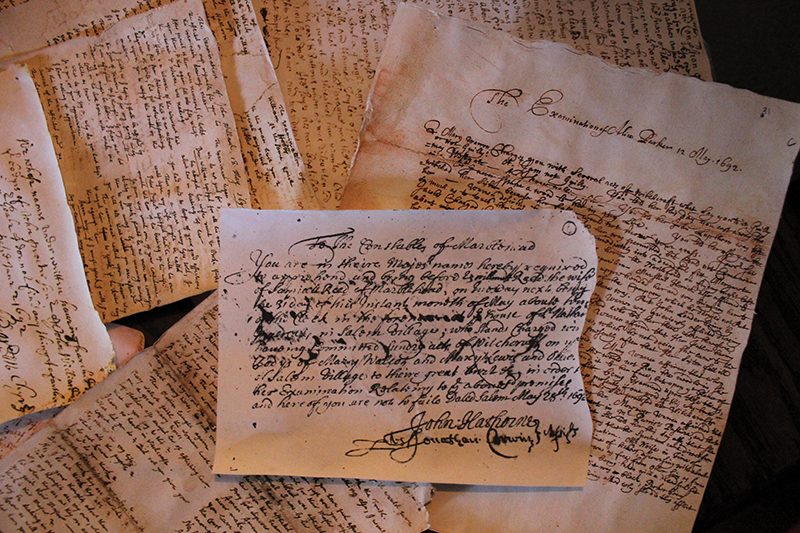 Arrive a little early for the Boston side of your ferry trip. After buying your tickets on Long Wharf, take a 7-minute walk to enjoy the best cannoli in Boston at Mike’s Pastry. Mike’s vies with cannoli rival Modern Pastry, across the street, for top honors. The only fair thing to do is to try both.

Salem is small, so be prepared to walk it. Wear comfortable shoes and layers. A chilly ferry ride may be followed by a warm and sunny afternoon, followed by another breezy ride back to Boston.

End of the road

The ancient cemetery, the Burying Point, is a little more to the right than you think if you are coming from the north. Here lies Justice John Hathorne, an ancestor of Nathaniel Hawthorne and one of the judges in the Witchcraft Court, among many others. The tombstone reading is fascinating.

Lunch at Sea Level Oyster Bar & Kitchen on Pickering Wharf is a treat for the senses. The views of beautiful nearby Marblehead across the harbor are quintessential New England, and the creamy, crispy and delicious Chowder Fries, a riff on the Canadian classic poutine, can easily be justified after all that walking!

While you can certainly still walk around and enjoy the restaurants and historic markers of Salem, the majority of the town, including most of the museums, closes up shop at 5 p.m.