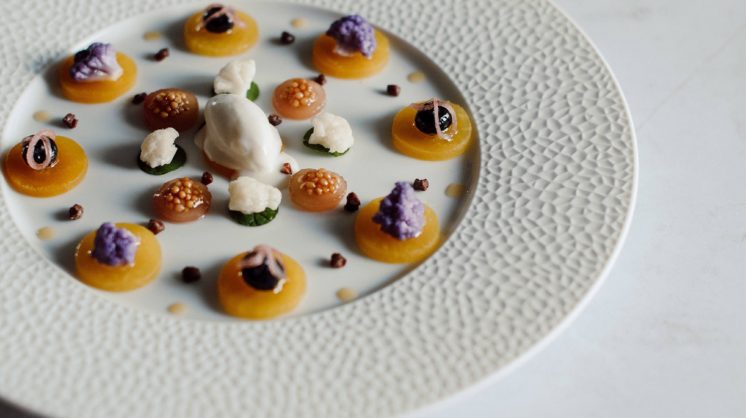 For at least the past four years, observers have been predicting the bursting of Oklahoma City’s restaurant expansion bubble. In 2018 and 2019, we saw more than 30 local restaurants per year added to the options, and we wrung our hands and wondered if this would be the year. When the pivotal year came, it wasn’t in the “we have too many options” kind of way; it was COVID, and is COVID still, and the resulting changes in the industry have been catastrophic at times. Concepts and companies have innovated, cut staff, cut costs, changed menus and lobbied for expanded offerings like alcohol delivery – anything to keep the doors open and diners showing up, even if only at the curb.

Writing jeremiads will be easy for 2020, but the hospitality industry is full of people who push on, who labor for weeks without days off, who respond to customer needs (and fears) and who, even in the middle of a pandemic, find ways to start something new. They are survivors, fighters, dreamers, a whole list of clichés that are cliché for good reason.

And so even in this most bizarre of years, we have best new restaurants, thanks in large part to the tenacity and hope of restaurateurs and the diligent work of their staffs, all of whom are to be commended for putting on their masks and trying their best to serve food, be kind and patient and ensure outstanding customer service in between trips to the clinic to have swabs shoved up their noses.

As for the rubric of what constitutes “best,” it’s most easily summed up by saying the restaurant had to have succeeded in hitting the target of being a specific kind of concept (as opposed to all things to all people) while also providing delicious food, outstanding customer service and an experience that makes diners want to return. That means fine dining isn’t competing against a kitchen tucked into a convenience store; they are both excellent in their own ways, so here’s to those who dared in the midst of COVID.

Chef Andrew Black took on a huge challenge when he decided to put three concepts into one space in Deep Deuce, and the challenge was further complicated when he decided one of those restaurants would be an upscale, tasting-menu experience called Grey Sweater. “Our philosophy is no allegiance,” Black says. “We source ingredients from all over the world. The menu changes constantly because we always want to be shaping new experiences for our guests.”

Describing the food simply is impossible, so just know that it’s beautiful and delicious in ways that make it easy to exhaust superlatives. The tables are not turned, so your seat is your seat for the entire evening, the bartenders are stellar, and the wine list is wide-ranging. For most of us, it’s not something we can afford often, but it’s also something you can’t afford to miss if you love the experience of dining.

This truck turned restaurant was the newest offering from Rachel Cope and her team in early 2020, and it was barely open when the shutdown came. A combination of punk rock meets delicious burgers, Burger Punk is also home to a phenomenal whiskey selection, the best frozen drink in the city – the Turbo, a blend of Evan Williams bottled-in-bond, cold brew coffee, coconut cream and bitters – and the Clash Burger, which Cope calls their signature. It’s American cheese, hoisin mayo, fried onions and peppers and nacho cheese Doritos, and it’s even better than it sounds. 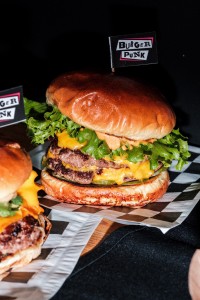 Burger Punk almost never happened, though, because Cope tried to sell the truck soon after purchasing it. “I got it thinking we’d use it for catering or something, but it was a pain to drive around, and I don’t think we used it more than a couple times for an event. I tried to sell it, but no one bit, so I had to come up with an idea.”

She was going through “a punk rock phase” (in her words) at the time, and while sitting on her couch one night, she came up with burger ideas, and not your normal burgers: punk rock-inspired burgers.

“I’ve always believed you build the concept and then find the building, not the reverse,” Cope said. “So we built the concept in the truck, and after opening Gun, I started to look around Paseo, and fell in love with the old Root location, and knew that was the building that fit the concept.”

Chef Patrick Morris and his business and life partner Kristen Bice were both Platt College instructors when they met. They decided to go into business practicing what they’d taught for years, and the truck Amici in Movimento was the result. The restaurant isn’t mobile anymore, as they’re now housed in the space formerly occupied by Old Germany in Choctaw. 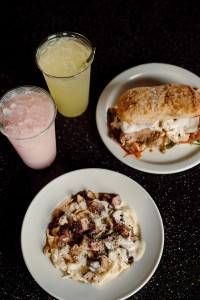 Morris and Bice make nearly everything in-house: sauces, Italian sodas, fresh bread, sausage, cured meats and their rightly famous giardiniera, an Italian relish. The “sandwich that started it all” according to Morris was the Manzo Caldo, a feast for two composed of thinly sliced roast beef, hot rosemary demiglace, cheese and giardiniera.

Travis Clark has won so many championships for his barbecue that it would take his allotted space to list them all. His most notable was the 31st Jack Daniel’s Invitational win, the Super Bowl of barbecue. Tasting his food, it’s easy to understand why he’s won so much. The former master electrician applied the same work ethic and attention to detail to barbecue, such that everything he produces is the result of meticulous adherence to the processes that create quality and flavor. 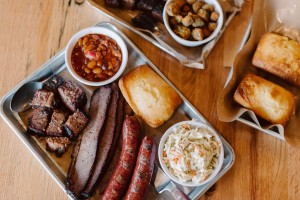 “People balked at our prices a little at first,” Clark says, “but we use Wagyu for the brisket, and we buy the best ingredients across the board. Once they tasted the quality difference, we stopped hearing so much about price.”

Start (and finish) with the cornbread. Get the beans; they’re champions, too, as is one of his sauces. People go for the brisket, but don’t sleep on the burnt ends, turkey or wings.

In the print version of the magazine, Lua is included as a best new restaurant, and we think they absolutely deserved the recognition. COVID has made for brutal operations environments, and for now at least, Lua has been a victim of the fallout combined with a week-long shutdown due to the ice storm. Chef-partner Shelby Sieg notified the staff on November 5 that Lua will be closed temporarily with plans to reopen spring 2021. We are pulling for them, and hope to eat that lamb tagine on the patio again come spring. 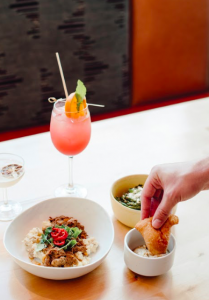 Chef Shelby Sieg went back to the Plaza District to help oversee the remaking of The Pritchard into Luá, a Mediterranean concept she operates with partners Aimee Ahpeatone and Riley Marshall. Lamb tagine is the standout, but the tzatziki is among the best in the city, and the chaluapa is a fantastic, flavorful “sandwich.”

The team behind Café 7 was invited to repurpose a kitchen in a convenience store at NW 164th and Rockwell. The genius move was to allow the long-term staff, all Latinx cooks, to bring their own skills to bear on the new menu: tacos, burritos, tortas and house-made chorizo and sauces. There are tables if you want to sit, and a drive-up window if you don’t, but make sure you ask for a few of the sauces. They are worth the drive.

The new Cuban concept on SW 29th brings real ropa vieja to OKC, along with other Cuban staples, including congri, plantains and cassava. The ropa vieja is the dish typically used to judge Cuban food – the Cuban sandwich was invented in the U.S. by Cuban immigrants – and it consists of shredded, stewed beef served with rice. The restaurant turns into a Cuban-Caribbean dance club on weekend nights, and a full bar is available.

The dumplings are handmade, as are the noodles, and the quality shows in every area. Yes, there’s a bit of a language barrier, but the menu is replete with pictures, and it’s focused enough to help you figure out which noodle bowl you want, after you order the dumplings. The braised beef is remarkably well done, and the portion sizes are just right.