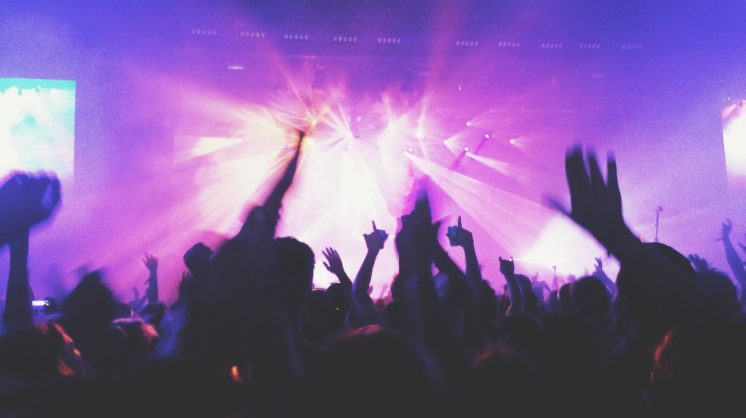 Photo by: Abigail Lynn on Unsplash

Oklahoma City will be hosting a plethora of fantastic musicians for all ages to enjoy this year, so we compiled this guide to 2022’s biggest concerts in the metro.

Starting out with a bang, the effervescent Elton John is set to perform his Farewell Yellow Brick Road Tour on Sunday, January 30th at 8 p.m. For a chance to vibe to his best hits, grab your friends (and a pair of sparkling sunglasses) and head over to the Paycom Center!

Nickelodeon’s JoJo Siwa dazzles on stage with her D.R.E.A.M. Tour, making its way to the Paycom Center on February 1st. From 7-11 p.m., grab your kids and rainbow apparel for a glitter-filled night of singing and dancing.

For all the classic rock band fans out there, Journey announced their Freedom Tour featuring Billy Idol himself! On March 17th at the Paycom Center, get ready to play the air guitar and jam to your favorite songs, starting at 7:30 p.m.

New Edition is back! The Culture Tour with Charlie Wilson + Jodeci hits the Paycom Center on March 27th at 7 p.m. Get some drinks and prepare for a killer blast from the past with this R&B group.

One of Britain’s biggest bands Bastille makes its way to The Jones Assembly for its upcoming ‘Give Me The Future’ tour on Sunday, May 15. Get tickets here!

On May 16th at 7:30 p.m., the Paycom Center is hosting the New Kids on the Block! With their Mixtape Tour of 2022, the band brings along special guests Salt-N-Pepa, Rick Astley, and En Vogue for a setlist of ultimate throwbacks.

Matchbox Twenty takes on The Zoo Amphitheatre this summer on June 22nd! Doors open at 6, so snag an early spot before the show starts at 7:30 p.m.

The Backstreet Boys are back with a highly-anticipated performance at the Paycom Center on September 14th at 7:30 p.m. Their DNA World Tour was rescheduled in OKC from prior dates in 2021, so now’s the time to jump at the chance to see this group jam out!

The Zoo Amphitheatre is hosting the Goo Goo Dolls on September 17th at 7:30 p.m. For the end of their Summer Tour, bring along some friends for a fantastic blend of alternative rock and pop!

The talented heartthrob Shawn Mendes visits the Paycom Center on September 27th at 7 p.m. for an all-out performance that you and your teens will obsess over. With his Wonder: The World Tour, prepare to sing your hearts out, and hopefully snag his!

Get ready for Keith Urban’s The Speed of Now World Tour as it takes over the Paycom Center on September 30th! Grab your seats early, as the show starts at 7 p.m. and is set to last until 11.