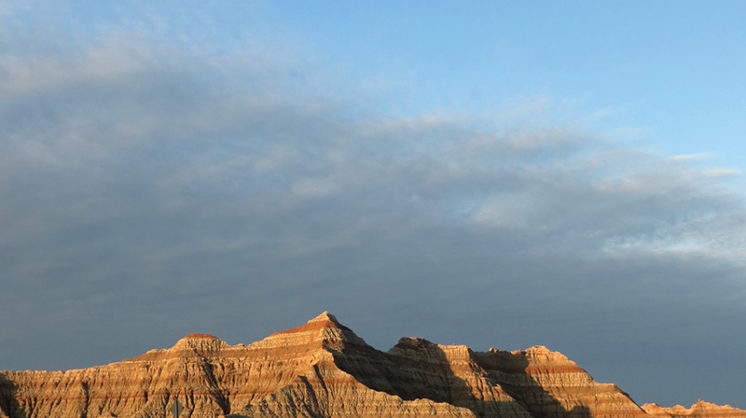 “There’s gold in them thar hills!” was the motto of the first rush of non-Native visitors to the Black Hills. The metal motive fizzled, but the scenic attractions of the western third of South Dakota kept the visitors coming.

The Black Hills are part of an ancient mountain chain covered with dark green pine trees that look black from a distance. The area’s appeal was kicked up a notch with the addition of the sculptures on Mount Rushmore. Today, tourists come to marvel at the memorial, enjoy national parks, watch wildlife and motorcycle through the mountains.

South Dakota is like a good buffet – the choices are nigh overwhelming. Here are some of my recommendations – mix and match at your leisure, and then consider coming back for another visit.

Start your exploration in the charming little town of Hot Springs, home to the Mammoth Site, a massive excavation area where more than five dozen mammoth skeletons have been discovered. Also in the area is the Black Hills Wild Horse Sanctuary, where you can see wild mustangs – descendants of Spanish horses and Choctaw ponies – running free across the prairie.

Wind Cave National Park is home to attractions above and below the ground. The prairie over the cavern is a sanctuary for native species whose numbers have dwindled over decades; bison, elk, antelope, mule deer and prairie dogs now re-inhabit the landscape. Wind Cave inhales and exhales like a living being through a small opening, and its original entrance was thought to be the birthplace of the Lakota Nation. Although lacking spectacular stalactites and stalagmites, Wind Cave is noted for boxwork, sheets of geometric deposits.

Another option in the area is exploring the beautiful calcite crystals, boxwork, drapery, stalactites and stalagmites of Jewel Cave National Monument. Several different tours are offered. The most popular, the Scenic Tour, involves going up and down 723 steps – the equivalent of 40 flights of stairs. Other options include a wheelchair-accessible tour, historic lantern tour and wild caving tour.

Sometimes scenery just isn’t enough. That was the thought of South Dakota historian Doane Robinson that led him to contact sculptor Gutzon Borglum, who was working on Stone Mountain in Georgia. Robinson envisioned the Needles, granite spires in the area, being carved into the likenesses of Western heroes. Borglum had his own idea – a panorama of presidents carved into a mountainside. The work took 14 years, 400 workers, almost $1 million and a lot of dynamite before its completion in 1941. It was finally, officially, dedicated as Mount Rushmore National Memorial on July 4, 1991, at the 50th anniversary celebration. 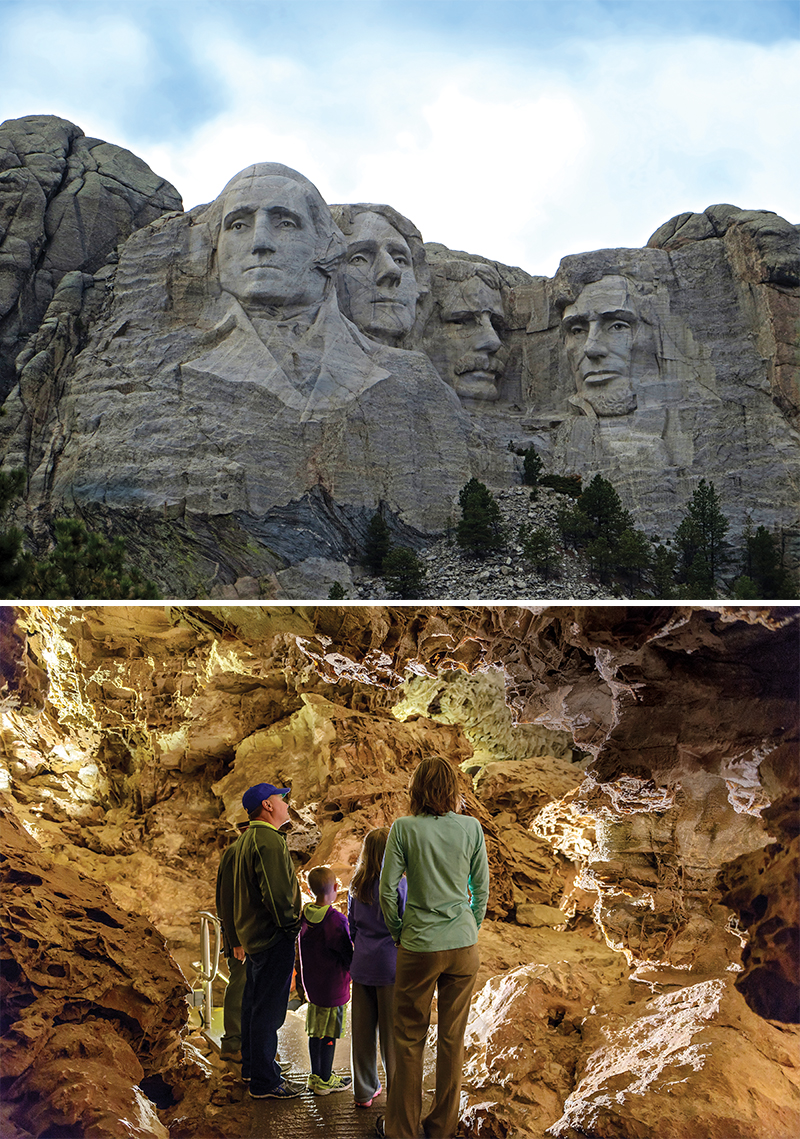 Scenic drives abound in this area and include the Needles Highway with its granite steeples and girdle-tight tunnels, and Iron Mountain Road, a favorite with motorcyclists for its pigtail bridges. Custer State Park deserves at least a day’s exploration. More than a thousand bison roam through the park’s 71,000 acres, along with pronghorn antelope, mountain goats, elk and burros.

Also in the area is the work-in-progress Crazy Horse Memorial. Sculptor Korczak Ziolkowski worked on Mount Rushmore and was invited by Chief Standing Bear to create a memorial to Native Americans. Work began in 1948. Ziolkowski died in 1982, but family members continue to work on his creation.

The northern portion of the Black Hills highlights the region’s mining history. The gold rush started in Deadwood, which grew from a rough mining camp into a rowdy town with legends such as Wild Bill Hickok and Calamity Jane figuring in the city’s history. Today, gamblers come to the casinos to hit it rich. Tourists looking for other treasures will find interesting museums, a trip-back-in-time townscape and Kevin Costner’s Tatanka – a museum and outdoor exhibitions dedicated to the Lakota and the bison.

Nearby, Lead sits atop what was one of the richest gold veins ever discovered. Learn more at the Black Hills Mining Museum and stop at the Homestake Visitor Center for a tour. The Homestake Mine grew from an 1876 mining claim into a huge operation until 2002.

A drive on the Spearfish Canyon Scenic Byway is a great way to head north to I-90 and a quick detour to a site too close to skip. Across the state line in Wyoming is Devils Tower National Monument. I’m probably dating myself, but I’ve wanted to see this geologic wonder ever since I watched Richard Dreyfuss mold a mashed potato mountain in Close Encounters of the Third Kind. I was not disappointed.

Heading back east on I-90, we had a couple more South Dakota treats in store. First was Wall – the tiny town with the really big drug store. Growing from free ice water and nickel coffee to draw tourists off the highway in 1931 to a roadside must-see, Wall Drug combines non-stop shopping with interesting – sometimes odd – displays and attractions, everything from donuts to dinosaurs.

Not far south of Wall is an entrance to Badlands National Park. Pioneers must have gotten an awful shock as they came across the prairie only to find it falling away into a landscape of barren hills and hoodoos. The drive through the park revealed mile after mile of desert-like scenery, punctuated by a few bighorn sheep. As the sun went down, the colors deepened into rich reds, yellows, even lavender.

We spent the night in one of the few cabins in the park – Cedar Pass Lodge – and I awoke in time to watch the sunrise. I drove alone, stopping at overlooks, breathing fresh morning air, hearing nothing but the wind. The changing light made magic on the scene.

What an amazing finish to a trip filled with wonders. And like a great Chinese meal, I’m already ready for more.