A Blissful Trip to Baja - 405 Magazine 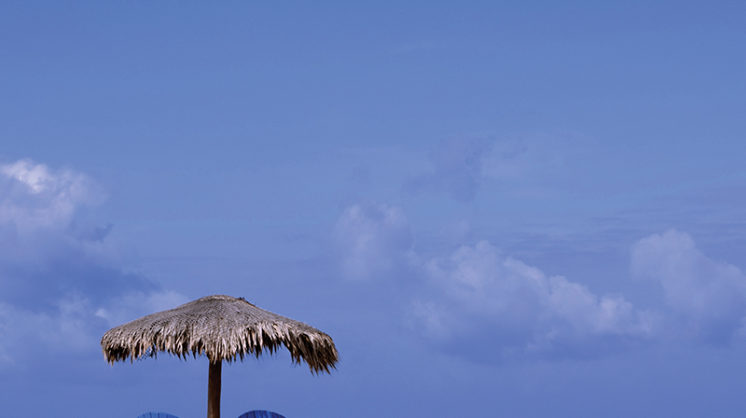 Mexico’s Baja Peninsula has long been a draw for travelers around the world – and while many come to Baja to experience solace and respite amid natural beauty, others are drawn to the area to indulge in the region’s explosive nightlife and cutting-edge culinary scene. Neither choice is wrong, especially as it depends on what kind of ambience travelers are seeking … although there should be no argument that the best option is to explore both.

SERENITY BY THE SEA

Waves crash, thunderous and peaceful, onto a beach that stretches up and down the Baja Peninsula. There are five umbrellas, a handful of simple but tastefully designed bungalows and three miles of Pacific sand in either direction. Despite the magnetic pastel glow of sunset and world-class surf, save my wife and I, there is not a soul in sight. Other than the ocean’s soothing tumult punctuated by the crackle of a wood fire, not just the beach in front of our boutique resort Rancho Pescadero, but the entire world is ours.

With a handmade flour tortilla, I mop up the last bits of queso-soaked chorizo from a cast iron skillet, chasing it with the final sip of a margarita made from local limes and house-made tequila, as our entrees arrive.

“The fish in tonight’s fish tacos is a yellowtail,” says our waiter, setting down two beautifully arranged entrees; one, the aforementioned fish tacos and the other, a flawlessly seared and thinly sliced hanger steak known as an Arranchera. The scent of seared local beef blends with the subtle scents of fire and salty air in dizzying fashion.

Our waiter, like all of Rancho Pescadero’s staff, feels more like a proud owner than mere employee. He turns his thoughtful gaze to the sea. “The yellowtail is fresh,” he says. His eyes sparkle from the flicker of the bonfire but more so, they light from a sense of pride and wellbeing. “I caught it this morning.” He shuffles away, and as the stars begin to reveal themselves by the thousands, once again Baja California’s beach belongs to us.

Located an hour north of Cabo San Lucas, Rancho Pescadero, with only 29 rooms, two pools and three dining areas, can most aptly be described as one of Mexico’s finest gems. An overwhelming sense of peace washes over guests as they enter the gates of Pescadero and step into its open-air lobby and courtyard. 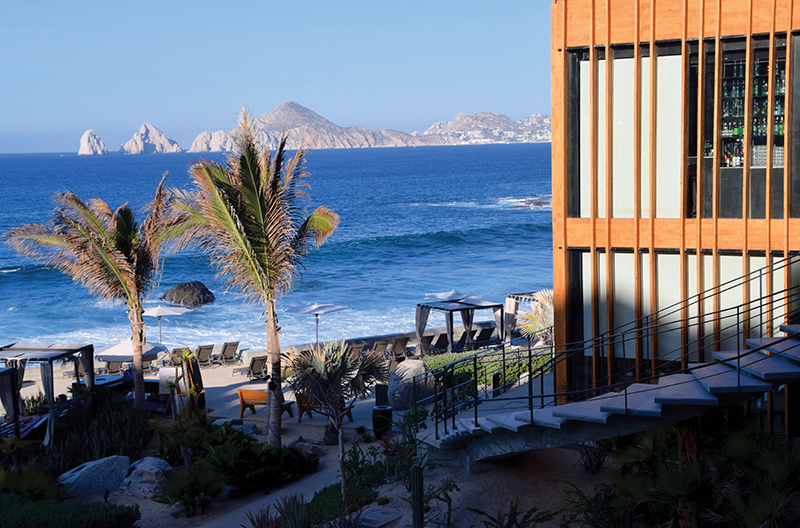 Each room is decorated with tranquil beach wood accents and canopied beds. Private patios look out onto a well-manicured grove of palm trees, and just beyond is the shore. Guests can choose to relax at the pool where mixologists use locally farmed produce to make craft cocktails, or they can take advantage of private bungalows located on the beach just steps away.

While the primary goal of Pescadero is to instill a sense of peace, this boutique hotel is not without its activities. Guests can participate in a daily yoga class, which takes place at the vacation-friendly hour of 10 a.m. Fishing poles are available for anyone interested in fishing from the shore, and if guests want to explore the area’s various beaches, Pescadero has bicycles available at any time. Chefs and mixologists also offer daily cooking and cocktail-making classes for guests hoping to somehow take some of Pescadero’s flavor home with them.

Despite no phones nor televisions in the rooms, Pescadero does have Wi-Fi that can be used near the hotel’s lobby. While it is a little jarring at first to unplug entirely, as the Mexican sun washes over you and the only sounds are waves and the occasional coo of a dove, as your waiter delivers your meal to the beach and the sun begins to set, your phone – and the rest of the world – will seem a million miles away.

For travelers seeking a little more human interaction, Cabo San Lucas offers dozens of high-end hotels within a short drive of the city’s primary harbor and shopping district, and none can compare to The Cape.

Nestled along Monuments Beach Point Break, this boutique hotel – designed by Mexico City’s famed architect Javier Sanchez – is a unique interweaving of Baja’s natural beauty and a distinguished but pulsing nightlife. The Cape’s two pools and surrounding cabanas seem to emerge naturally from the surrounding rocks. While cabanas offer seclusion and intimacy, guests gather at the infinity pool’s edge, cocktail in hand, to mingle and people-watch as music pumps and waves pound the shore in the background. 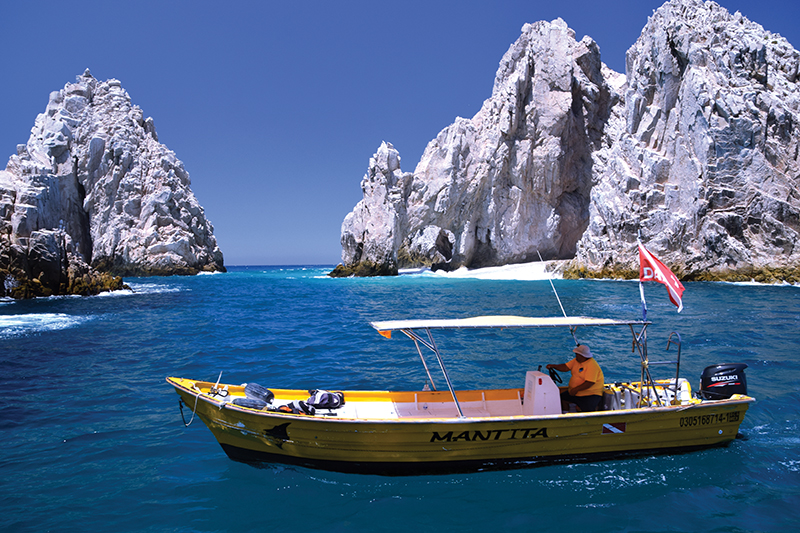 While tourists experiencing the nature-immersed infinity pool might feel as though they were a part of the sea, to enjoy a craft cocktail at The Cape’s Rooftop Bar as the sun sets just beyond Cabo’s famed El Arco is an experience akin to floating. The Rooftop is a lushly landscaped terrace centered on a circular bar with subtle décor and nuanced lighting. As the night progresses, so, too, does the energy of the crowd, transforming from ethereal to frenetic and making this one of the area’s most exclusive nightspots.

Each room at The Cape comes with an ocean-facing balcony, copper-leafed tubs, state-of-the-art rain showers and sateen-woven sheets. While any of The Cape’s six dining options are outstanding, few experiences can compare with eating on your own balcony looking over the Pacific.

THE BEST OF BOTH BAJAS

Whether you choose to stay at Rancho Pescadero or The Cape, no trip to Baja could be complete without venturing beyond the hotel and getting on a boat to experience some of the wonders of the surrounding area. Excursions, ranging from snorkeling with sea lions to sunset cruises, scuba diving to exploring the remote beaches of the Sea of Cortez, can be arranged through Cabo Adventures. With a headquarters and launching spot located in the heart of Cabo San Lucas, guests can explore some of Baja’s most treasured natural wonders before returning to the town of Cabo itself, indulging in the local curio shops, grabbing a drink or three and Cabo’s infamous Cabo Wabo before then returning to their respective hotels; be it a trendy hot spot or a remote resort along the sea, to once again indulge in some of Mexico’s purest pleasures.